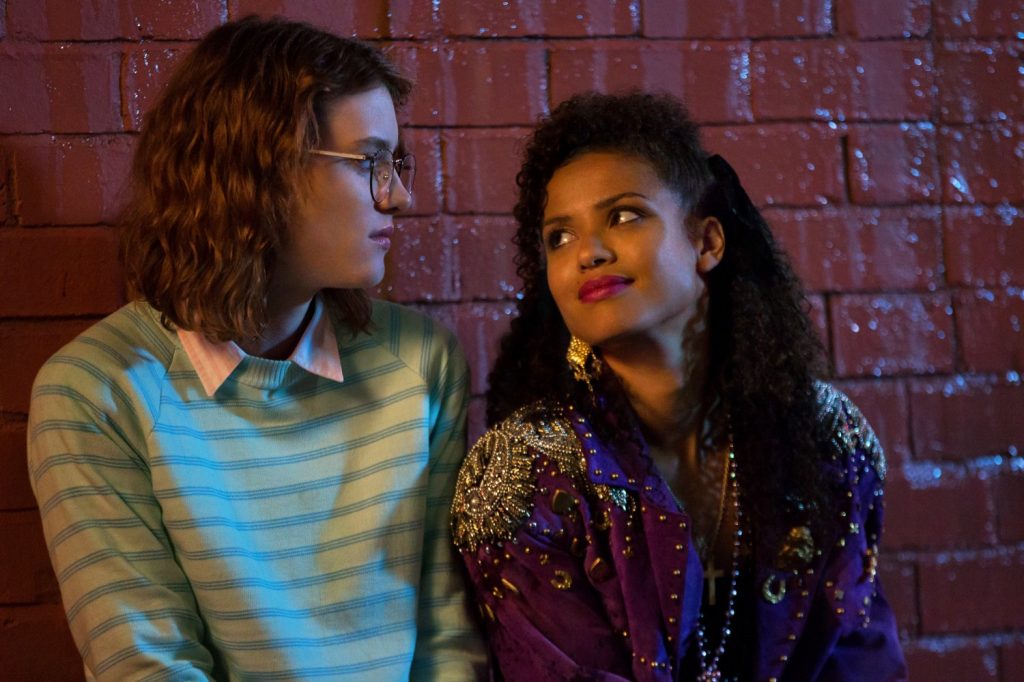 Black Mirror is one of the most intelligent shows out today. Created in 2011 by Charlie Brooker, the science fiction anthology series contains standalone episodes that deal with often satirical, and sometimes incredibly dark themes surrounding technology and modern society’s relationship with it. So, in honor of everyone’s favorite screwed up show returning for its fourth season on Netflix, I have decided to take a look at the first three seasons, counting down the five episodes I consider to be the greatest of the entire series.

Topping off the list is this gem of an episode. Being only the second episode of the series, this plot had the unique challenge of following the genius that was the show’s premiere, “The National Anthem,” and it succeeds in every way. “Fifteen Million Merits” is set in a world in which average citizens, all wearing similar grey clothing, have to cycle on bikes to earn currency called “merits” as well as to power the screens that they are literally surrounded by (the walls in their rooms, for example, are all screens). The main character of the story, Bing (Daniel Kaluuya) encourages a girl with a beautiful singing voice named Abi (Jessica Brown Findlay) to go on a talent game show. The episode manages to visually distinguish itself from the one prior with a much more technological and dystopian setting. It masterfully satirizes reality television with the game show “Hot Shot,” the equivalent to shows like “The X Factor,” as well as takes on our celebrity obsessed culture. For example, Abi’s humiliation and sexual objectification by the judges and audience at home alike leads to her having to abandon her actual talent and instead become basically a porn star to escape the mundane, almost slave-like life back at the cycles. This directly parallels the way in which women often have to become sexual objects in order to be successful in and to satisfy our patriarchal, misogynistic culture. Aside from the themes, the performances in this episode are some of the best in all of not just Black Mirror, but television in general. Daniel Kaluuya (pre-Get Out fame) is utterly fantastic as the tragic Bing, and his monologue towards the end of the episode is honestly one of the best performances I’ve ever seen in anything, period. With incredible performances, haunting plot lines (many I haven’t even touched on), and an ending that leaves you thinking about your own relationship with the screens in front of you, “Fifteen Million Merits” is my all time favorite episode of Black Mirror.

Season three’s “San Junipero” is the most unique episode of Black Mirror as it abandons the show’s usual pessimistic tone for a more hopeful, lighthearted one. The episode is set in 1987, being the first episode of Black Mirror that takes place in the past. Of course, we later find out that it isn’t actually the 80s, but instead a simulated reality that allows the elderly to visit an idyllic, seemingly always summer place called San Junipero. They can go to different times in the past in the body of their younger selves, allowing people to live there forever posthumously. Keeping up with technologically-focused themes of the series, this simulated reality mirrors virtual reality and how quickly it is developing and becoming something that could soon be used in everyday life, and not just in video games. It also brings up questions of whether a life that is absent of the things that makes living difficult—pain, death, and the unknown—is a life worth living, and how the way we live now with technology could possibly be bringing us closer and closer to a reality like San Junipero, one that is all in our heads. However, the thing that truly makes this episode one of the best is the relationship between its protagonists, the outgoing Kelly (Gugu Mbatha-Raw) and the sheltered Yorkie (Mackenzie Davis). This is Black Mirror’s first time dealing with issues of sexuality and it does so beautifully, placing the complicated but loving romance of these two woman at the center of the narrative. And that is what ultimately makes this episode so wonderful. It deals with some heavy themes like any episode of Black Mirror, but it considers the good that technology can do for us. Technology allows these two woman the opportunity to live happily forever, and gives Kelly a second chance at life and love. So while the moral questions are still at play, it looks at technology from an optimistic angle, making this episode a heartwarming and welcome change to Black Mirror’s normally pessimistic view.

In a complete shift in tone from my previous pick, “White Bear” has to be one of the darkest and most morally ambiguous episodes of Black Mirror. The episode begins with a woman named Victoria (Lenora Crichlow) waking up in a room with no recollection of who she is or what she’s doing there. As the episode continues, we see that everyone is seemingly under a trance that causes them to do nothing but record whatever is happening on their phones, rather than help the people who they are recording. It’s a strange episode for the first two-thirds, as it fails to really answer any questions the viewer may have. However, after this confusion , it is revealed that the entire thing is just a ploy, and that Victoria is actually a criminal who recorded her fiance murdering a little girl. The episode’s ending is incredibly haunting as they use technology to painfully erase all of Victoria’s memories so they can put her through the same torture again the next day to pay her back for what she did.The episode touches on the bystander effect, with people recording on their phones to share everything on social media, rather than helping the person they’re watching. But it also talks about the ethics of torture, and the role technology can possibly begin to play in our justice system. Also, the role regular citizens play—as the whole ploy is a theme park called “White Bear Justice Park” that people pay to go to and participate in the psychological torture of Victoria. By showing us the perspective of the criminal, we begin to sympathize with her, making it much easier for us to see her humanity, even after her terrible crime is revealed. It forces us to question the way we look at criminals on the news, and whether they should be granted any sympathy. A look at social media will show the way in which we revel in “justice” and wish for criminals to be given a taste of their own medicine. This episode, thus, asks a tough question: by seeking revenge on the criminal… are we any better?

This episode is different from others in that it does not have any futuristic, advanced technology. Instead, everything is incredibly grounded in the present, which fits the plot of the episode as the idea of someone hacking a person’s webcam is not something futuristic; it actually happens now everyday. The episode emphasizes the lack of privacy we have on our supposedly private devices. The fact that we never actually see who the hackers are gives them a very omniscient presence. It makes them feel like they’re everywhere and anywhere, which makes this episode truly terrifying. Furthermore, the reveal that Kenny was doing something that is not only deplorable, but completely illegal goes against all of the sympathy we felt for him the entire episode. In many ways, the episode brings up a lot of the same themes of “White Bear.” Once it is revealed that Kenny’s crime is worse than we thought, are we meant to completely stop sympathizing with him and the situation he is put through? Did he deserve to be toyed with like that? And if so, what will stop the hackers from revealing personal information about people who aren’t criminals? These questions, coupled with Lawther’s brilliant performance as Kenny, puts this episode on my list. And I have to emphasize that I have never been more blindsighted by an episode of television in my life.

Filling this fifth spot was tough. There were a few episodes, like “White Christmas” and “The National Anthem” that I was really considering giving this spot to. But, in the end, season two’s “Be Right Back” was just above the rest for me. This episode’s tragic story is as equally heartbreaking as it is creepy. The death of the main character Martha’s (Hayley Atwell) boyfriend Ash (Domhnall Gleeson) occurs in the beginning of the episode, giving us plenty of time to stay with Martha and her subsequent greif. When Martha begins talking with a virtual version of Ash accomplished by using his social media accounts, the episode begins to look at the way in which we use these online platforms. The virtual version of Ash, and the humanoid clone of him that she later purchases, are all very good imitations of Ash, but they are only imitations. There are things about his personality that they get wrong or can’t process because it wasn’t on his social media, hinting at the fact that on social media we are not our full authentic selves, but rather imitations of ourselves. The episode’s look at artificial intelligence is incredibly creepy as it reaches the depths of uncanny valley. The android Ash looks just like the real Ash, sounds just like the real Ash… but something isn’t quite right. It’s honestly the perfect recipe for a good horror movie. Furthermore, it brings into question whether a technology like this that allows people to talk with their deceased loved ones would actually be helpful in the grieving process. It is, in fact, Martha’s friend who recommended the service saying that it helped her when she was grieving. But, throughout the episode, it only seems to make Martha become more obsessed with idea of having Ash actually back as she begins to lose contact with her loved ones that are still alive and secludes herself with artificial Ash. She also pays a lot of money to continue this service. At what point does this stop being helpful and start to become exploitative? In summation, this episode does a really fantastic job at showing how technology itself may not be bad for us, but that it might instead be how we use it.

That concludes my list of my top 5 favorite episodes of seasons one through three. I’m excited to see what depraved but thoughtful depths Black Mirror will go to in season four. Stay tuned for an updated list of how the new episodes stack up with the rest! 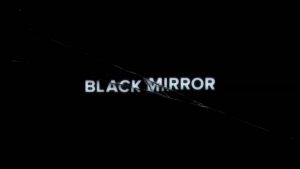