Beyond the Screen: How Skam’s Greatest Romance Touched the World 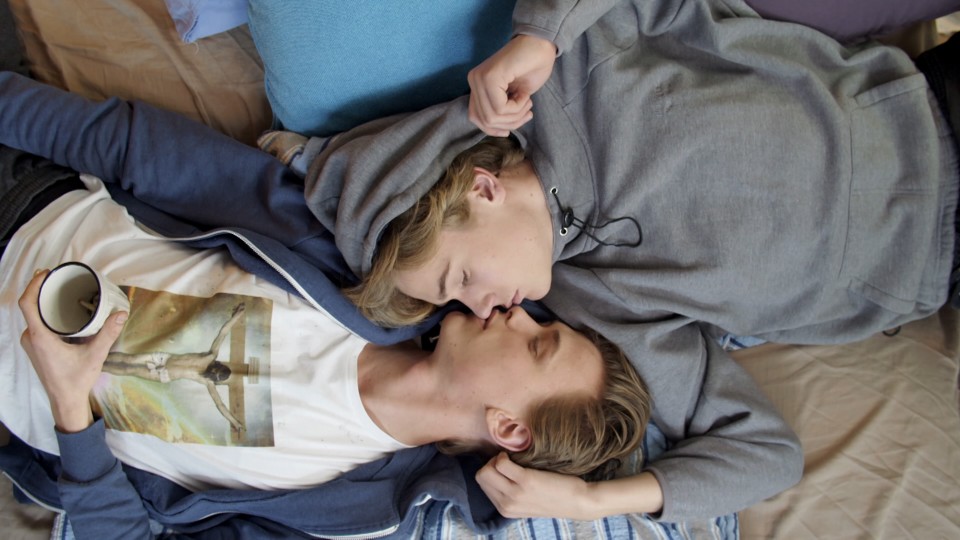 “Whether you believe in Allah or Jesus or evolution or parallel universes, there is only one thing we know for sure. That life is… now” – Isak Valtersen

In 2015, a Norwegian television show called Skam (“Shame”) was released. Skam followed the lives of a group of fictional teenagers attending Hartvig Nissen School, a real school in Oslo, Norway. The show was unique because it’s clips were released in real time, without warning. For example, if a party scene took place on a Saturday night, the clip of that scene would be released that Saturday night. On Fridays, the clips were compiled and aired on television to make that week’s complete episode. On days when there were no clips, the characters’ (not the actors’) Instagram posts and text messages were released in real time as well.

These elements contributed to a unique feeling of authenticity. The show’s creator, Julie Andem, shielded the young actors from the media, and there was no promotion before its launch. It was only after a few seasons that Andem allowed the actors to do any interviews. As a result, when viewers watched the show, they didn’t see actors playing teenagers—instead, they only associated the cast with their characters, allowing the world within Skam to feel like reality. The show’s writing is also so refreshingly real, as its creators spent years researching and interviewing actual teens. This wasn’t just a show; it was as close to real life for the teens watching as anything can get.

Each season followed a different main character from the group of teenagers. The third revolved around Isak Valtersen, portrayed by 18-year-old Tarjei Sandvik Moe, who struggles to accept his sexuality when he meets a boy named Even (Henrik Holm) and gradually begins falling in love with him. 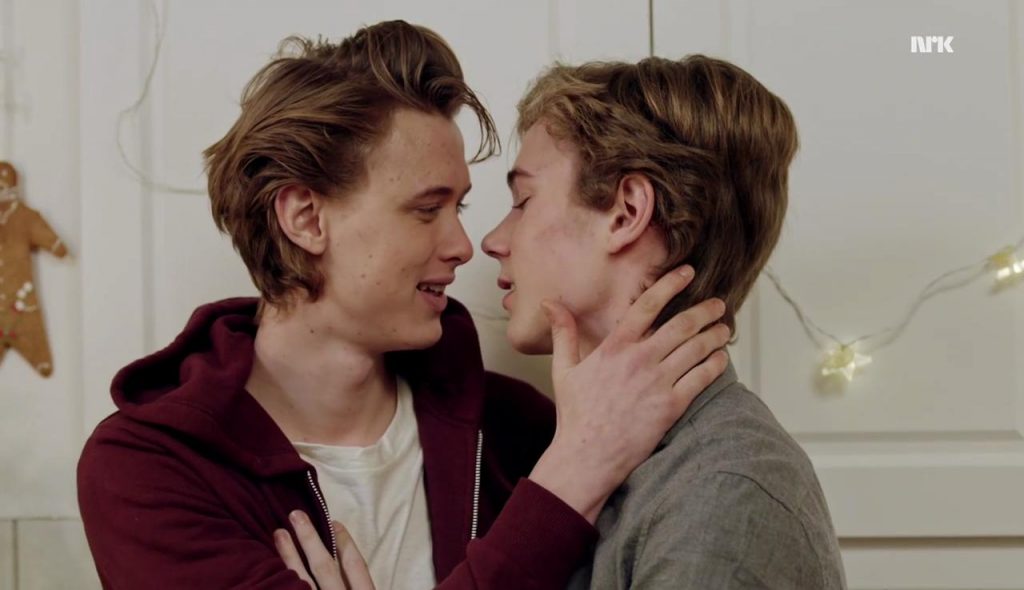 Henrik Holm and Tarjei Sandvik Moe as Even and Isak, respectively

Isak’s storyline had a huge impact on audiences worldwide. After season three’s success, Skam actors were no longer shielded from the media. In July 2017, Tarjei Sandvik Moe, Henrik Holm, Julie Andem, and Carl Martin Eggesbø (who played the openly gay character Eskild) all attended Oslo Pride, where they received the Fryd award in recognition of their positive and groundbreaking portrayal of sexuality on Skam. At the Gullruten Awards in 2017, Holm and Moe both received the People’s Choice Award. A particularly beautiful scene of affection between Isak and Even also received an award for “TV Moment of the Year.”

Skam’s social media presence exploded during season three, expanding its reach outside of Norway. By the end of 2016, Skam had trended globally on Twitter numerous times. In December 2017, Tumblr revealed that Skam was the platform’s number one talked-about show of the year, beating out incredibly popular American shows like Game of Thrones and Stranger Things. Perhaps one of the most concrete examples of the impact of Isak and Even’s story is their victory in an E! Online poll for 2017’s Best TV Couple, beating couples from shows like Teen Wolf and The Vampire Diaries.

Clearly something special about Isak’s story in particular touched audiences in a way that Skam previously hadn’t. Queer stories are becoming increasingly more mainstream as audiences begin to demand more LGBTQ representation, but not every story featuring LGBTQ characters has the impact that Isak’s did. That has a lot to do with the genuine approach the Skam writers and actors took to telling this story. They aren’t quick to stereotype, nor do they make the gay romance secondary to a straight one. Isak and Even’s love is front and center. It unflinchingly commands the viewer’s attention in a way that is simultaneously raw and wholesome.

One of the most heartwarming scenes in the entire series is a quiet conversation on a bench in which Isak comes out to his best friend Jonas (Marlon Valdés Langeland). Except, it’s not like most coming out scenes in television; in many ways, it isn’t strictly a coming out scene. Instead, it’s simply a conversation in which a boy tells his best friend that he has a crush on a boy. Jonas doesn’t even react when Isak tells him “it’s not a girl”—the conversation just continues. It’s a non-event, completely normal, as it always should be. 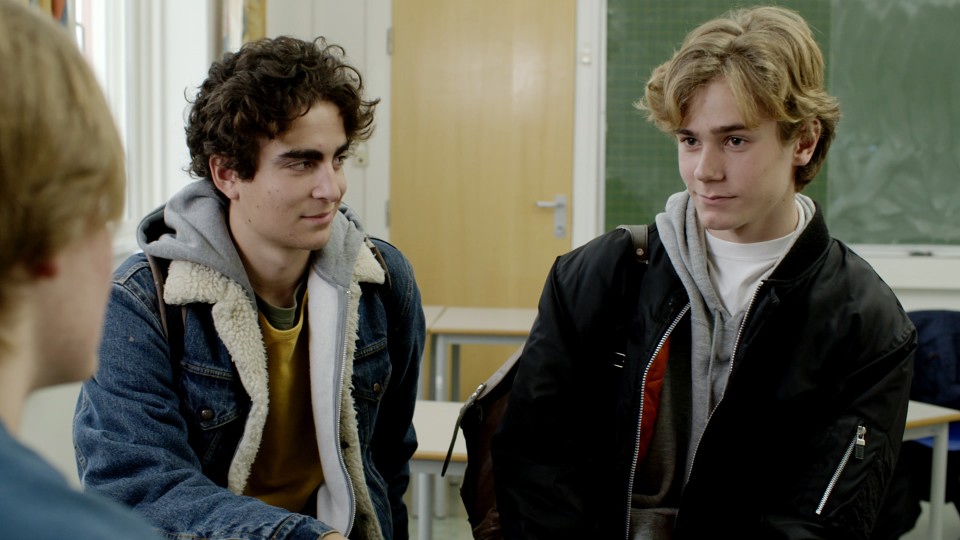 Skam has broken ground with scenes that touch on acceptance, keeping Isak and Even’s love at the center of the narrative. But the show doesn’t pretend that being gay makes you immune to ignorance yourself. Eskild, Isak’s openly gay roommate, is what is considered the “stereotypical gay” character, as he is incredibly flamboyant and often provides comedic relief. However, when Isak tells Eskild that he won’t be like Eskild and fall into the gay stereotype, wear makeup or go to Pride, Eskild changes his tone and becomes fiercely serious. He explains to Isak that he isn’t being a stereotype—he’s being himself. All the flamboyant gay men who wear makeup and go to Pride, those who Isak is implicitly putting himself above, often risk or sometimes even sacrifice their lives, not to be some stereotype but to be who they are.

This scene shocked me when I first saw it because of its incredibly blunt self-awareness. This show not only broke grounds in its portrayal of a gay relationship, but was also willing to confront the internalized homophobia that exists within the LGBTQ community through its own main character. I have never seen this handled, with such sincerity and passion, particularly through the performances given by Moe and Eggesbø. In season four, when an Instagram post is released online from Isak that shows Even kissing him on the cheek, with the caption “happy pride,” accompanied by a rainbow flag emoji, it’s clear that the character Isak learned and grew because of this moment—just like the audience.

Isak’s homosexuality is not the only takeaway from his story. His season also tackles mental illness, as it is revealed that Even has bipolar disorder. Isak struggles to come to terms with it, but eventually finds Even and tells him he is not alone in the scene that won the previously mentioned Best TV Moment of the Year. And in the next episode, there’s a beautiful moment in which Even worries that because he is bipolar, their relationship won’t last. Isak tells him to stop worrying about the future and that they’ll play a game called “Isak and Even, minute by minute.”

This line sums up beautifully why this season has allowed audiences of all kinds to connect with it. For me, it’s all about living in the present. So much can happen in the future, but worrying about it won’t solve anything. In the end, living life for now rather than out of fear of what could happen is the most important and rewarding thing. As someone who often struggles with anxiety over what could happen days, months, and years from now, the idea of slowing down and taking things “minute by minute” is a comforting one.

Skam is a brilliant show, a show that is unflinching in its portrayal of teenage life, a show that doesn’t patronize nor trivialize its audience and their struggles. In season three, Skam managed to tell a story that was as much about a romance between two boys as it was about mental illness, learning to live in the present, and acceptance from loved ones and oneself. Isak and Even’s romance is perhaps one of the most beautifully written stories that I’ve had the pleasure of watching and has taught the world about life and love, minute by minute.

Beyond the Screen is a bi-weekly column, written by Dajour Evans, designed to explore both the personal and societal impacts of film and television. Each new piece will analyze a particularly influential film or a television show, sometimes as a whole and sometimes just focusing on a character or season. It will discuss how and why why the topic became so influential to audiences and examine the impact that film and television can have on the way people view the world. Beyond the Screen appears online every other Saturday.

This is a phenomena that is now in France and Italy, Germany and Spain. Here’s to hoping it will spread to the US just like Øyevitne did which was remade in the US as the excellent series Eyewitness