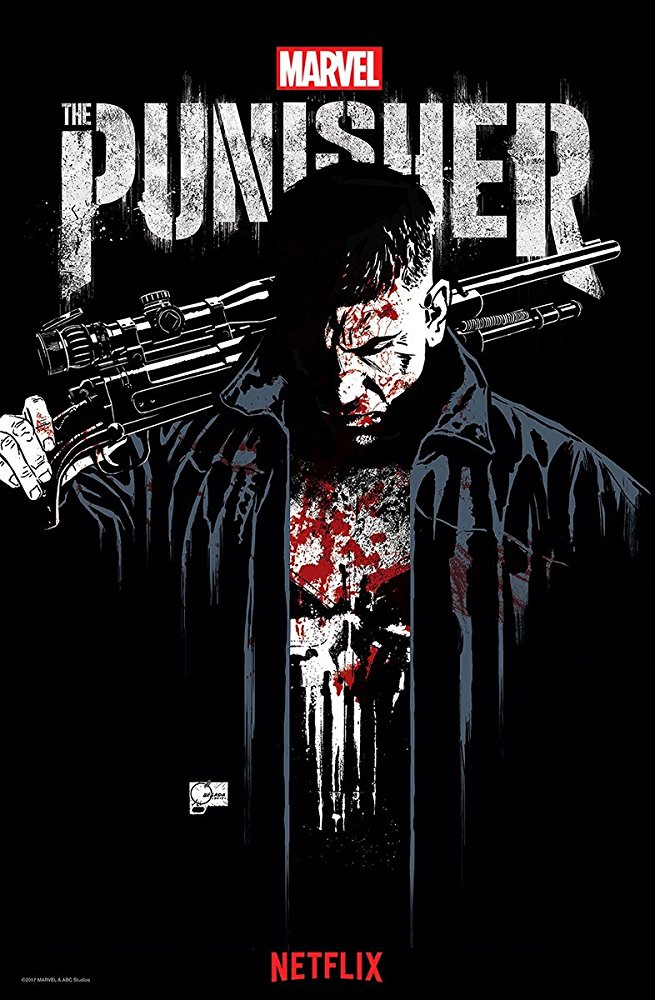 Out of all the things about this show, Marvel’s The Punisher’s release date had to be the most puzzling. Planned for November 2017 after fans’ wildly positive reviews about the character’s first appearance in Daredevil, it premiered right after Marvel’s Defenders, somehow closing the year for the Marvel Netflix shows despite being, up to that point, merely a spin-off. However, after the show’s release, The Punisher ended up being just what the Marvel Netflix universe needed: a show that brought back the best of their formula paired with the promise of things still to come.

The show kicks off with Frank Castle (Jon Bernthal) having retired from his role as the Punisher after killing everyone involved in the murder of his family. His “retirement” is cut short by David Lieberman (Ebon Moss-Bachrach), also known as Micro, a former NSA analyst who faked his own death to protect his family and now needs Castle’s help to take down a government conspiracy. Not surprisingly, this involves Castle’s past, including his family’s murder and a CIA agent from his past, William Rawlins (Paul Schulze). Meanwhile, as the two set off to take down those involved in the conspiracy, Agent Dinah Madani (Amber Rose Revah) returns to New York to find out what happened to Kandahar, another agent who she met abroad. To her, everything seems to lead to a confidential mission with Castle, but, as his whereabouts are unknown, she instead begins looking for information by getting closer to Billy Russo (Ben Barnes), Castle’s former best friend who also served him, not knowing that Russo might be more dangerous than she believes.

One thing about this show that never disappoints is its lead character and the actor behind him. Castle exemplifies how greatly developed Marvel Netflix protagonists are while still being distinctly different from the rest of them. His motivation to take down a massive government operation is clear, but his constant suffering from nightmares and flashbacks about his family makes it painfully real how personal this mission is to him. He is someone who prefers to act alone, and yet he steers away from being a generic “lone wolf” archetype as he develops ties to Micro and Karen Page (Deborah Ann Woll). Castle wants to kill the ones involved in the conspiracy, describing his condition to Micro as “No trials. No bullshit. They die.” And yet numerous times he spares the lives of lone soldiers working for Rawlins, saying he doesn’t want to have to kill them. He certainly isn’t a “no killing ever” hero like Daredevil, but he also doesn’t murder everyone, implying that he does have some sort of moral code. These conflicts between different aspects of his personality make him an interesting character to follow since his intentions and actions are never completely predictable. Along with the phenomenal writing behind the character, there is also Bernthal’s breathtaking performance as Castle. His voice morphs from menacing whispers to panicked stutters to impersonal tones, always fitting the situation and never sounding forced. His eye contact sometimes seems to almost drill a bullet in someone’s head, but at times it goes all over the place, almost like he is seeing something that isn’t there. It’s haunting, and it takes the war inside of Castle to a whole other level.

The Punisher’s plot, although dangerously close to a stereotypical government conspiracy narrative at first, provides a great continuation for its main character. Similar to shows like Marvel’s Jessica Jones, The Punisher isn’t an origin story. Instead, it is about Castle dealing with his past and seeking some sort of closure. Although it’s a small detail, it was definitely one of my favorite things about the show. Castle lost his wife, his daughter, and his son in a shooting, so it seems logical for him to want to take down the ones involved in this, as he did in Daredevil. However, The Punisher masterfully provides Castle with separate, less obvious redemption moments. For instance, he spends the entire show helping Micro get back to his family, which is strangely like his own: Micro also has a wife, a daughter, and a son. Not wanting to give too many spoilers, there is a moment in the season’s finale where Castle has to save a woman, a girl, and a boy in the same carousel where his family died. These mirroring moments are beautifully crafted throughout the show, and, while Castle’s family is never coming back, they provide his character with a much needed redemption. It is a small victory, but it’s a victory nonetheless.

The success of a Marvel Netflix show depends on its villain just as much as its hero, and The Punisher doesn’t disappoint in this category. The season’s main villain is William Rawlins, who is behind the whole scheme that Castle and Micro want to take down. Rawlins is a tad one-dimensional at times, but Schulze’s brutal performance in later episodes makes his character both frightening and memorable. However, it is not Rawlins who steals the villain spotlight; it’s Billy Russo. Comic fans are familiar with him as Jigsaw, one of the Punisher’s main villains. However, The Punisher’s first season features Russo in his pre-Jigsaw days, and, arguably, for the first half of the show, he doesn’t take part in any villainous actions. He flirts back with Madani for information and leads a military company, but, for the most part, he seems to steer away from the main conflict. However, this truly highlights just how secretive and treacherous he is, and, when his disguise comes apart, all hell breaks loose. Speaking of treachery, while Russo backstabs many people, nothing compares to his link to Castle. He shares a history with Castle, having served in the Marines with him and been part of his family. They’re practically brothers, which makes his betrayal to Castle so powerful. To top it all off, Ben Barnes’ acting makes Russo the perfect combination of charming, arrogant, and cunning. He stabs people without flinching. He washes blood off Madani’s face with a somehow caring but impersonal expression. He flirts with Madani and chats up government officials, and there’s just something about the way he looks at them, like he could kill them in a second if he wanted. Barnes’ performance is just as breathtaking and expressive as Bernthal’s, and this ideal match between them makes Russo easily one of the best Marvel Netflix villains to date, and one that hopefully will return in the next season.

Despite all that this show has going for it, one of the greatest tragedies is in its inability to nail down a theme. The best rated Marvel Netflix shows all share a discussion of a real-world topic: Daredevil deals with justice, Jessica Jones handles the idea of consent, and Luke Cage focuses on race. The Punisher is at its best when it discusses the concept of truth, as much of its marketing suggested it would with the slogan of “the truth must be taken.” Many of its characters are determined to find the truth, whether it’s Micro and Castle with their personal motivations or Madani and Page with their professions (Madani as an agent, Page as a journalist). The characters also have despairingly different points of view, like Madani believing there is only one truth while Micro understanding that it gets manipulated and distorted over and over again. Episode 10, “Virtue of the Vicious”, which was shot to convey multiple points of view of the same scene, reveals how the truth changes from person to person. The problem is that, unfortunately, the show chose to talk about other themes aside from truth, which created a mess. Its discussion on PTSD was limited only to support groups and flashbacks, and its attempt at dealing with gun control, despite doing a better job at involving the main characters, appears almost at random throughout the show and never really adds anything to the conversation. I’m not saying that The Punisher shouldn’t be tackling these topics. In fact, it probably was one of the best shows to involve these. However, it would have been better to stick to the original theme of truth and save these for future seasons, instead of cramming everything together.

Despite this setback, The Punisher is still a show well worth watching. The supporting cast is astounding, particularly Moss-Bachrach’s Lieberman and Revah’s Madani. The smoke and guns intro with heavy guitar background music is impossible not to get addicted to. The show never shies away from being bloody and brutal in its fight scenes, some of the highlights being in Episode 11, “Danger Close,” and Episode 13, “Memento Mori.” I could go on. In fact, I could probably spend the whole day telling you just how great this show is, but the truth is that it’s best to see it for yourself. Marvel’s The Punisher isn’t for the faint of heart. But, then again, that means it truly does Frank Castle justice. 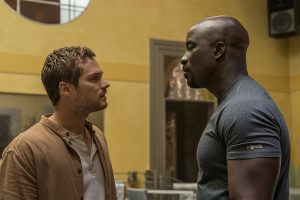