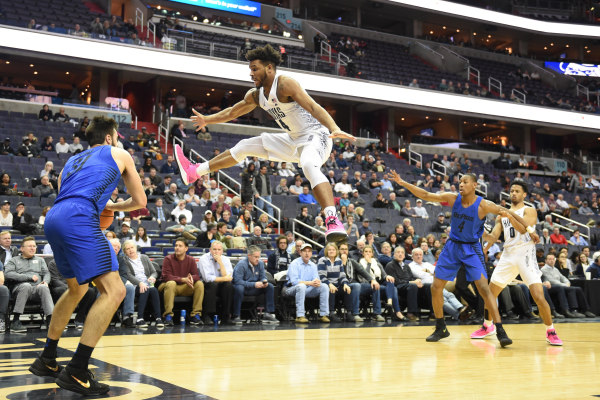 The Georgetown men’s basketball team (13-7, 3-6 Big East) travels to Omaha, Nebraska to face Creighton (16-5, 6-3 Big East). The Bluejays won the first meeting between the teams on January 6 with a blowout, 90-66 win at Capital One Arena. With a perfect 12-0 record at home this year, Creighton looks poised for the sweep.

In the team’s previous meeting, Creighton shot 16-36 from three-point range and had four players score in double figures. Senior forward Toby Hegner had a game-high 19 points on a day where the Bluejays scored 18 points off of the Hoyas’ 15 turnovers.

Georgetown won’t enter the game in the same fashion as the Bluejays, as the Hoyas look to bounce back from a heartbreaking 74-73 loss to DePaul (9-11, 2-6 Big East). Junior forward Marcus Derrickson scored 23 points in the loss, as the Hoyas could not stop Blue Demons junior guard Eli Cain, who scored 27 points, including the game-winning shot after the Hoyas failed to corral a rebound in the final minute.

The recent play of freshman guard Jamorko Pickett is a bright spot for the Hoyas, as he has now posted two straight career-highs: Pickett first scored 16 points against St. John’s and then 19 against DePaul, and added eight rebounds to lead the Georgetown rebounding effort. The young Hoya has exhibited an improved all-around game instead of solely taking long jumpers.

“Right before the St. John’s game, everybody was telling me, coaches, fans, family, that you can’t just be a jump shooter, especially when your shot’s not falling,” Pickett said.

Pickett’s elevation of his game has helped the Hoyas stay competitive despite the slump of leading scorer and rebounder, junior center Jessie Govan. After getting into early foul trouble against St. John’s and being a non-factor for much of the game, Govan followed it up with a five point, five rebound performance on Wednesday, far short of his 16.7 points and 10.6 rebounds per game averages.

The Hoyas will also need to improve on their earlier performance against the Bluejays, where Govan and Derrickson played a mere 15 and 23 minutes in the blowout, respectively. Govan and Derrickson, Georgetown’s two leading scorers and rebounders , combined for a total of 11 points and 10 rebounds and took a combined twelve shots. Govan took one trip to the line, and Derrickson to none, giving the duo no chance for easy points from free throws.

Govan and Derrickson should fare better this time against Creighton, as Bluejays sophomore forward Martin Krampelj is out for the season with an ACL tear. Krampelj led the Bluejays with 8.1 rebounds per game before his injury, and recorded a double-double against the Hoyas with 12 points and 11 rebounds in the first meeting.

Tip-off is scheduled for 8 p.m. ET and broadcast on CBS Sports Network. Follow @GUVoiceSports on Twitter for live updates and breaking news. 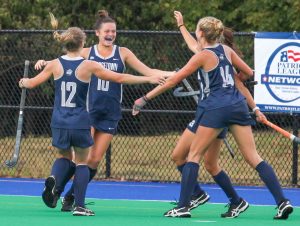