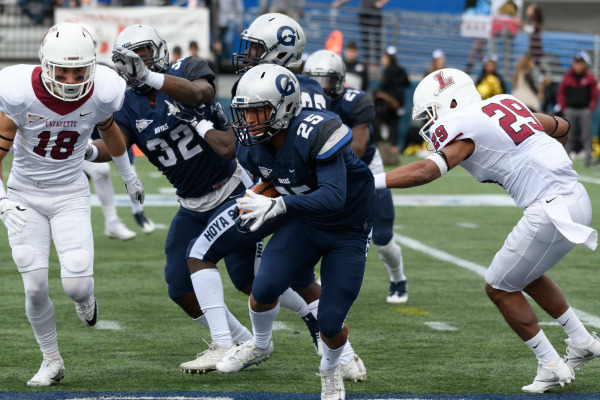 On Saturday, the Georgetown Hoyas football team (1-0, Patriot League) will host the Campbell Fighting Camels (1-0, Big South) in their home opener. The Hoyas are coming off a 39-14 victory over the Marist Red Foxes (0-1. Pioneer League), in what was a strong showing on both sides of the ball. Campbell also had an explosive start, taking their opening game 49-26 over Chowan University (0-1, CIAA).

As for the defense, Marist was stifled on Saturday, being held scoreless through the first half. Georgetown forced either a turnover or a punt on 12 of 14 drives. Additionally, senior defensive back Blaise Brown picked up Patriot League defensive player of the week honors, following his two-interception performance. Junior kicker Brad Hurst also earned special teams player of the week honors, as he went 4-4 on PAT attempts, converted a 23-yard field goal, and even caught a 2-point conversion pass. The Blue & Gray will look to continue firing on all cylinders when they take the field on Cooper for the first time in 2018.

Campbell’s redshirt sophomore quarterback Daniel Smith’s season debut was just as productive as Johnson’s. The Virginia native racked up 332 total offensive yards and five touchdowns overall. 260 of those yards and 3 of the touchdowns were in the air. All three passing touchdowns were deep, at distances of 49, 72, and 47 yards. Smith was also named Big South’s offensive player of the week.

The Hoya defense will have a new challenge on their hands in containing Smith, a legitimate dual-threat quarterback, as will the Campbell defense with Johnson.

The game will kick off at Cooper Field at 12:30 E.T. and can be streamed on the Patriot League Network. Follow @GUVoiceSports for game day updates and continuing coverage of Georgetown fall sports. 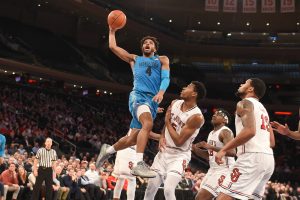