Beyond the Beats: Reckon with Homophobia in Hip-Hop 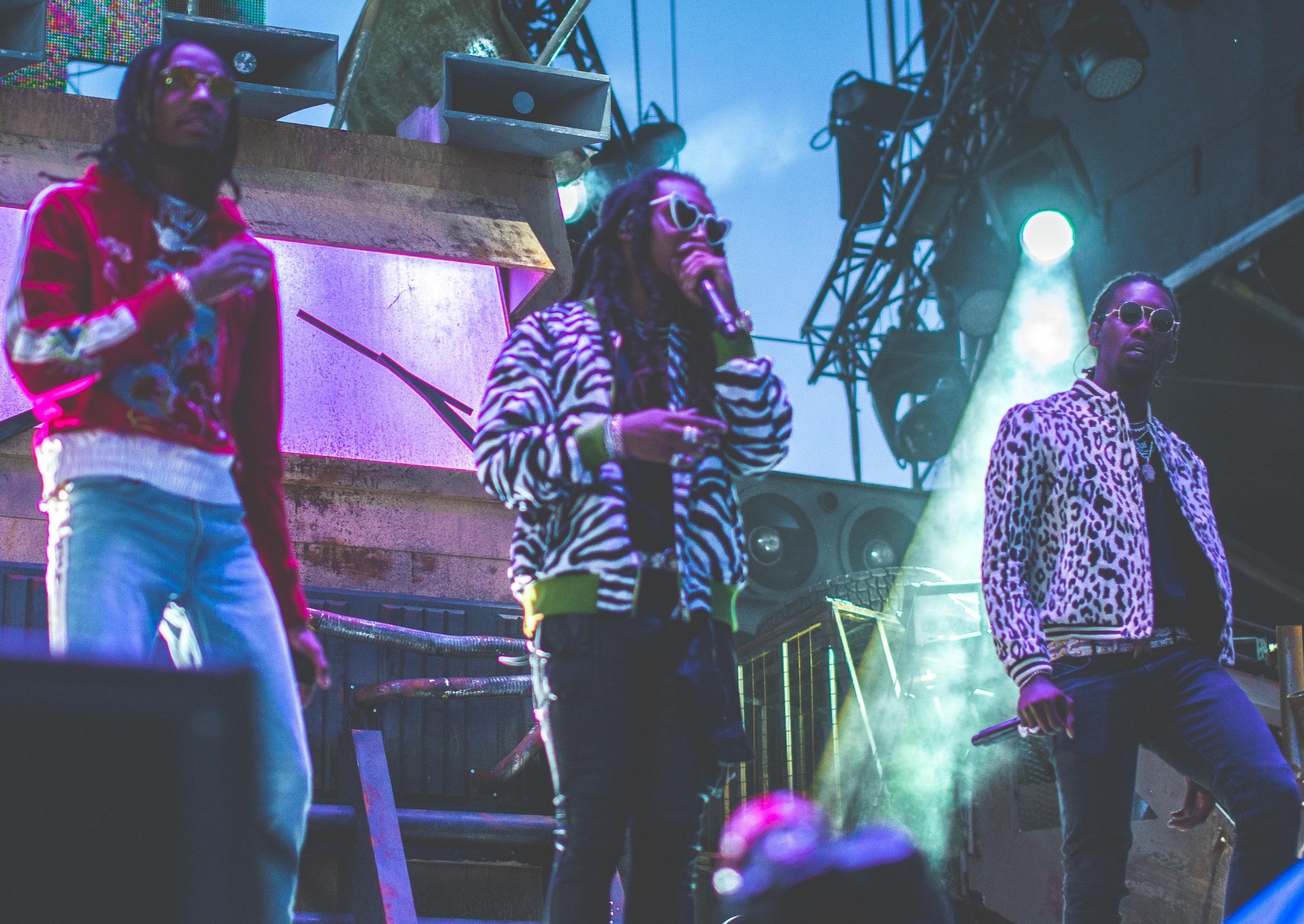 For the Voice’s 2017’s end of year list, I wrote about why Migos’ Culture was one of the best albums of the year. Migos, one of the most popular rap groups of 2017, solidified Atlanta as the reigning capital of rap music and brought the trap sound into the mainstream, with its rattling hi-hats, 808-machine beats, and drug, money, and sex-fueled lyrics. The album delivered on the classic elements of trap, while staying refreshing and surprising with clever lyricism, intoxicating flow, and inventive instrumentals. Culture has had a huge influence on trap’s increasing popularity, through viral hits like “Bad ‘n Boujee,” “Slippery,” and “T-Shirt.” Members Quavo, Offset, and Takeoff quickly capitalized on their newfound fame, appearing on features across the musical spectrum, from Katy Perry to Lil Pump. On one of these features, “Boss Life” by YFN Lucci, Offset made blatantly derogatory comments about gay people, saying “I cannot vibe with queers.” This is not okay.

Homophobia is not unusual for Migos, nor is it unusual for rap music as a whole. The group has had a number of allegations of homophobia, and has consistently provided lackluster responses to them. After rapper ILOVEMAKONNEN publicly came out, the trio was aghast at the support he received. “That’s wack, bro,” Quavo said in response, according to Rolling Stone. In response to backlash over his line in “Boss Life,” Offset posted a screen capture of the definition of “queer” and wrote, “I didn’t write the line about gay people… I’m offended I offended anybody.”

This apology and explanation are unsatisfactory given the long history of the term “queer” as a slur, especially when used as a noun, as Offset does in his line. At its inception, the term derogatively referred to effeminate gay men, and even since its recent appropriation by the LGBTQ+ community, the term’s use has not been acceptable in contexts such as these. Since the legalization of gay marriage in 2015, awareness of LGBTQ+ issues has burgeoned, and being “woke” has become popular throughout the country, from high schools to pop music. The meaning and history of the term have, in many ways, become common knowledge. On its own, this line is blatantly offensive, and in light of Migos’ history with homophobia, it is a piece of the greater picture of the band’s prejudice.

Now we must look to the band’s latest album and how it can be treated in light of recent events. The Voice ranked Culture as the sixth-best album of 2017, and I wrote that the Migos trio “encapsulate the best that trap rap has to offer.” I no longer believe this is the case. The album’s musical qualities have not changed—the hooks are still infectious and the flows butter-smooth, and it still displays the defining tropes of trap music, but I do not believe that they present the “best” that trap rap can offer.

As one of the biggest albums of the year, Culture indicated a momentous change in the music industry in 2017: rap and hip-hop became the most-consumed genre in the US.  Now that the genre has assumed such cultural prominence, its creators, critics, and consumers must also confront its long history of homophobia.

Throughout its history, rap has been used to uplift and support disenfranchised communities, and tell the stories of oppression, anger, and disillusionment that popular music has not discussed. However, homophobia is clearly still a pervasive problem that the genre is grappling with and one which it has few answers to. Rappers from 50 cent to T.I. have been quoted saying homophobic things, and homophobic slang remains peppered throughout some of the genre’s most popular songs. But many different artists have directly addressed the issue, from Kanye West’s famous 2005 interview to Macklemore’s song, “Same Love.” The continuation of this conversation is even more important given rap’s growing cultural dominance, and as it matures in the limelight.

The genre is still expressing immense creative potential, and by all accounts it will remain popular until another style rises to take its place, as it has done for rock. As rap continues to evolve, it must find a way to fully acknowledge ways it has hurt the gay community, and condemn homophobia whenever and wherever it emerges, even if it comes from the most popular group in the game.

Just as the genre as a whole is struggling to address its past with homophobia, I struggle to think of clear actions we can take to help it become more inclusive for the LGBTQ+ community. Culture demonstrated stereotypical trap music and encapsulated a musical trend that dominated 2017, but given the homophobia demonstrated by its creators, I no longer regard it as one of the best albums of the year. Additionally, we must do all we can to support LGBTQ+ rappers and singers in 2018. The group BROCKHAMPTON released the outstanding SATURATION trilogy in 2017, and prominently features a number of gay artists, including Kevin Abstract; Frank Ocean, Young MA, and Syd Tha Kyd are also fantastic alternatives. As a white, cis, straight, man, I do not have all, or even most, of the answers to this problem, but we must continue this conversation and address the history of toxic homophobia in the rap industry so it can grow and develop, while becoming more open to all music lovers.