My name is Anahi Figueroa-Flores, and I came to the United States at the age of two. I came to Commerce City, Colorado with my mother and older sister because my mother wanted us to have a better life. Growing up, I knew what being undocumented meant. I quickly understood that my family could be deported and that I was not going to have the same educational opportunities because I was undocumented. Now, fast forward to my first year at Georgetown, I aspire to be a software developer. When Donald Trump decided to terminate DACA (Deferred Action for Childhood Arrivals), I felt devastated, scared, and confused. I don’t know what is going to happen with my life or to the 800,000 other DACA recipients. I am afraid. Now, I have to worry about my DACA expiring on June 21, 2018.

My name is Arisaid Gonzalez Porras, and I came to the U.S. at the age of one. For the past 17 years, I have been raised in Mesa, Arizona–the only place I consider home. However, starting on September 8, 2019, I could be deported back to a country of which I have no memory. Since the DACA program was terminated, I have been constantly thinking about my future. Despite obtaining a degree from Georgetown, I will not be able to pursue a career without a social security number. That special number is the only thing preventing me from owning a home, being able to vote, getting a driver’s license, and much more. Many people consider these simple things, but for me, they are luxuries.

When the Trump administration terminated the DACA program, we decided to get involved with United We Dream, an organization that advocates for immigrant rights. Mid-way through finals, our first action was a sit-in at Senator Bill Nelson’s office, a Democratic senator from Florida. We wanted Congress to commit to passing a continuing resolution with the Dream Act included. The Dream Act would provide relief from deportation and a pathway to citizenship for undocumented youths. While we were studying for Problem of God and Computer Science finals, we were also advocating for our rights. While other students worried about studying for their finals, we were worried about spending another day in this country. Being surrounded by activists inspired us to share our stories for the first time. Although there is a group on campus that focuses on undocumented students, we felt a disconnection from potential allies. With the support of allies, we would be able to create a stronger bond and voice across campus for the immigrant community.

This is why we want to create a club called the Immigrant Youth Alliance that includes not only undocumented students but allies. Our plan is to create a community between students at Georgetown and America’s immigrant population. One of the main objectives of our club is to educate and inform people on the common misconceptions about DACA recipients, TPS holders, Dreamers and undocumented immigrants. We, like many other DACA recipients, have been labeled “illegal immigrants.” The only reason we are classified as “illegal” is because dehumanizing us alleviates any guilt from deporting innocent youth and separating families. Those who are anti-immigration reform deny the fact that we, the immigrant youth, are an essential part of the economy and contribute to this country. We do indeed own cars and homes, pursue educations, start businesses, and have jobs, but we do not get free health insurance nor welfare. Yes, we want citizenship, but no, it is not easy. Even if Congress does pass a form of legislation that provides a pathway to citizenship, the fight does not stop there—injustices perpetrated against immigrants continue despite legislation.

The work of the Immigrant Youth Alliance will go far beyond the front gates of Georgetown, and the struggle will not finish in the halls of Congress. Immigrants and allies must continue to resist this state-sanctioned violence and change the conduct of those who normalize it. The future of our homes and communities depends on us.

Solidarity Shouts is spearheaded by members of the Georgetown Solidarity Committee (GSC). GSC is a non-hierarchical, consensus-based group that organizes around issues of labor in solidarity with workers on campus, in the DC region, and around the world. GSC believes in the dignity of all work and workers, and stands against all forms of oppression and exploitation. General body meetings for GSC are every Monday at 9pm in White-Gravenor 202. Even though members of GSC are coordinating this column, the perspectives shared do not necessarily represent the views of GSC as a whole. GSC simply sees the need for a leftist perspective on issues concerning campus, local, and international politics. In particular, this column will expand on the perspectives traditionally underrepresented in the mainstream left, informed by critiques of capitalism, imperialism, racism, sexism, and other exploitative systems. Solidarity Shouts appears every other Friday. 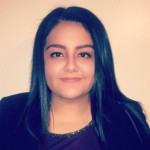 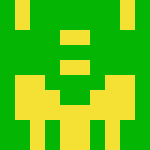 […] Potes’s story is extraordinary; it is not unique. Anahi Figueroa-Flores, who attended Georgetown University as a computer science major, hopes for a career in software […]