Beyond the Screen: The Brightest Witch of Her Age 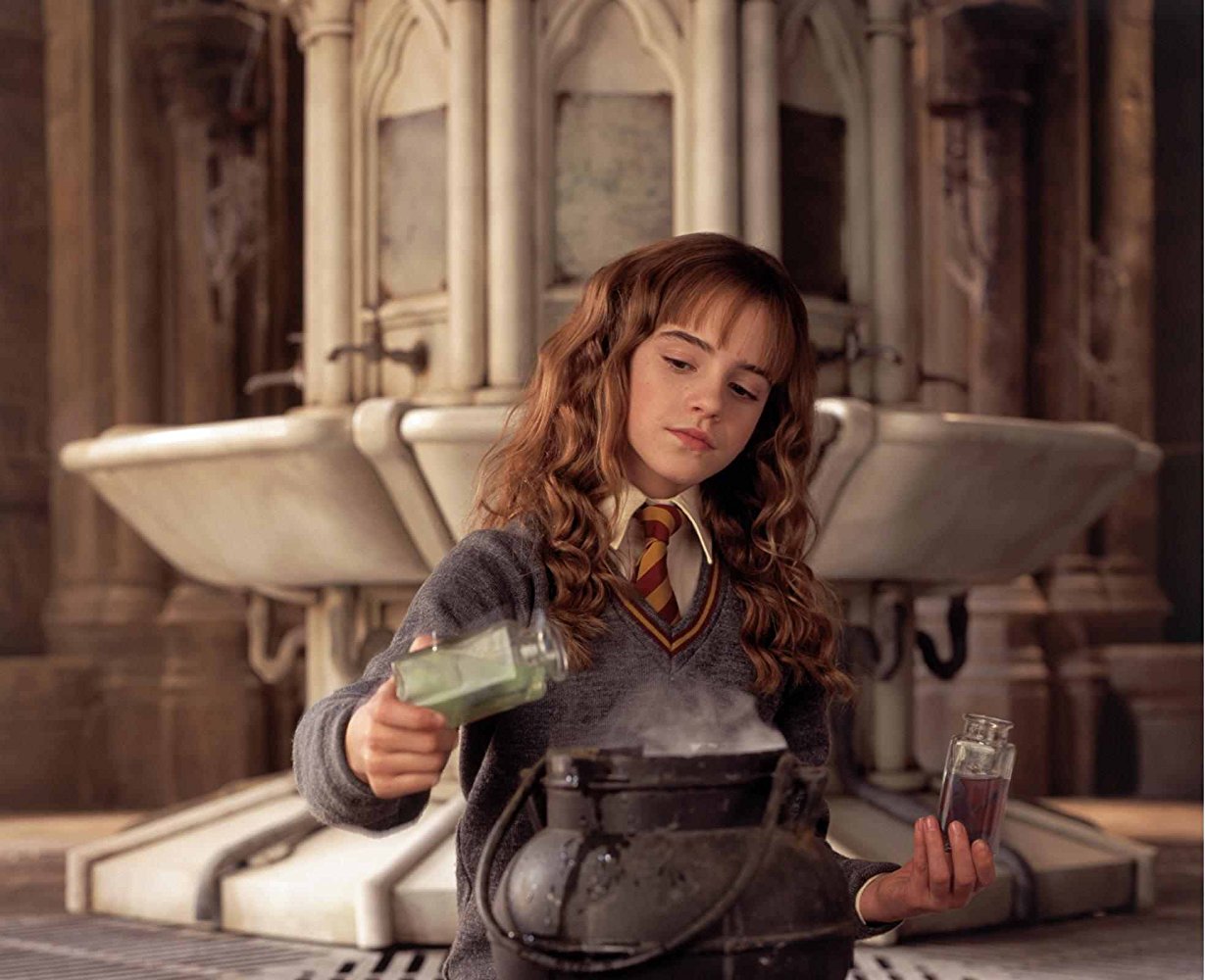 “Hermione was that perfect example of turning on its head this initial prejudice that she gets… Hermione is the one with the plan. She’s in control.”  -Emma Watson

The Harry Potter book series is without a doubt one of the most famous series of all time. From 1997 to its conclusion in 2007, it sold over 400 million copies worldwide. The film adaptations have seen equal success, with all eight movies making over seven billion worldwide in total at the box office. The success of this series can certainly be attributed to its wonderful wizarding world, as well as the characters who reside in it. Harry Potter has no shortage of well-known, beloved characters, but none have had the same impact or cultural relevance as Hermione Granger.

A character dreamed up from the brilliant mind of author J.K. Rowling, Hermione is perhaps one of the most iconic female characters of the 21st century. Introduced in 1997 in the first book, Hermione grows throughout the seven books from a know-it-all brainiac to a heroic, brave woman who’s just as smart as she is kind and loyal.

In the film adaptations, Hermione is portrayed wonderfully by Emma Watson. From 2001 to 2011, audiences around the world grew up with Watson in the role, alongside Daniel Radcliffe and Rupert Grint as Harry Potter and Ron Weasley, respectively. Her influence is undeniable. In 2016, five years after the films had ended, The Hollywood Reporter conducted a poll asking Hollywood professionals to name their favorite female character of all time, and Hermione Granger topped the list. Hermione has also influenced young children, especially young girls everywhere. In 2013, a survey was conducted asking children who the best film role model was. Hermione once again took the top spot, proving just how influential she has been to young audiences.

It’s not difficult to see why. In the first scene in which Hermione is introduced, she uses a spell to fix Harry’s glasses. She does this after watching Ron fail at a spell, asking “Are you sure that’s a real spell? Well, it’s not very good, is it?” In this introduction, Hermione is established as an incredibly intelligent young girl who isn’t afraid to show off what she knows, which just so happens to be more than Harry and Ron. It’s also established early on that she worked incredibly hard before getting to Hogwarts so that she could be ahead of the other students. She mentions that she had been practicing “simple spells” before school started, and a few scenes later, she shares what she read from one of their textbooks. It isn’t that she is somehow naturally smarter than everyone, but that she works hard to ensure that she’s ahead. 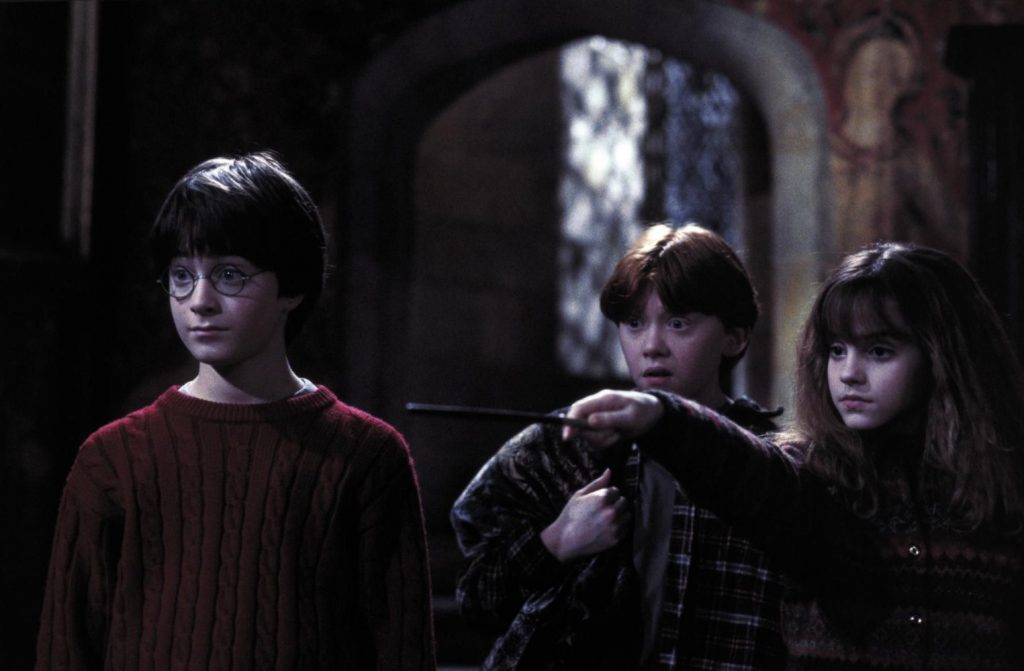 But Hermione isn’t flawless. Particularly within the first film, she is so obnoxious about what she knows that it can almost be annoying. In one of the most well-known scenes in the entire series, Hermione condescendingly corrects Ron on the pronunciation of the spell “Wingardium Leviosa,” and proceeds to be the only person in the class to perform it correctly, with a smug look on her face. Upon first viewing of that scene, Hermione comes across as a brat. Her eagerness to display her intelligence is overbearing, and the viewers are left feeling just as annoyed with her as Ron is.

This is a vital part of Hermione’s character though, and plays a crucial role in the unique impact that she has had for numerous reasons. When Hermione overhears Ron saying that it’s no wonder she has no friends, she runs off crying. This later leads to a troll cornering her in the bathroom, when she then guides Ron on how to use the Wingardium Leviosa spell to save her and Harry. It’s the first time we see the trio work as a team, and Hermione’s intelligence is front and center. But so is her loyalty, as she takes the blame for Ron and Harry, and their friendship is born. Not once does Hermione sacrifice her intelligence or dumb herself down to make friends, as it is her superior knowledge of spells that allows Ron to take down the troll. This important lesson continues throughout the entire series as we consistently see Hermione saving the day with what she knows, not her looks or physical strength.

In the second film, Harry Potter and the Chamber of Secrets, we begin to understand exactly why Hermione felt such a need to overcompensate when school bully, Draco Malfoy (Tom Felton) calls Hermione a “mudblood.” The term mudblood is a derogatory term for muggle-born witches and wizards—those who do not have magical parents. Hermione is muggle-born, and being called a mudblood drives her to tears.

This is the moment that I truly began to identify with Hermione. Being a muggle-born placed her at an automatic disadvantage the minute she entered the wizarding world, and as a result, Hermione had to work twice as hard. It isn’t just that she’s an incredibly smart young girl, but that she has something to prove. Hermione does not have two magical parents who could have shown her how to survive in the wizarding world like Ron did, nor did she have Harry’s name recognition and fame. Instead, all she had was her books, her brain, and a slew of people who thought that she didn’t deserve to be a student at Hogwarts simply because of her heritage. 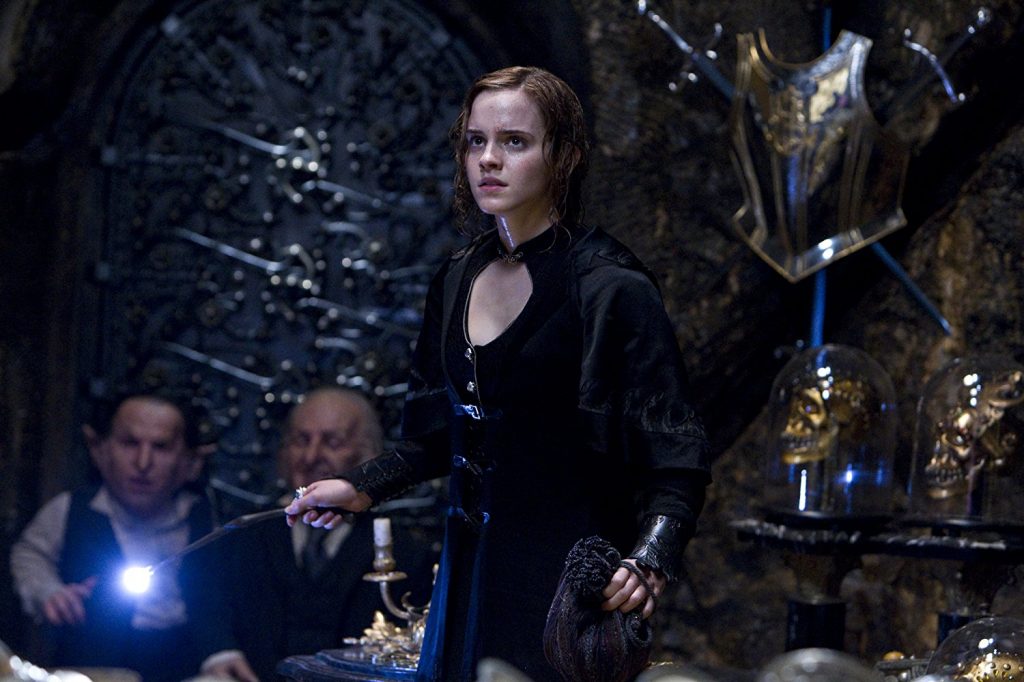 Growing up a young black girl, the parallels between my experience and Hermione’s are uncanny. I sympathized with Hermione’s tears after Malfoy called her a “mudblood” because I understand how painful it is to be called a racial epithet. I related to her need to overcompensate in the first film, because I always knew that I would have to work twice as hard to be successful, too. And when the evil Lord Voldemort rose to power in the last two films, and Hermione and other muggle-borns were put in immediate danger because of his prejudices against them, I was reminded of the danger my people were—and still are—put in because of very similar prejudices. I saw myself and my experiences in Hermione in a way that I hadn’t seen before. Everything that she went through, I felt like I was going through, too.

And that’s what makes Hermione so special. She faces prejudices for her bloodline, but that doesn’t stop her from being the smartest in her class. Emma Watson has said, “Hermione finds a way to wield her intelligence and become really the leader in this group of two other boys,” and she is exactly right. Whether it’s recalling something she read in a book that helps save Ron from the Devil’s Snare in the first film or putting a charm on a small bag to pack all of the essentials they will need for their travels weeks in advance in the seventh film, Hermione’s intelligence is nearly always the trio’s saving grace. Young girls all over the world, when they’re quoting famous Hermione lines or dressing up as her for Halloween, learned so much from watching her. I know I did.

Beyond the Screen is a bi-weekly column, written by Dajour Evans, designed to explore both the personal and societal impacts of film and television. Each new piece will analyze a particularly influential film or a television show, sometimes as a whole and sometimes just focusing on a character or season. It will discuss how and why why the topic became so influential to audiences and examine the impact that film and television can have on the way people view the world. Beyond the Screen appears online every other Saturday.