What’s in a Diss? 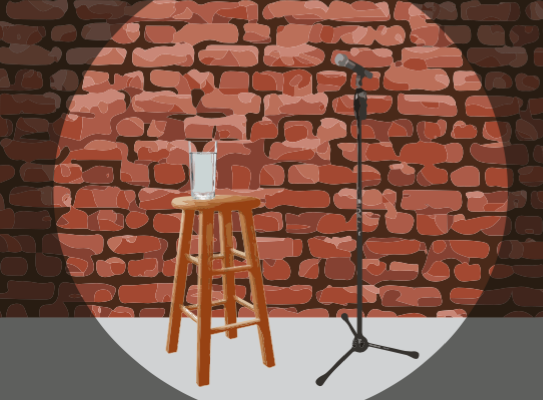 Dissing yourself is a form of humor familiar to most. Moments of vulnerability and confidence alike often oblige us to defer to joking about everyone’s easiest target—themselves. But in what sense should devaluing yourself ever be a source of humor?

All too often, attempts to jokingly self-deprecate come across as either attention-seeking or pity-inducing. Personally, my own shots at self-defeat regularly end in impromptu pep talks when I was simply after a few laughs. In these moments, my friends are quick to assure me that I’m not a complete idiot for thinking econ courses would help me strategize in Monopoly, or that it’s not that weird that I often try to extract meaningful life lessons from Spongebob episodes. Somehow, these efforts to lift me up leave me feeling just a little worse, since I wasn’t really looking for consolation in the first place. Still, the art of the self-diss holds great potential given the right intention and delivery.

Psychologists studying humor have noted that self-deprecation is one of several styles of humor which are distinguished as being either positive and adaptive, or negative and maladaptive. Self-deprecation is easily classified as a negative humor when compared to self-enhancing and affiliative humor, which use an optimistic outlook and the ability to enjoy humor in a group setting, like in the case of banter.

The self-deprecator is, conversely, the cynical humorist. The psychologist cautions against self-defeating tendencies, but the comedian campaigns for them. For example, late comedian Rodney Dangerfield’s signature phrase, “I don’t get no respect,” became a theme for his stand-up sets that brought self-deprecation to the forefront of American comedy. Suddenly, self-defeat became a type of endearing cynicism of which comedy approved. Dangerfield landed laughs with jokes like: “When I was born, I got no respect. The doctor told my mother, ‘I did all I could, but he pulled through anyway,’” and “I could tell that my parents hated me. My bath toys were a toaster and a radio.”

With Dangerfield, it’s obvious that self-deprecation has a certain charm, which he and others in comedy have perfected. And the formula for delivery seems simple enough: Take a stab at yourself, at anything from your physical appearance and relationships to your behaviors and beliefs. So why is self-deprecation sometimes still considered taboo in social settings? When does self-dissing go from feeling funny to falling flat?

Some anthropological studies suggest that humor is much more complicated than daring jokes and simple laughs. Humor can be a way to express worldviews or cope with tragedies. It might be a mechanism of self-defense, a tool for bonding, or a way to reduce or escalate situational tension, depending on timing. For cultural anthropologist Gil Greengross, self-deprecating humor can be an indicator not only of general intelligence and verbal creativity, but also of moral virtues such as humility. Greengross came to this conclusion about the truer functions behind self-deprecation after conducting a study that tested how personality and sexual attraction influenced the use of self-deprecating humor.

In his study, Greengross took college-aged participants and examined how their personalities affected the kind of humor they enjoyed. Greengross found that, on average, a person preferring self-deprecating humor may be highly affected by their own emotions, more spontaneous than planned, more reserved than sociable, and more suspicious than cooperative. A person who relates to such qualities as introversion, incredulity, and emotional intensity will reasonably look inwards in unpacking these traits through humor, likely victimizing themselves as opposed to mocking others.

In incorporating these results into conclusions related to attractiveness, Greengross had participants listen to opposite-sex voice recordings of people who were described as having different levels of social and professional status and who produced different types of humor. Afterwards, participants rated each presenter’s attractiveness as a potential long-term partner. Self-deprecating humor was considered attractive when it came from a high status-level presenter, despite its personality correlation with less favorable traits. Conversely, low-status presenters who used self-deprecating humor were associated with defeatism, subordination, and other traits that made them less likely to be considered an attractive long-term partner.

In light of these results, there’s reason to ponder whether self-deprecation is a universal tool for experts and amateurs alike or whether it’s a resource that only some can afford to use. Professional comedians like Dangerfield who have established their comedic careers might have achieved the “high status” necessary to use self-deprecation in an attractive way. Others without such a settled status might be more prone to the uncomfortable reactions and pity that many of us have experienced when trying to target ourselves.

Despite any concept of status however, humor is a universal experience that transcends cultures and careers. Whether or not self-deprecating humor is better off used by professional comedians or your cringingly un-funny father, there’s something about it that speaks to a humility and sensibility that is admirable in anyone, so long as its intention is playful. Self-deprecation, in this sense, is a way to refrain from ever taking yourself too seriously. Personally, it’s also nice to be reminded that, at the very least, my flaws can be funny. 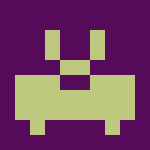