Solidarity Shouts: The Trouble With The Democrats

In October of 2016, I walked into my room in Kennedy Hall and threw my backpack on the ground as I made my way to the desk. My absentee ballot had finally arrived. An hour later, the ballot was dotted with bubbles I had filled in, voting for this councilman and that proposition. Only one box remained empty: President of the United States.

It should have been an easy choice for me. I’m Latino, poor, and come from a large immigrant community back home. But echoes of the previous eight years held me back. While issuing condemnations of President Trump’s fascist immigration policies, we forgot that deportations peaked under Barack Obama. People who hoped a liberal president would have a less aggressive foreign policy saw a massive expansion of the use of drones and the killing of thousands of innocent people. And finally, what can be regarded as Obama’s greatest achievement, the Affordable Care Act, has still left 28 million people uninsured.

In 2009, I watched the inauguration of President Obama in awe and, yes, with hope. His promise to reform the immigration system within his first year filled me with joy as I knew my friends and family would finally be able to stop living in fear of deportation. Yet year after year passed, and still more deportations took place. Every time I wanted the Democrats to fight, they sat down at the negotiating table with a party that had long discarded the “compassionate conservatism” of George W. Bush and replaced it with openly racist taglines to justify their racist politics.

In 2010, a wave of Republican electoral victories granted the party power across state and federal governments. Unlike the Democrats, they carried out their promises. They slashed taxes, passed voting restrictions, and implemented racist immigration laws. They not only delivered on their promises to the people who voted for them, but they also used a census year to redraw district maps in ways that favored them. Meanwhile, the celebrity of President Obama blinded people to the fact that the Democrats were hemorrhaging votes and dollars. By the end of Obama’s term, the party had lost 1,000 seats across various levels of government, and the 2016 presidential campaign left the Democratic Party in a financial crisis.

It is easy to blame Republicans’ aggressive bid to maintain favorable voting outcomes for this dramatic loss, which absolutely cost the Democrats many seats. However, Democrats also missed many opportunities that hurt them amongst communities with whom they claimed to be allied. Despite having control of both houses of Congress and the votes to pass immigration reform for two years, the party did nothing. When they had the votes to implement a healthcare system that would cover all Americans, the Democrats created a complicated network of taxes, subsidies, and insurance markets that still failed to cover everyone. They had a chance to raise the minimum wage, and they did—but only to $7.25 an hour. When given the chance to create meaningful, lasting change that could improve the lives of millions, they did nothing. The Democrats did not lose because they failed to appeal to rural, white voters, as some pundits have suggested. They lost because they failed to fight for the people they claimed to champion.

The reality is, for many oppressed people in America, our relationship with the Democratic party is like that of kids with parents who spank them. We wish for mommy to hit us because she won’t hit as hard as dad, but either way, we’re still getting hit.

One of the biggest reasons for these blunders is that for a long time, liberals have confused policy with politics. Politics is a struggle of ideas, and the power to see those ideas put into action, while policy comes after the struggle has been won or lost. For a long time Democrats have suggested certain policies with no regard for the racial, economic, and gendered political battles fought and often times won legislatively, by Republicans. In 2016, it became impossible to defer a political struggle any longer.

I left the “President of the United States” bubble on my ballot blank for a whole week until, in a fit of anger, I finally filled it in. After months of silence, Hillary Clinton had just released a statement on the Standing Rock protests that implored parties involved to come together and resolve it. She had a chance to use her platform and candidacy to defend these protesters. But once again, she and the Democrats did nothing. Had I lived in a swing state, I would have swallowed my pride and pain and voted for her to protect my family, my friends, and myself. Living in California, I knew Clinton would easily win my state’s electoral votes. I had the privilege to vote my conscience, so I voted for a third party and mailed in my ballot the next day.

I am not delusional about the current state of our country. For now, the Democratic party is the channel we must work through in order to stop the most egregious of Trump’s policies. And I know not everyone has the privilege I have of living in a state you know will go for one party or the other. However, in the long run, the Democrats must implement massive changes, not just to their policies, but to their politics as well. Otherwise, they will be forced to make way for a party that will actually struggle with us and for us. 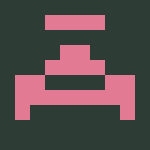