A Viewpoint on D.C. Statehood

According to the Merriam-Webster dictionary, democracy is “a government by the people; rule of the majority.” A government in which, ideally, every citizen is represented and the majority rules. Why should these principles not apply to Washington, D.C. citizens?  D.C. lacks representation in Congress, and to rectify this, citizens like myself want statehood.

D.C. currently has no voting representation in Congress. Getting statehood would give us equal representation along with the rest of American citizens. We deserve to be included in the democracy of which the United States is so proud.

In one of the first elections I was able to vote, D.C. citizens voted on whether to legalize marijuana. A majority of us voted to legalize marijuana, but Congress voted to override this decision. Now, although technically legal, we cannot buy or sell marijuana. Congress’s ability to intervene with D.C. laws and our budget is unique to the district; it does not have this right in any other place in the U.S. Marijuana may not seem like an important issue, but Congress intervenes with gun laws, abortion laws, and other laws that are vital for the health and safety of my family, friends, and fellow D.C. residents. We don’t have a voice when it comes to vital issues such as education and health care policy. We pay federal taxes, yet we do not have a say in Congress. Why should the outcomes of these decisions be inaccessible to us as citizens?

The New Columbia Statehood Commission, created in 2014, stated their “4 steps to D.C. Statehood.” The first step was to write a constitution for this new state. The second was to hold a  referendum for statehood. The third was the vote on this referendum, which we did in the November 2016 election. The last step was to deliver these results, as well as the new constitution, to Congress and the President who would, on seeing these credentials, make D.C. a state.

These steps seem idealistic and improbable, but in the ideal U.S. democracy, these four steps should be enough to ensure D.C.’s path to statehood. In fact, according to the New Columbia Statehood Commission, these exact steps have worked before in making Michigan, Iowa, California, Oregon, Kansas, and Alaska states, so why not D.C.?

According to The New York Times, 85.8% of D.C. citizens voted “Yes” to statehood in the referendum. In a reliable democracy, this majority vote should have resulted in D.C. becoming a state. Instead, Congress ignored this referendum.

The new administration has only contributed to the ignorance surrounding  D.C. statehood by shutting down conversation about it. In a 2016 interview with The Washington Post editorial board, President Trump stated that he thinks “statehood is a tough thing for D.C… I don’t have a position on it yet.” When questioned further, he stated, “I don’t see statehood for D.C.”

DC Statehood is often seen solely as a Democratic matter. Why is this the case? D.C. statehood is a bipartisan issue. This issue is fundamental to democracy, a concept that both parties should be able to get behind. Both Republicans and Democrats want representation in government, so D.C.’s desire for these same rights should not seem so revolutionary.

In my view, the reason for the dispute is due to three main factors. The first is the fact that many people simply do not know about D.C.’s lack of representation. During my freshman year at Georgetown, I tried to explain to my VCW floor why D.C. needs statehood. Almost none of them had heard of the issue previously, and they did not see it as a pressing matter. Absence of knowledge about this issue makes it seem less important and pressing than it is.

The second factor is apathy. People do not care as much about an issue that only affects a small population of U.S. citizens. Many U.S. citizens have never even met a person from D.C. Without this level of personal connection and relation, D.C.’s lack of statehood can seem irrelevant. D.C.’s lack of representation affects many issues that people do care about, though, from gun laws to abortion rights. If D.C. is given representation, they will be able to vote on and implement the laws they care about, from needle drive programs to abortion laws to marijuana legalization. Once people understand the breadth of the issue, it will become easier to understand how necessary statehood is.

The last factor is that some claim making D.C. a state will necessitate violating the constitution. The constitution calls for a federal district to function as the capital of the United States, rather than a specific state in order to refrain from any one state having any sort of power over the federal government. But this was decided when D.C. and the United States were much less developed and had significantly smaller populations. D.C.’s population has grown to a size larger than that of both Vermont and Wyoming and is still growing, making it even more imperative that Congress support these American citizens who lack basic voting rights.

In order to achieve D.C. statehood, more people need to understand and support the issue, and Republicans and Democrats need to work together to uphold the integrity of U.S. democracy. 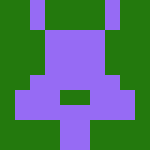