Georgetown’s Walsh School of Foreign Service (SFS) is preparing to celebrate its centennial in the coming academic year. This is truly a momentous occasion for a school that has produced so many leaders in the field of international affairs over the past century, including presidents, ambassadors, monarchs, and legislators. As a senior in the SFS, I’m exceptionally grateful for the education I’ve gotten and the path that the school has set me on. But in recognizing the true privilege that I’ve had in attending this school, I can’t help but consider the legacy of the school. What have the last hundred years meant for the SFS, Georgetown, and the world at large?

In 1965, Ghanaian politician and revolutionary Kwame Nkrumah wrote, “The essence of neo-colonialism is that the State which is subject to [the colonial power] is, in theory, independent and has all the outward trapping of international sovereignty. In reality its economic system and thus its political policy is directed from outside.”

The international system in the post-war era developed from one of imperial competition to one of competing spheres of influence during the Cold War and beyond. Rather than formally stationing troops and colonial administrators abroad, global powers have turned to new methods. Nkrumah writes, “Control over government policy in the neo-colonial State may be secured” by contributing advisors, economic aid, and monetary institutions.

While the United States and Europe have used such means to shape global trade and politics for decades, more and more of the world’s people are coming to see the harmful and exploitative nature of these policies—they stifle the development of formerly colonized nations, demanding open markets in exchange for economic and administrative assistance, precluding local producers from competing successfully with global corporations. The false promise that a free market leads to economic prosperity has been repeated time and again, while in practice, billions of people across the globe live in utter poverty. This dynamic has increasingly come to characterize the international economy.

It is no surprise that Georgetown’s prized academic center for studying the international system, the SFS, is deeply grounded in the neo-colonial worldview that shapes America’s interactions with the rest of the world. From its inception 100 years ago, even before the deep entrenchment of neo-colonialism after World War II, the SFS has given priority to economic and political sciences, rather than the humanities.

Of the 12 non-language classes offered in the SFS’s first semester in the spring of 1919, four were grouped as “economic and commercial,” two as “law and political science” (one of which focused on commercial law), and six as “shipping.” While the administration led by Dean Joel Hellman claims that the school was founded “with a bold mission to foster peace and stability through educating students and practitioners from a global perspective,” this course catalogue tells a different story. The SFS began as an institute for educating commercially-minded students on how to profit from the global economy, through classes such as “Latin-American Trade Problems” and “Interpretation of recent legislation affecting foreign and domestic commerce.”

Has anything changed since then? A look at the leadership in the dean’s office doesn’t paint a pretty picture. Dean Hellman worked for 15 years at the World Bank, and Dean Kaneda studies and teaches International Trade as his primary area of focus. Two of the three senior deans of the school came to Georgetown from positions in the study or practice of global capitalism and the state organs used to maintain it. Though not engaged as directly in economics, Dean Byman has similarly been deeply involved in the organs of neo-colonialism. He currently leads the Brookings Institution’s Center for Middle East Policy and formerly worked for the National Commission on Terrorist Attacks in the United States and the Joint 9/11 Inquiry Staff of the House and Senate Intelligence Committees, focusing on counter-terrorism and radical Islam—fields which have sustained America’s military, political, and economic influence in the Middle East. All three deans are qualified for their positions as leaders in the field of global affairs, but how do their backgrounds reflect the SFS’s supposed values of service and the pursuit of peace and stability?

The academic structure of the school is similarly uninspiring. The largest single field of study required in the core curriculum is four semesters of economics—compared to three of history, and two of government, philosophy, theology, and humanities (to say nothing of the only two semesters of Engaging Diversity classes which can be double counted). How do supply and demand graphs, used to justify forcing open markets on developing economies, and interest and exchange rate graphs, used to promote the implementation of exploitative monetary regimes, contribute to peace and stability?

Moving into the school’s majors, one cannot help but be struck by the creation of a new Global Business degree to supplement the extant International Economics and International Political Economy courses of study and the McDonough School of Business. Three of the eight majors in the SFS focus on economics as the core of international affairs, while the Science, Technology, and International Affairs (STIA) major includes a business, growth, and development concentration.

By devoting such extensive academic and administrative resources to the study of economic models and systems promoted by America and Europe at the expense of developing economies, and the training of business professionals to work for corporations that daily exploit workers around the world, the SFS is actively training the next generation of neo-colonial policymakers and practitioners. Only in the list of certificates offered by the school does global capitalism, in the service of neo-colonialism, take a back seat to regional, religious, and thematic studies.

The impact of this direction shows itself in the school’s employment numbers as well. For the class of 2016, 15 percent of graduates worked their first post-Georgetown jobs in financial services, second only to consulting jobs (25 percent), of which many are also likely economic in nature. Graduates from the school with degrees in International Politics, International Economics, International Political Economy, Regional and Comparative Studies, and STIA work in banking and financial institutions, in much greater proportions than fields more representative of the ideals of “service” and “peace and stability” such as non-profit/public service (10 percent) or education (7 percent). While personal preference, upbringing, and values absolutely factor into post-graduation employment decisions, the role of an undergraduate institution in shaping the career goals of its graduates is crucial.

Ultimately, while the SFS has become a global leader in educating practitioners of international affairs, it has failed to live up to its professed values. Instead, it has focused on creating graduates who participate in, and profit from, the neo-colonial systems of international business and banking dominated by the United States and Europe. While this model has been useful in growing the school with donations from financially successful alumni, what has it done to the school’s legacy? Is the memory of Father Walsh to be perpetually bound up in exploitative economic systems? Or will the SFS enter its second century with a deeper commitment to realizing the values that the university espouses, pouring more resources and energy into serving the world’s people, and not just the most fortunate among us? 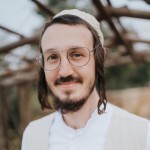