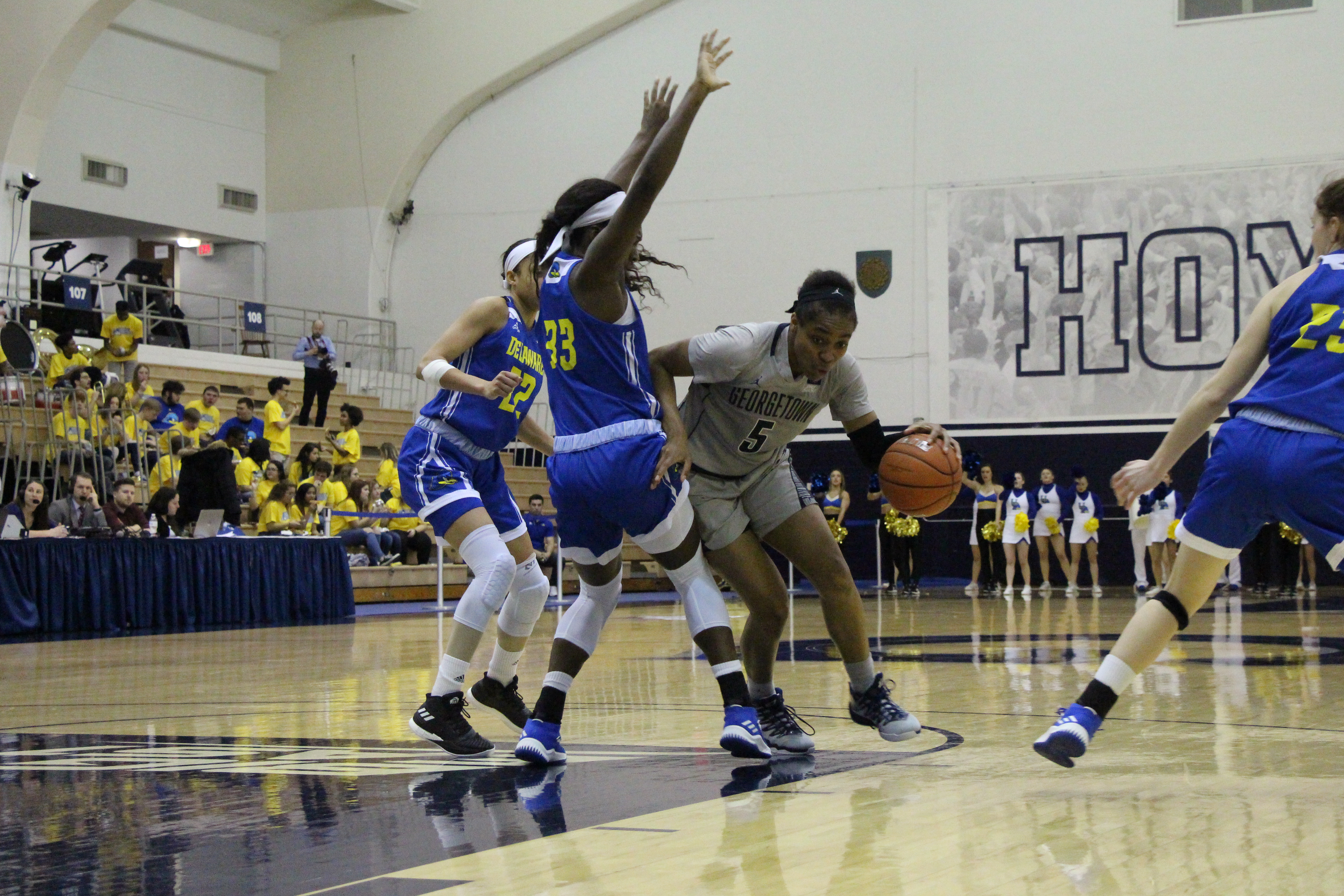 The Georgetown women’s basketball team (16-15, 9-9 Big East) knocked off Delaware (19-13, 11-7 CAA) in the opening round of the WNIT on Friday, winning by a score of 67-57. The Hoyas used a strong third quarter to take a double-digit lead and held off a late push from the Blue Hens in the final period to come out on top. The win also marked a victory over Delaware head coach and former Georgetown head coach Natasha Adair in her return to McDonough Arena. Adair’s former squad was able to overcome a lackluster performance from star junior guard Dionna White with strong play from senior forward Cynthia Petke and senior center Yazmine Belk.

The Hoyas started the game hot, and with Petke’s second three pointer of the game just three and a half minutes in, they had a 10-2 lead.

White emphasized the importance of getting off to a good start against a formidable opponent like Delaware. “We knew we had to make the first run and not let them get momentum,” she said.

Delaware responded to the early deficit with a deep three pointer from sophomore guard Bailey Kargo, but the Hoyas continued to shoot the ball well. Three minutes later, Petke got the ball in the post, drove past her defender, and finished with an athletic reverse layup to put her team up nine. By the end of the first quarter, Petke had 13 points and Georgetown led 19-11.

After the game, Adair reflected on Petke’s outstanding performance and development since she left for the Delaware job. “Cynthia Petke to me has been the biggest improvement. I’m so proud of her,” she said. “Her work ethic, you guys don’t see her I’m sure, she’s in the gym now, she wants to get back in the gym. She’s been kind of the catalyst for this group.”

The second quarter was different story as the Blue Hens clawed their way back into the game with balanced scoring. Six different Delaware players scored in the period. A jumper from sophomore forward Rebecca Lawrence, with three minutes remaining in the half, shrunk the deficit to just two points. The teams went back and forth for the last couple minutes of the first half before Delaware’s leading scorer on the season, junior forward Nicole Enabosi drove hard against Petke and made a difficult layup to bring her team within three points going into the break.

Petke was prepared for a difficult test against Enabosi. “I watch a lot of film,” she said. “So I knew I had to play aggressive versus [Enabosi] because she is a very good player and I knew it was going to be a tough matchup. Petke held Enabosi below her season averages with just 15 points and three rebounds on the game.

After senior guard Mikayla Venson went down with an ankle injury in the second quarter, Georgetown head coach James Howard inserted sophomore guard Morgan Smith into the lineup and stuck with that group for the entire third quarter. That proved to be a wise decision as the Hoyas gradually expanded their lead throughout the period. With four minutes remaining in the quarter, White hit her first three pointer of the game to give her team its first double-digit advantage of the contest. A minute later, senior guard DiDi Burton found Belk inside for a turnaround jumper to put the Hoyas up 12.

Belk had one of her best performances of the season, grabbing 16 rebounds including seven on the offensive end, while adding five blocks to her statline as well. After the game, Petke praised her frontcourt mate’s effectiveness.

A step-back jumper from White at the buzzer gave Georgetown a 53-41 lead going into the fourth. In the final period, the Blue Hens did not let the Hoyas run away with the game. They went to Enabosi often, and she racked up 10 points in the fourth quarter alone. Despite the late push, Delaware was unable to shrink the margin beyond six points. In the final minute, the Blue Hens fouled, down just two possessions, but White and Petke made all their free throws to seal the win.

Petke led all scorers with 26 points, adding seven rebounds and five assists. Belk notched eight points to go along with her 16 rebounds and five blocks. White scored 16 points, but shot just 26.3 percent from the field and had eight turnovers. For Delaware, Enabosi led the way with 15 points, while sophomore forward Samone DeFreese had eight points and eight rebounds.

The Hoyas will take on Duquesne (24-7, 13-3 Atlantic 10) in the second round of the WNIT on Monday at McDonough Arena. The game tips off at 7 p.m. ET. Follow @GUVoiceSports for game day updates and breaking news. 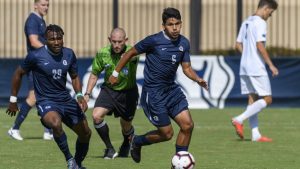