It’s midterm season, again. Some may be super on top of their work while others (me) may be procrastinating until unbearable pressure forces them to study. Sometimes, a healthy dose of escapism can keep you going, and movie soundtracks do just the trick. Here are some of my favorite soundtracks that take me back into the world of some of my favorite films, so you can bask in the adventures of Ferris Bueller or Spiderman instead of sitting in the library.

From the early scenes of Spiderman: Homecoming (2017), this song brings to mind a nerdy and nonchalant Peter Parker making his way to school with his earbuds in. Nobody knows who he is or what he’ll do–yet.

This song perfectly captures the spirit of a group of teenagers going on an impromptu road trip, which is the synopsis of Paper Towns (2015). Good vibes only.

3. The Dream Academy: “The Edge of Forever”

Anyone who’s seen Ferris Bueller’s Day Off (1986) will be taken back to a world where nothing is too crazy and everything goes your way with this dreamy, nostalgic anthem.

This end credit song from the groundbreaking movie, Black Panther (2018), is the most recent song on the list. The beats, SZA’s vocals, and Kendrick’s verses will make you recall those post-movie emotions and put you back in the action of the Marvel Cinematic Universe.

Whenever you want to fly above the city at night in a harness on wire tied between two buildings, this is your song. If you’re in the mood for dystopian young adult fiction, Divergent (2014) is a great pick.

This song is from a one of the best scenes in Baby Driver (2017). Join Baby as he looks at a mountain of crushed and abandoned cars, contemplating his role in a messed up world.

Anyone who’s seen (or read) The Perks of Being a Wallflower (2012) will remember this scene. Stand in the back of a pickup truck, blast this song, drive through a tunnel, and let out a scream as you look out over Pittsburgh at night.

This Oscar-nominated song never fails to evoke feelings of joy and sadness at the same time. Even if you haven’t seen Call Me By Your Name (2017), you’ll be able to picture a romance taking place in the rolling hills and lakes of northern Italy. 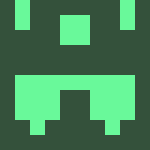 Joy Kim
is a sophomore in the College majoring in linguistics and psychology. Some things she likes are beaches, bad dancing, and Flamin’ Hot Cheetos.

The Music of Mad Men

The Weekly List: Six Haunting Hours With Chunky The Panda