As university students, we all have high hopes. Changing the world for the better, in any shape or form, is a priority for many of us. However, skepticism and pessimism may kick in over time. We demand change, but disillusionment materializes in the snail-like pace of institutional and bureaucratic methods of meeting such demands. That is how I felt as a freshman at Georgetown, until I attended an Alternative Break Program (ABP). I understand that many participants relay the cliché that it was life-altering, but the Worker Justice D.C. ABP really did change my life.

Worker justice, specifically for Georgetown workers, should be a priority for Georgetown students. If an appeal to the kindness in your heart to aid workers—who range from single mothers to dedicated graduate students—isn’t enough, perhaps a selfish argument for worker justice can persuade you. Helping workers, of any kind, will result in a better education and living experience at Georgetown. Don’t fall into the capitalist ideal of a zero-sum game; worker justice is more of a positive-sum game: when we fight to promote the lives and workplace of workers, workers receive a greater life, students receive a greater education, and Georgetown University receives a greater reputation.

My process in coming to this realization began before one week of spring break. However, it came to a conclusion toward the end of the ABP trip, when a member of the Georgetown Alliance of Graduate Employees (GAGE) gave a presentation on the graduate workers union’s efforts. He told us how graduate workers just don’t have the financial resources to devote to their education since Georgetown doesn’t view their work as work, but merely student-work. Nevertheless, their work generates millions of dollars for the university while the workers themselves receive little in return. I couldn’t understand how such injustice could exist at a prestigious school, and the other members of the trip felt the same.

This injustice especially affects undergraduates when it comes to teaching assistants (TAs). During the ABP trip, a fellow participant told a story of how a TA had to resolve not to help a certain student since the TA lived outside of D.C. The student could not make the TA’s normal office hours, and wasn’t able to arrange a meeting because multiple trips into Georgetown would be too time-consuming and costly. The TA had to live outside the city due to the high cost of living in D.C. (resulting from gentrification). Alongside being a TA, they were a student. They just could not afford the time to meet with one individual student. This story is all too common.

To add another layer to the issues of worker justice in Georgetown, Kerry Danner, an adjunct professor, presented the issue of worker rights for adjunct professors. Adjuncts are in a separate union from GAGE, but they too deal with worker discrimination at Georgetown. Their compensation averages $3,000 per course they teach, and many adjunct professors simply can’t devote all their time to teaching to make a living.

I was moved profoundly by these stories. My first reaction was selfish: I would not want to live in those conditions, and my education is being affected since these adjunct professors aren’t performing at their best because of financial difficulties. My second reaction was retrospective: these workers are dedicated not only to their work, but also to Georgetown’s capacity to create outstanding citizens. Despite their conditions, they continue to work at Georgetown. Undergraduate students owe their adjunct professors at least some support on advocating for their improved compensation and benefits.

Such knowledge pulled back the curtain of my own disillusionment. These feelings of disillusionment are intentionally created to benefit those in power. In the case of worker rights, the owners (Georgetown University) benefit, while the workers suffer losses. The consumers, who in this case are students, may also suffer losses.

On a general level, when students notice a problem and ask for immediate solutions, they instead get stuck in committees (such as GUSA) for years where no change is made. Therefore, agitation through direct action is the only effective method. Direct action exerts public pressure on an institution (brand, company, etc) through demonstrations in order to have a specific demand heard. Most of the time, direct action bypasses the traditional methods put forth by institutions themselves, since such methods are deliberately put into place to mitigate demand. Through direct action, students can overcome or circumvent the delay of committees: directly placing the demands on the administration or whomever makes the decisions.

Students who employ effective organization have been harbingers of worker justice both at Georgetown and internationally. The Just Employment policy and the recent Nike campaign are two examples of direct action curtailing the committees. The Just Employment Policy was enacted after members of the Georgetown Solidarity Committee (GSC) and other Georgetown students attempted to first go through committees. However, their demands weren’t being taken seriously, so they implemented direct action methods—a hunger strike, talks given by community leaders, walk-ins, etc—to ensure that the demands of the workers were met. Living Wage 101, a video created by one of the organizers, summarizes the idea of direct action with a detailed account of how the Just Employment Policy came to be.

One of the most important points to draw from the video, besides the effectiveness of direct action, is that the students understood they wielded more power than the workers, yet they ensured that their demands were the workers’ demands. The power of students is far beyond that of workers in that Georgetown is more likely to comply to the demands of students since we are their consumers. If workers (in the case of GAGE, the graduate students) attempt to exert public pressure through greater direct actions, they face a greater risk of reprimands (loss of their job) or just being blatantly ignored. On the other hand, students, if organized in an effective way, can impact workers rights on campus and beyond. Hence, GAGE works hand in hand with GSC.

Georgetown has to listen to our demands: Georgetown is the producer, and its students are their consumers. Through direct action, students can grab media attention and exert public pressure on Georgetown to make a change. To preserve its most important asset, its brand, Georgetown will rarely dare to remove a student or student group for demanding action—they would rather compromise with the students’ demands. Georgetown has met our demands before, and can do so again. 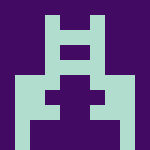