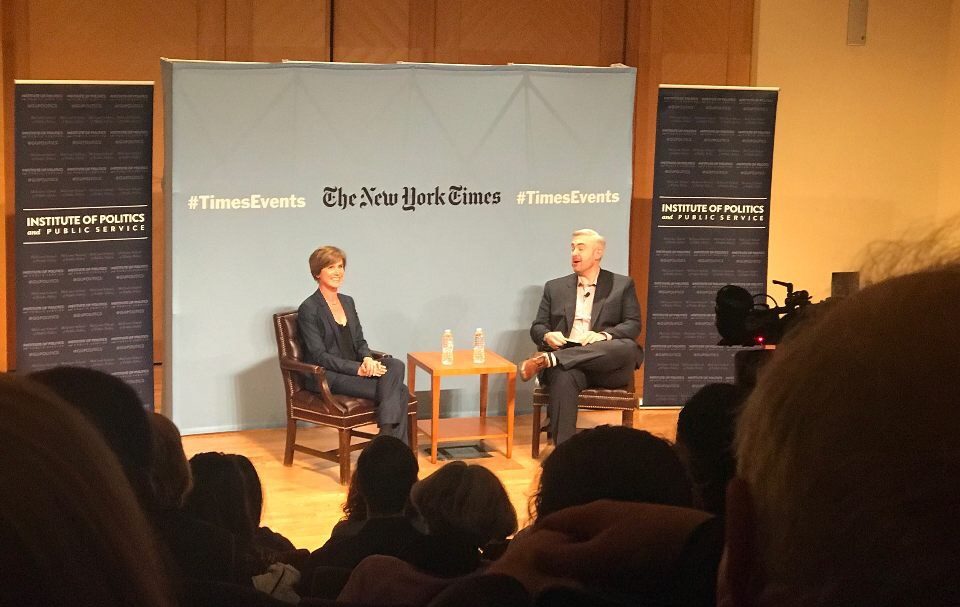 Former Deputy Attorney General Sally Yates discussed the Trump administration’s effects on democratic institutions on April 4. The event was sponsored by The New York Times and the Georgetown Institute of Politics and Public Service.

“Continuity is important in any agency,” she said. “But [in] the DOJ, with its law enforcement mission and national security responsibilities, it’s particularly important.”

Yet Yates made headlines just 10 days into her tenure as acting attorney general when she was fired for refusing to enforce Trump’s travel ban. The executive order banned entry of citizens from several predominantly Muslim countries for 90 days as unprepared government agencies scrambled to understand how the ban was supposed to be implemented.

“[The transition is] supposed to be an uneventful time,” Yates said, eliciting laughter from the audience. “That is part of the tradition.”

The Trump administration never informed Yates about the executive order. Instead, she found out about it after her deputy saw it on the news, late on a Friday night. Her team then had until Tuesday morning to determine its constitutionality and how to defend their stance.

“That does involve, obviously, an examination of the relevant law, of the executive order itself,” Yates said. “In this instance, it also included looking at the words of the president, both during the time he was running for office and after he had been elected, in terms of his articulated intent to effectuate a Muslim ban.”

Yates said she would have liked more than 72 hours to make the decision, but she said that ultimately she would not have done anything differently.

Moderator Matt Apuzzo, a Pulitzer Prize-winning reporter and adjunct professor of journalism at Georgetown, asked Yates which specific actions taken by the Trump administration were most concerning to her.

“There are lots of policy decisions that are made by this administration with which I disagree, but elections have consequences,” Yates said. “What worries me more than any of that is the relentless attack on democratic institutions and norms, and the impact that that can have on our country— not just during the term of a Trump presidency, but in the years to come as well.”

Yates said that since the attacks on these institutions are incessant, it is difficult for the public to keep up. As a result, people tend to normalize this behavior without realizing it. Yates believes this is one of the most dangerous consequences, because it weakens the fabric of our democracy.

“It is exhausting to stay in a state of constant outrage,” Yates said.

Yates said she was particularly troubled by Trump’s attempted interference with the Department of Justice, even though whether or not Trump’s interference has had any effect on outcomes is uncertain. Yates said that with his constant public commentary on Twitter and phone calls to individuals directly involved in ongoing investigations, the president had eroded the public’s confidence in the independence of the DOJ.

“The rule of law is essential to our democracy, and that requires that decisions about criminal cases be made on the facts and the law and nothing else,” Yates said. “That’s why, through Democratic and Republican administrations alike ever since Watergate, there has been a time-honored norm that the White House stays completely away from criminal investigations or prosecutions and has absolutely no involvement.”

Yates also said Trump’s personal attacks on judges has undermined the legitimacy of the court, and his attacks on “fake news” have hurt the institution of free press.

“It’s one thing to disagree with a particular story that may be out there, but questioning the very legitimacy of a free press, that is absolutely essential to our to democracy and for holding people accountable,” Yates said.

But Yates made it clear that while concerning, she doesn’t believe these attacks on democratic institutions by the Trump administration are apocalyptic.

“Are we elastic enough to bounce back after this?” she asked. “I want to believe that we are, but from my perspective, the only way that we are is if we stay vigilant and we don’t normalize these things.” 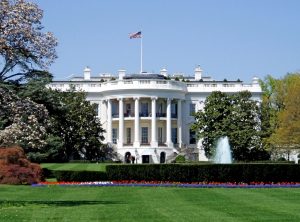