How Nationals Park Transformed the Riverfront 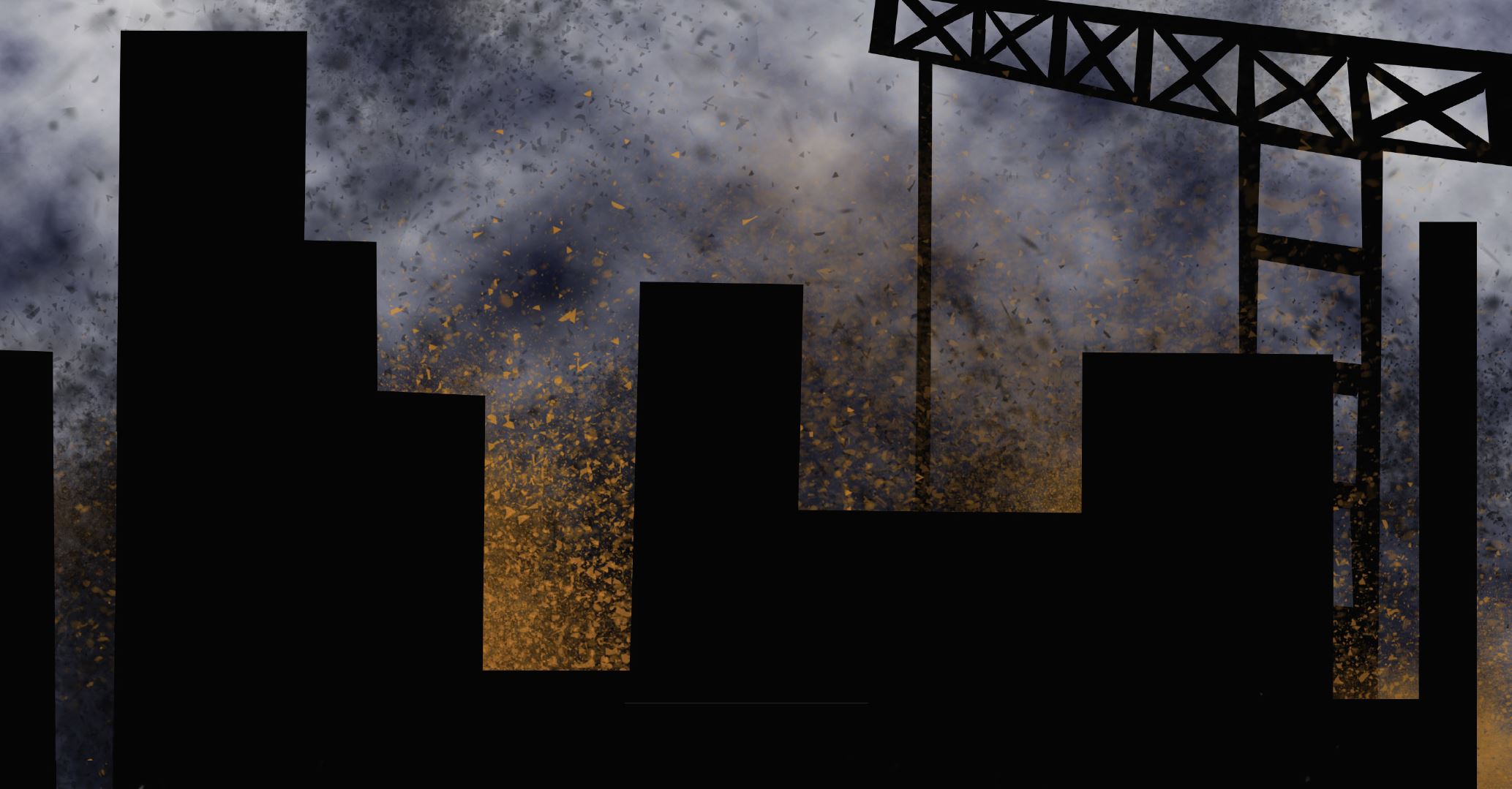 The Capitol Riverfront, the neighborhood encompassing the Washington Navy Yard, the Yards Park, and the riverfront area that stretches to the edge of Southwest D.C., sits along the Anacostia River. The neighborhood is bound on the west by Interstate 395. To the east lies Interstate 695, the construction of which cut off much of the neighborhood from the rest of D.C. during the 20th century. But now, the neighborhood is changing to become a hotspot for young professionals, thanks to a sports team.

When the Nationals moved to Nationals Park in 2008, they brought more than just baseball. “Nationals Park is an image of modern baseball: sleek, clean, class, and shining steel. Its main material is pale limestone, not marble to be sure, but it’s the closest alabaster look-alike,” Thomas Boswell wrote in a column in The Washington Post, discussing the 2018 All-Star Game, which will be hosted in Nationals Park. “For a new team in Washington after a 33-year hiatus, for new modern generations of fans, this is truly a contemporary fresh-start home park.” The park has brought large crowds and growing businesses to the previously low-income neighborhood known as the Capitol Riverfront.

In the early 20th century, the Navy Yard served as one of the largest manufacturers of naval ordinance in the United States, supplying the armed forces with both ships and munitions. Despite the location’s placement on the National Register of Historic Places in 1973, it became a forgotten piece of D.C.’s history, and the area around it was allowed to fall into decline. In 1998, the area directly around the Navy Yard was designated a “Superfund” site by the Environmental Protection Agency, a label given to the most polluted sites in the country.

“It was a low-income community which also included one of the two largest open-air drug markets in the city,” said Georgetown University professor Uwe Brandes, who formerly worked under D.C. Mayor Anthony Williams, and was responsible for coordinating investment, urban planning, and design of the neighborhood around the Capitol Riverfront. “It’s hard to imagine today,” he said. “It was a community that was often in the news because of violence. That’s the backdrop for how the neighborhood has changed.”

However, the turn of the century brought about a drastic change for the Riverfront, sparked by the Capitol Riverfront BID (Business Improvement District), which was the result of a combination of public and private investment in the neighborhood that formed under one banner. “BIDs are funded by a property tax that all property owners pay,” explained Bonnie Wright, the marketing and communications director for the Capitol Riverfront BID, and a resident of the neighborhood. The organization is made up of a board of 21 investors who own different buildings and land in the neighborhood.

Much of the economic growth came from the construction of Nationals Park. “If it weren’t for the Nats, this neighborhood wouldn’t exist,” said Elizabeth Bogie, a six-year resident of the neighborhood. With a total capacity of 41,313, Nationals Park opened in 2008 but initially struggled to stimulate busi ness. Business development hit a rocky point after the 2008 financial crisis, which hit the area hard as many investors found themselves struggling to justify keeping their investments in the neighborhood. “The investors had to pull out and they lost everything,” Wright said. “That really did halt development around the ballpark.”

Spencer Griffin, the manager of The Big Stick, a bar located right near the stadium, takes a breath as he fixes another drink for a customer. It’s a Saturday afternoon, and things are calm in the bar. But there’s a buzz of excitement as the new baseball season gets underway. “There is a pretty solid group of regulars we get here,” Griffin said. “It gets crowded on weeknights.” Griffin works behind the bar when things are calmer during the day, but he says that when the bar gets really crowded, staff have to step outside and walk on the sidewalk from the exit to the entrance to get to the other side of the bar.

Part of what makes Nationals Park appealing to local D.C. residents is that it feels like a distinctly D.C. place. “They’ve incorporated a lot of D.C. lifestyle into the stadium,” Bogie said. One of the most prominent Washington staples in the park is the presence of a Ben’s Chili Bowl, a restaurant with a rich history in D.C.

For Jed Sawyer, a three-year resident of Crystal City, Maryland, stumbling across the Navy Yard came as something of a happy accident and was largely a result of the Nationals. Enjoying a bratwurst at The Big Stick, he said that he takes friends and family to Bluejacket, a larger brewery closer to the waterfront. But when he wants a more intimate experience, he goes to The Big Stick.

Originally from Seattle, Sawyer hadn’t felt a particularly strong allegiance to the Mariners growing up. When he moved to Maryland, he became a Nationals fan by association. “Everyone here is a Nats fan, even if they like other teams,” he said. Griffin echoed this sentiment. “On game day, everyone’s wearing red. Except if it’s the Mets, there are a ton of Mets fans who come down from New York to see them play,” he said. “There’s a fun rivalry there. I think that Nats fans are very receptive to other teams. We have a lot of those types of fun rivalries.” He continued to say that because the Nationals don’t have as old a fanbase as teams like the Boston Red Sox or the New York Yankees, fans do not feel a particular animosity toward another specific team. That doesn’t mean that they aren’t passionate, though.

The Big Stick isn’t the only bar that has grown quickly since the stadium was built. Griffin said that there really isn’t a rivalry between the different bars; they all attract a different scene. But a stop at Bluejacket reveals what may be the social juggernaut of the neighborhood. The expansive interior of the brewery easily dwarfs both Justin’s and The Big Stick. When the restaurant hits its peak times, it’s difficult to get into the bar to get a drink. The bartenders take the time to chat with customers when they aren’t inundated with orders, but they aren’t able to provide the same personal touch when traffic increases. Wright said that current estimates suggest that the new neighborhood will generate three-and-a-half times as much money as the neighborhood did before the Capitol BID was created. “Technically we will have 32,000 residents, over 60,000 employees, over 3 million visitors in this live, work, play environment,” Wright said. “It’s been really interesting to see this neighborhood really take off over the past two or three years.”

The Washington Post reported that the new apartments constructed in the Navy Yard include some affordable units. Four apartment buildings include apartments devoted to low and mixed-income housing residents. The Bixby, a mixed-income housing development near Navy Yard, replaced the Arthur Capper/Carrollsburg public housing development, which was originally built in 1958 and has housed low-income seniors since 1981. In 2007, the development closed for demolition. The Bixby devoted 39 affordable units for former Capper/Carrollsburg residents, Washington City Paper reported.

The new mixed-housing came with a new requirement and met criticism. “There are some people who have been critical of the public housing redevelopment because some of the public housing residents chose not to return to the neighborhood,” Brandes said. “Part of that dynamic was related to the federal housing requirements where people living in the neighborhood had to demonstrate that they were no longer drug-dependent and were looking for employment.” Only residents who met those requirements were able to move back into their neighborhood.

“It was a larger comprehensive public strategy to create a new neighborhood,” Brandes said. “The downtown existed but was widely understood for being underperforming. The Capitol Riverfront didn’t exist as a neighborhood. It was extensive tracks of vacant land that were in public ownership.”

Baseball’s impact on the Navy Yard has been swift and dramatic, but equally uncertain.

It is clear that economic development has allowed the Capitol Riverfront to rapidly develop a new and attractive identity. However, concerns about affordable housing for low-income residents remain.

What’s next for colleges paying reparations for slavery?