She Kills Monsters is Bursting with Friendship, Foes, and Fantasy 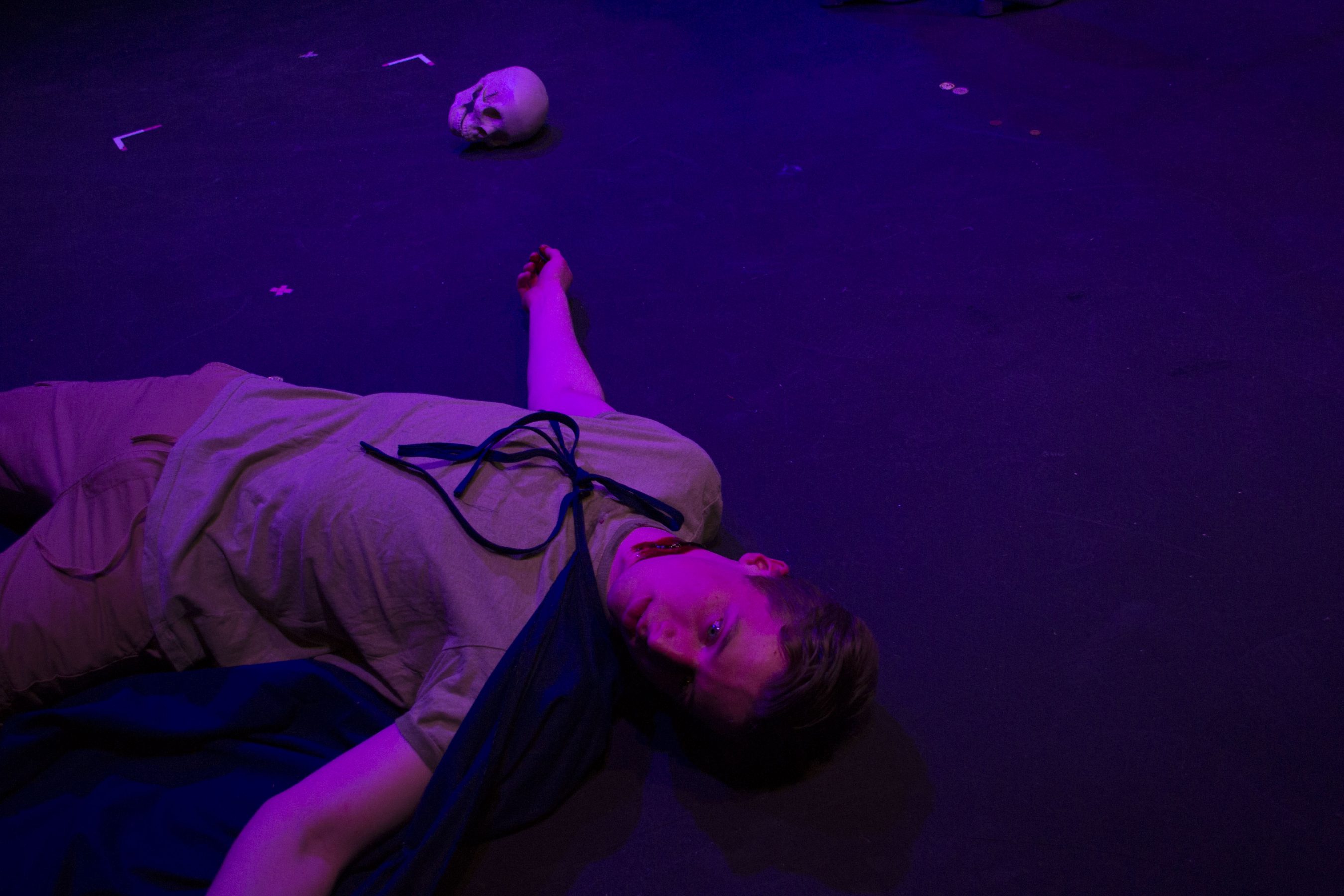 Blood. Humor. Geeks. Nomadic Theatre’s spring production, Qui Nguyen’s She Kills Monsters, is a comedic, action-packed, and down-to-earth narrative that is easy to enjoy. A heartfelt story about the fraught adolescence of a young girl, She Kills Monsters promotes self-love in a society of pressure and prejudice with a blend of witty dialogue and dynamic visual effects, with no prior knowledge of the iconic fantasy role-playing game Dungeons and Dragons required.

Set in Ohio in the 1990s, the story begins with Agnes Evans, portrayed by MaryLouise Sparrow (SFS ’19), a self-described ordinary girl whose life changes when a tragic accident kills her parents and younger sister, Tilly, played by Amelia Walsh (SFS ’20). While looking through her sister’s old belongings, Agnes discovers Tilly’s realm of dragon-slayers, elves, and demons. Realizing that she never took the opportunity to connect with her sister, Agnes decides to get to know Tilly by playing Dungeons and Dragons. She brings Tilly’s notebook to Chuck, a nerdy high school student who works at a gaming store. After recognizing a map for an original D&D game within the pages of Tilly’s journal, Chuck becomes Agnes’ Dungeon Master and guide through the journey into Tilly’s imagination.

With no experience navigating her sister’s geeky world, Average Agnes becomes Agnes the Asshatted and learns to fight with the help of her party: Orcus the Horn-y Demon, Kaliope the Dark Elf, Lilith the Demon Queen, and finally her sister’s avatar, Tillius the Paladin, a magical hero sworn to uphold righteousness and justice. These caricatures would not have been complete without stellar costumes designed by Bailey Premeaux (COL ’19) and makeup done by Vanessa Chapoy (COL ’18), not to mention the clever delivery of many sexual innuendos. As grunge rock music amplifies the edgy tone, the party seeks to recover Tillius’ lost soul and embark on a dangerous quest to fight the monsters that guard it.

Throughout her time inside Tilly’s creation, Agnes learns more about her younger sister’s once-private world. Her friends Ronnie, Kelly, and Lily reimagine themselves as Orcus, Kaliope, and Lilith, who are much stronger than they could ever be. The game also serves as an outlet for Tilly’s suppressed feelings: Her romantic interest in Lily reflects Tillius’ relationship with her girlfriend, Lilith, and her distaste for Agnes’ boyfriend Miles inspires the gelatinous Miles monster. Finally, the cheerleaders who bullied Tilly for her sexuality become the succubi, heartless demon girls who suck on the blood and insecurities of others and tear out flesh for fun.

The cast features Georgetown theater newcomers in central roles. Ciara Hockey (COL ’19), who plays Lily/Lilith, and Walsh, who plays Tilly/Tillius, both explained that despite prior experience in high school, this was their first time performing on the Hilltop. Experience aside, their bold auras commanded the stage.

“I connected a lot with my character,” Hockey said. “We both struggled with queer identities in high school and had to try and figure out how to navigate that within the constraints of a heteronormative society.”

By taking on the role of people similar to themselves, the cast invested energy into the meaning of self-expression and explored their characters with an intimate, natural flare. “I’d say this was the most personal role I’ve ever played. I’ve been murderers and priests and soldiers but it was truly liberating and an absolute joy just to play a nerd like myself,” said Jonathan Kay (COL ’21), who portrays Chuck.

One unique aspect of the show is the fight choreography, which expands the boundaries of theatrical performance. Live action and visual effects work in tandem, incorporating physical weapons such as swords and fantastical elements like Tilly’s magic missile. While action scenes and special effects establish a sense of awe, the show manages to connect with the audience through the nostalgia of youthful imagination and the power of creativity. Finding Tilly’s friends and playing make-believe, Agnes reaches back to a part of herself that she neglected in the adult world.

Director Zackary Rettig (SFS ’19) drew upon his personal experience playing D&D with family friends in the summer between second and third grade. “My first D&D character was a thief named Shakes, named after my father’s Ultima Online character,” Rettig said. “It was not long before I was being swallowed alive by a giant frog while the rest of the party desperately beat the amphibian beast through choking laughter. It was awesome.”

In a campus facilitating dialogue on diversity and inclusion, this production explores the intersectionality of identities and how it affects the way one perceives and interacts with others. For example, Agnes is initially surprised upon an encounter with Kaliope, Kelly’s in-game avatar. Kaliope is masterful at combat, whereas in real life, Kelly uses a wheelchair.

Because of Tilly’s timid and tomboyish nature, her identity was also reduced and unrecognized by restrictive societal norms. Not only was she bullied by cheerleaders for being a lesbian, but even her sister Agnes assumed that Tilly would grow out of this geeky stage and talk about “normal” things like boys, TV shows, makeup, and clothes.

“At the end of the day, She Kills Monsters is all about reaching out and accepting those of us that don’t fit the mainstream mold of society,” producer Morgan Doyle (COL ’19) said. “We picked this show because we thought that this narrative was so important for a Georgetown audience to see.”

Everyone has their own battles to fight, and She Kills Monsters encourages the audience to fight them with valor, passion, and resilience. Instead of running away from problems, Tilly chose to face them in her fantasy world, where she could freely be herself. “One of the most enduring messages that this show has taught me is: To heck with it, do what you love,” Rettig wrote in a press release to the Voice. “Being comfortable in yourself and being surrounded by those who love and support you is (poetically) better than any sword or shield could ever provide.” 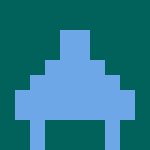