What I Learned At Georgetown

I had intended this column to be a reflection on my four years at Georgetown, but I’m having trouble looking further back than last week.

Rev. Howard Gray, S.J., who spent the final year of his decade of service to Georgetown acting as interim Vice President of Mission and Ministry, returned to campus last week to deliver a lecture in Dahlgren Chapel titled, “The Centrality of the Good Person in Jesuit Education.” When we consider the purpose of our time at Georgetown, however, becoming a good person is not likely the first thing that comes to mind.

More often, we think of learning as our goal. Indeed, as Gray pointed out, this is the first purpose of Jesuit education as Ignatius conceived it. Simple enough, perhaps. But I can’t resist sharing a few thoughts from a self-described lifelong learner.

James V. Schall, S.J., left campus a year and a half before I arrived, but his spirit and wisdom endure here. A Georgetown Jesuit of 40 years, Schall describes learning as coming to know that which is. This is a deceptively simple idea that has numerous consequences. I’ll briefly discuss one. That which is, Schall explains, stands over and apart from us. It is something to accept, not to have our way with.

This does not mean that we should tolerate injustice. We have the power and responsibility to effect justice. Nonetheless, at its most basic level, reality is unchangeable. We are in a world that pre-exists us and will, in all likelihood, endure after us. Because of this, Schall argues, the first step to knowledge is humility.

The second purpose of Jesuit education is to communicate learning. Georgetown teaches us how to learn so that we can teach others the same. In other words, we owe the world what Georgetown has given us. As Ignatius said, “Go, set the world on fire.” In giving ourselves to the world, our education is brought to fruition.

Gray decided to focus his talk on the third purpose of Jesuit education: the formation of good people. Before sharing Gray’s insights on goodness, I would say briefly that, of all the things I’ve come to learn about Georgetown, what I most love is the premium it places on the person. I would go out on a limb and say that no university in the world is so richly defined by and so beautifully reflective of the people who make it up. For this, we have the Jesuits to thank.

The Jesuits are all about people. We hear that in their maxim cura personalis, care for the whole and particular person. But it is most apparent in the founding charism of the Jesuits: love and devotion to the person of Jesus. As their full name makes clear, they are his society. They seek relentlessly to give themselves over to him so that they become more like him and more like themselves—in a word, so they become good people.

Father Gray used the Parable of the Good Samaritan (Luke 10:25–37) to illustrate who the good person is. In helping the dying man on the side of the road, the Samaritan performs four distinct acts, according to Gray.

First, he actually sees the man. Now, the man had already been seen and ignored by a priest and a lawyer, but the Samaritan sees differently. He sees that which is, namely, a man loved by God whose immeasurable life will be lost without his own intervention. What will happen to this man if I do not stop? The question presses the Samaritan as he enters into and takes on the consciousness of the dying man.

Next, the Samaritan is “moved with pity.” He feels compassion and allows his heart to be guided by it. Out of his compassion, he bandages the man’s wounds and pours oil and wine on them. As Gray noted, the Samaritan did not have a first-aid kit. Instead, he takes off an article of his own clothing (the dying man had previously been stripped) and uses what he has to help and heal. Similarly, the good person makes use of what he or she has in their possession, whether material, such as cloth, or spiritual, such as charity or wisdom.

Lastly, after taking the man to an inn and paying for his stay, the Samaritan orders the innkeeper, “Take care of him.” Thus, the Samaritan ensures that his goodness will endure in and through the innkeeper. Likewise, the good person perpetuates their own goodness by inspiring others to follow their example.

Goodness, then, is to see, to be guided by compassion, to act with what one has, and to generate goodness in others. It is worth noting that Jesus offers this parable in response to the question, “Who is my neighbor?” We might say more simply, then, that the good person is a neighbor.

I have come to realize that my four years at Georgetown have been spent in the company of neighbors. And, as I have progressed with my peers, Georgetown has helped us learn to become better ones. But for this we rely not only on Georgetown, but also on each other.

Every day, if we look closely, we see the compassion with which we offer each of our gifts in the service of others. Witnessing this is a gift in itself, a gift so great that we might call it an education. 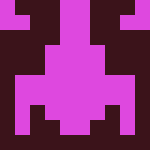