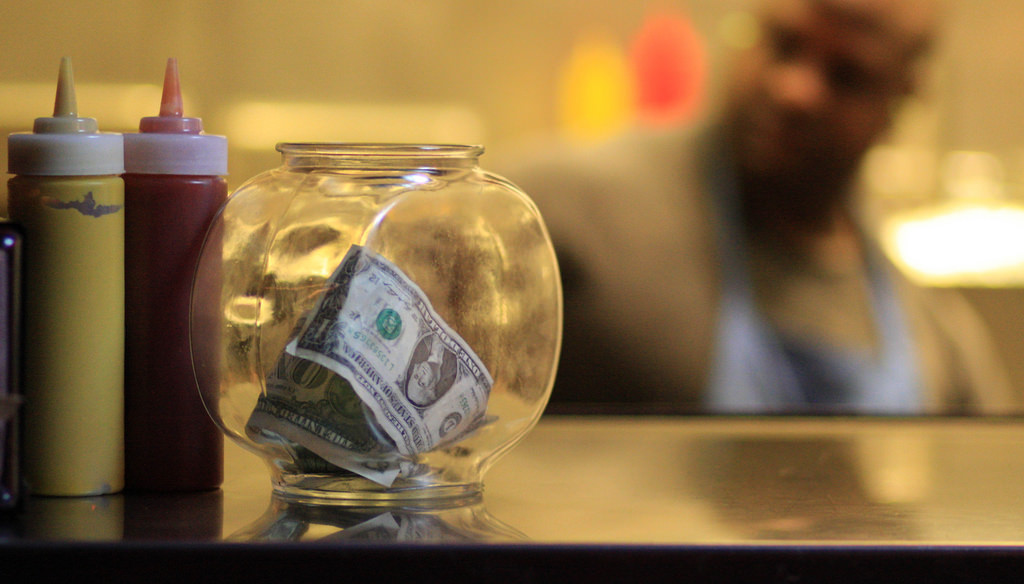 On June 19, District of Columbia residents will vote on Initiative 77, which aims to get rid of the tipping system and instead implement one minimum wage for all workers. I urge all D.C. residents to vote against it. This initiative is touted as a solution to help servers earn more money and to even the playing field of tipping. It supposedly will get rid of businesses that don’t make up the difference for employees who earn less than $12.50 an hour with tips, which is the current law. But all Initiative 77 will do is make life harder for almost every service worker in D.C.

If it is passed, I, along with many other servers I know, will have to work countless extra shifts to be able to afford to live in this city or be forced to move.

When I started at Georgetown University, I began working jobs around campus on a work-study grant, all of which paid minimum wage (at the time it was $10.50 in D.C.). While none of these jobs were bad, per se, because of my class schedules, I was never able to work enough hours in the 9-5 timeslot to make enough to pay for the things I needed (rent, textbooks, and groceries), let alone contribute to tuition. So at the end of my sophomore year, I applied for a job at The Tombs, a restaurant that employs probably close to 100 people, many of them college students.

At The Tombs, I’m paid $3.33 an hour, which is the tipped-worker minimum wage. But the catch here is that I never go home with less than the actual minimum wage in D.C., which is $12.50 an hour. In fact, most of the time I go home with $15 to $20 an hour, depending on how busy we are or how good of a job I’m doing. Being able to make that kind of money during flexible hours allows me to work while still focusing on my academics. If I earned only minimum wage, I’d have to work almost twice as many hours as I do now, and I’m sure that my academic focus would fall proportionally.

If I can work two shifts a week, from 5 p.m. until close, making $15 to $20 an hour, I’m able to afford my shared housing and buy food every month without having to ask for help from my parents or take out more loans. It’s hard work, but it’s worth it, and that’s true for every other student service worker I know.

The lower tipped  minimum wage in the service industry also helps keep costs down for the business owners. If Initiative 77 passed, instead of paying $15 for an entrée, you might have to pay $25. The increase in pricing for menu items will obviously vary depending on the establishment, but it will at least match what a person would pay including tip, if not more. So if you think Initiative 77 will help keep your costs down when eating out, you’re sorely mistaken.

Another argument in favor of the initiative claims that women and people of color are disadvantaged by the tipped minimum wage because of sexual harassment in restaurants, and while that may be true, the solution is getting rid of customers who harass staffers, not getting rid of tips.

In countries where there is no tipping, some servers have no incentive to excel at their jobs. Waiters don’t care about the customer, because the customer won’t reward them for a good job. So if D.C. gets rid of tipping, service workers have less incentive to give their customers excellent service. That doesn’t mean that they won’t, but a system of rewarding people for a job well done helps make everyone’s experience better, and helps service workers bring home more money when they’ve worked hard.

Mayor Muriel Bowser, along with the majority of the D.C. City Council, is opposed to Initiative 77. In fact, only one councilmember has publically supported Initiative 77–Mary Cheh (D-Ward 3). Council Chairman Phil Mendelson has said that he opposes the initiative in part because the group behind it, Restaurant Opportunities Center, is not even based in the District, and because the group and its supports have been dishonest in their push to get the initiative passed. If there is going to be a solution to sexual harassment and unfair pay in the service industry, it certainly won’t come with Initiative 77.

Yes, there are many problems in the service industry, but Initiative 77 will not solve them. If this initiative gets passed, I will have to choose between my academic success or my financial security, and so will many other service workers in the District. Vote no on Initiative 77, and keep in mind actual workers, not theoretical solutions, when casting your ballot.

More: DC Government, Initiative 77, No on 77, Save Our Tips, Tipping 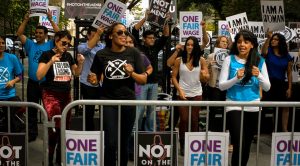 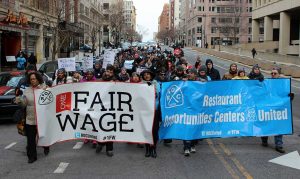