Keri Russell, Matthew Rhys, and Holly Taylor in The Americans

The Soviet Union collapsed in 1991. The Berlin Wall fell in 1989. The Washington Summit on nuclear arms reduction took place in December 1987. While this last event aptly set the tense stage for The Americans’ sixth and final season, the first two predicted its ending. Philip (Matthew Rhys) and Elizabeth Jennings’ (Keri Russell) mission to infiltrate American society posing as a married couple with two kids living in Virginia was doomed from the start, but that did not make their story any less riveting to watch. Over the years, the show’s slow-burn structure has been a treasure to behold, as episode after episode gradually peeled more and more layers of these characters’ deeply complex psyches, waiting until its final hour to prove once and for all just how irrevocably human they were at their core.

The series finale begins with Philip and Elizabeth reuniting in an abandoned garage. What had once been a symbol of safety and success, suddenly becomes the first stop on their desperate escape. Time is of the essence, and while husband and wife are physically together, they are emotionally miles apart. These last ten episodes have taken a heavy toll on the Jenningses’ marriage, scarring their relationship to the point of total destruction. Nevertheless, their fates have been intertwined since the beginning of the series, and considering the FBI is closer than ever to capturing them, their only option is to set their resentments aside and come together to battle “the Americans” one last time.

More than anything though, they must decide what to do with their two American children. Paige (Holly Taylor), the eldest, knows the truth about her parents’ jobs and has accepted it. Therefore, the decision to bring her with them is a no-brainer. However, Henry (Keidrich Sellati), the youngest, is comfortably studying at a prestigious boarding school in New Hampshire, away from all the family drama and without a clue about who his parents really are. An impossible choice for any parent to make, their ultimate decision proves to be heartbreaking. From then on, the finale devolves into an emotional roller-coaster where silent allegiances are formed, blood ties are broken, harsh truths are revealed, and the lives of these unforgettable group of characters are forever changed.

Much of the show’s success rests on the shoulders of its roster of gifted actors who have excelled throughout these final episodes. Child actors are always a gamble, but Sellati and Taylor have consistently proven themselves capable of portraying their characters with nuance and heart. Sellati has been tasked with playing the left-out, aloof family member and, though at times frustrating, his innocence and good-nature have been one of the most consistent silver linings throughout the series, making his last moment on screen utterly gut-wrenching. Conversely, through Taylor, Paige has matured from an insecure and impressionable young girl to an independent and driven young woman, who for the first time is not afraid to exercise agency. Her fateful decision in a train station towards the end of the episode is performed with such poignancy that Taylor’s shocked and grief-stricken face is sure to haunt TV screens forever.

Two other key players throughout the series have been Margo Martindale as the inscrutable KGB handler Claudia and Noah Emmerich as sympathetic FBI agent Stan Beeman, the Jennings’s neighbor and Philip’s best friend. Martindale has been superb in crafting a stone-faced character who, despite not being a villain, proved to be more cunning and deceitful than it originally appeared. Her final scene with Elizabeth in episode nine speaks volumes, showing Claudia at her most vulnerable and honest, without eliminating her manipulative and cruel antics. As for Emmerich, he has been particularly effective at conveying his character’s disbelief, fear, and overall plight in discovering his valued friends are not who they appear to be, making his titanic confrontation with Philip in the series’ finale one for the ages.

As for the series’ leads, no praise could be high enough in describing the outstanding performances Matthew Rhys and Keri Russell have given throughout the show’s six years. On the one hand, Philip,  often the voice of reason, yet a killing machine by design, has always felt like the underdog of the story. Still, through Rhys’ subtle, somber performance, the audience was able to see how Philip became increasingly repulsed by his “patriotic duty” and instead started caring about America, mesmerizingly painting the image of a morally conflicted, depressed, Russian spy. Unfortunately, not being able to fully assimilate to American society demonstrates the intransigent cultural divide that existed between him and the cherished country. At heart, he never stopped being a foreigner in the “land of the free”.

Elizabeth on the other hand, has from the start been the easier one to root for and yet, Russell’s tour-de-force more than transcended the anti-heroine stereotype by the end. Equal parts fiercely brutal, relentlessly cold, and protectively maternal, Russell’s performance became a testament to a woman’s unyielding ideological convictions. However, the cutting pain of realizing the people she trusted had been using her, shown on Russell’s deeply expressive eyes as her world comes crumbling down, reveals years of internal struggles and insecurities the character had for so long decided to repress. She never wavered until the very end, and even then, in her eyes, she was doing the right thing for her beloved nation.

Throughout the years the stakes had always been high for the Jenningses, something that was never more true than in the final season as the threat of mortality loomed around every corner. Surprisingly, the finale adopts a far more solemn and quiet approach than the previous nine episodes had, subverting expectations for maximum effect. Still, what the episode lacks in blood, violence, and death, it more than makes up for in pure emotional annihilation. The finale’s crushing final twist beautifully, albeit devastatingly, demonstrates just how shattered these characters’ lives truly were, and how irreparable their decisions throughout the series had become.

That said, most plot threads the series had been weaving for so long pay off big time, proving the old saying that good things come to those who wait. If there is anything to be learnt from this exceptional final hour of television it’s that open-ended and ambiguous endings can be just as satisfying and fitting as those that bring complete closure. We will forever wonder about Oleg’s grim fate (Costa Ronin, never better as a principled Russian son with a heart and a brain) and whether Renee was actually a spy (Laurie Holden, fittingly hard to read as Stan’s second wife). These questions, however, are ultimately beside the point. Even the main characters’ endings bring forward numerous interpretations, making their uncertain destinies all the more fascinating.

Despite being labelled by some as merely another Cold War spy thriller, The Americans has always been about more tangible themes like marriage, patriotism, loyalty, ideology, and above all, family. Espionage was just a façade. A tragic ending was presaged since the show’s inception, but just how tragic it turned out to be was the big surprise of this terrific final season. “We’ll get used to it” is the last line before the screen fades to black. That may be true, but nothing will ever be able to fill the hole inside these characters’ deeply broken and troubled hearts; a tragedy of Shakespearean proportions indeed. Even so, despite all this bleakness, as an audience we should feel fortunate for having been able to witness one of the finest shows ever produced for television. Without a doubt, The Americans will live on as one of the greats. 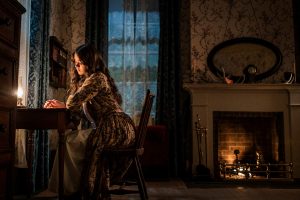 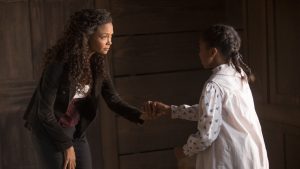