On June 14th, a little girl named Isabella stood at the corner of P Street and Wisconsin, clutching a Wonder Woman Barbie and wearing a pajama set styled after the superhero’s iconic spangled costume. Next year, she would start second grade at a D.C. elementary school, but today, Isabella was part of the growing crowd gathering in Georgetown in the hopes of seeing the stars of 2019’s Wonder Woman sequel.

The night before, trucks had arrived bearing 1980s-style cars, and crews had set to work recreating Commander Salamander, an iconic Georgetown punk store that closed its doors in 2010. The props all lined up with fans expectations—earlier that week, director Patty Jenkins had tweeted a photo of Chris Pine as Steve Trevor along with the caption “Welcome to WONDER WOMAN 1984, Steve Trevor!”.

At first, bystanders couldn’t catch a glimpse of much action. Around 10 am, extras began rehearsing driving stunt cars up and down the street. Crew members stood at street corners, directing pedestrians away from shooting areas. By noon, a tent had been set up at P and Wisconsin, not far from Isabella and her Wonder Woman Barbie, and seated in a black director’s chair was Patty Jenkins herself.

Some members of the swelling crowd at the street corner murmured and snapped pictures of Jenkins on smartphones, but many fans seemed unfazed by her presence. In response to one bystander’s exclamation of excitement at seeing the director, one preteen shook his head. “Who’s Patty Jenkins?” he asked.

The fact that Jenkins is not immediately recognizable is not shocking—after all, most of her work happens behind the camera. But the filmmaker’s impact on the industry cannot be ignored. When Wonder Woman debuted last June, it made $223 million in its first weekend, breaking the record for the biggest US opening for a film directed by a woman. In 2017, the film raked in more than $820 million total, coming in third at the box office for the year. In September, Jenkins was confirmed to make $8 million to direct, write, and produce the sequel, setting a record as the highest-paid female director ever.

On that warm Thursday in Georgetown, however, Jenkins’ impact was measured in more than money. As Isabella and her doll watched shyly from a storefront near the tent, a crew member came over and offered the girl a rolled up poster. “It’s from Patty,” the assistant said simply.

Isabella’s mom bent over to read the writing on the poster: “You make Wonder Woman proud. Love, Patty.”

As people swarmed over to see Isabella’s gift, she came out of her shell a bit, standing taller and showing off her poster. Later, Jenkins would invite her over to her tent to pose for pictures and talk to her about the movie.

Before she was the first female director of a U.S. studio superhero flick, Jenkins might have been a lot like Isabella. She was born in 1971 on an Air Force base in Victorville, California. Her father was a fighter pilot, and her mother was an environmental scientist. During a panel at the 2017 Women in Entertainment Summit in Los Angeles, Jenkins revealed that she “grew up loving Wonder Woman, loving the show, loving the comics,” adding that “always if there was an option to get the Wonder Woman notebook,” she would choose it “for sure.”

Maybe Isabella won’t grow up to direct a superhero blockbuster, but she’ll remember meeting Jenkins for the rest of her life. The filmmaker’s success with Wonder Woman is a step in the right direction for women in entertainment, and last week, she brought a little bit of the magic to Georgetown. 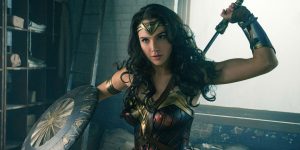 By Graham Piro and Noah Buyon 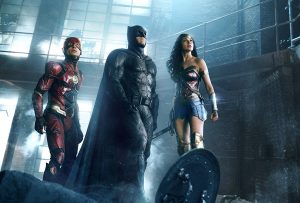