The Meg is just about everything that you want it to be. It follows the destructive path of a giant, not-so-prehistoric shark who is surfacing for the first time in thousands of years and wants a taste of beach-happy humans. Along the way, The Meg nods to Jaws a few times, dangles a person or two within a hair’s distance of the massive, chomping teeth of a very angry fish, and even manages to squeeze in a few explosions. For the most part, the movie is completely aware of the good bad film that it is, and it avoids taking itself too seriously. The only disappointing moments are those when The Meg insists on developing its characters with details that are unnecessary or attempts to elicit emotional responses from viewers who just want to see the shark cause more epic, CGI’d ruckus. Altogether though, The Meg knows that it’s here to do just that, and it plays its role well. It’s a solid action-thriller starring Hollywood’s longtime favorite monster, and it’s a great dose of scary fun to tie off the dog days of summer.

The rediscovery of the megalodon was an accident. The film starts in Manna One, a research center in the middle of the Pacific Ocean. The center is staffed by a team of scientists paid by the goofy billionaire “Morris,” played by the well-cast Rainn Wilson, to discover something that will make him more rich. The center is lead by marine biologists Zhang (Winston Chao) and his daughter Suyin (Bingbing Li), along with researchers Jaxx (Ruby Rose), Mac (Cliff Curtis), and DJ (Page Kennedy). Morris arrives for a short visit just as the group is sending down a small submarine of researchers to attempt to dive deeper than has ever before been attempted. In one of the first moments of loveable ridiculousness, they explain that their theory is that the bottom of the Mariana Trench is not really the bottom, but a penetrable cloud called a thermocline. The research vessel predictably makes its way through it before being attacked by a big something in the water. Their ship disabled, the crew back at Manna send for backup from Jonas Taylor (Jason Statham), a world class deep sea diver whose ex wife happens to be one of the trapped researchers. Taylor has seen the big “something” before, but was dismissed years prior as crazy for describing a shark of mega proportions. Now, it’s his time to shine.

When Jonas arrives, The Meg flips the switch from forgettable exposition to big shark warfare. The shark’s first destination is a nearby boat that proves little match for its massive jaws, and when the team at Manna One arrive to assess the damage, they too become prey. In Jaws fashion, the crew end up boatless and vulnerable in the water, making for exciting near-misses accomplished by Jonas heroically yanking other cast members from the water. Once regrouped, the team sets out again armed with poison spears and a crack proof plastic, cylindrical shark cage. The concept is almost certainly unrealistic (Jaxx reports to Jonas that only 400,000 pounds of pressure could even make a dent in it), but allows director Jon Turteltaub to showcase up close, underwater shots of megalodon from a character perspective that make the shark look and feel more intimidating and massive than any above the water shot could ever accomplish.  Beyond this creative angle, there’s little special going on cinematically, in fact, the underwater CGI scenes occasionally teeter between realistic and not, but these shots show off a scary, mostly realistic-looking shark. In comparison to the ridiculous looking, flying Sharknado sharks to whom the megalodon in this film is a peer, the scary quality to the shark’s physical appearance is actually quite the accomplishment.

Barring its attempts at emotional depth and forgiving the corny one liners, The Meg is a ridiculous, fun watch. The concept of a rogue shark is enthralling enough on its own, but it is made 100 times cooler here, supersized to prehistoric proportions. Jaws fans will appreciate The Meg for not overstepping its B-movie status by pretending to be a serious film, but for still paying respect to Spielberg’s movie. The classic beach scenes that made Jaws so naturally unsettling are channeled in some of the most exciting scenes of The Meg. The concept that Spielberg came to embrace following the popular fear of sharks expressed by the public after Jaws is also featured here: the people, hunted and consumed whole though they are, may be a tiny bit to blame. Despite the megalodon’s moral innocence, though, the film avoids getting too hung up on it. Massive jaws snapping, helicopters exploding, and boats getting torn to shreds, The Meg is a blaze of action film glory. 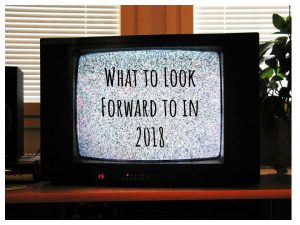