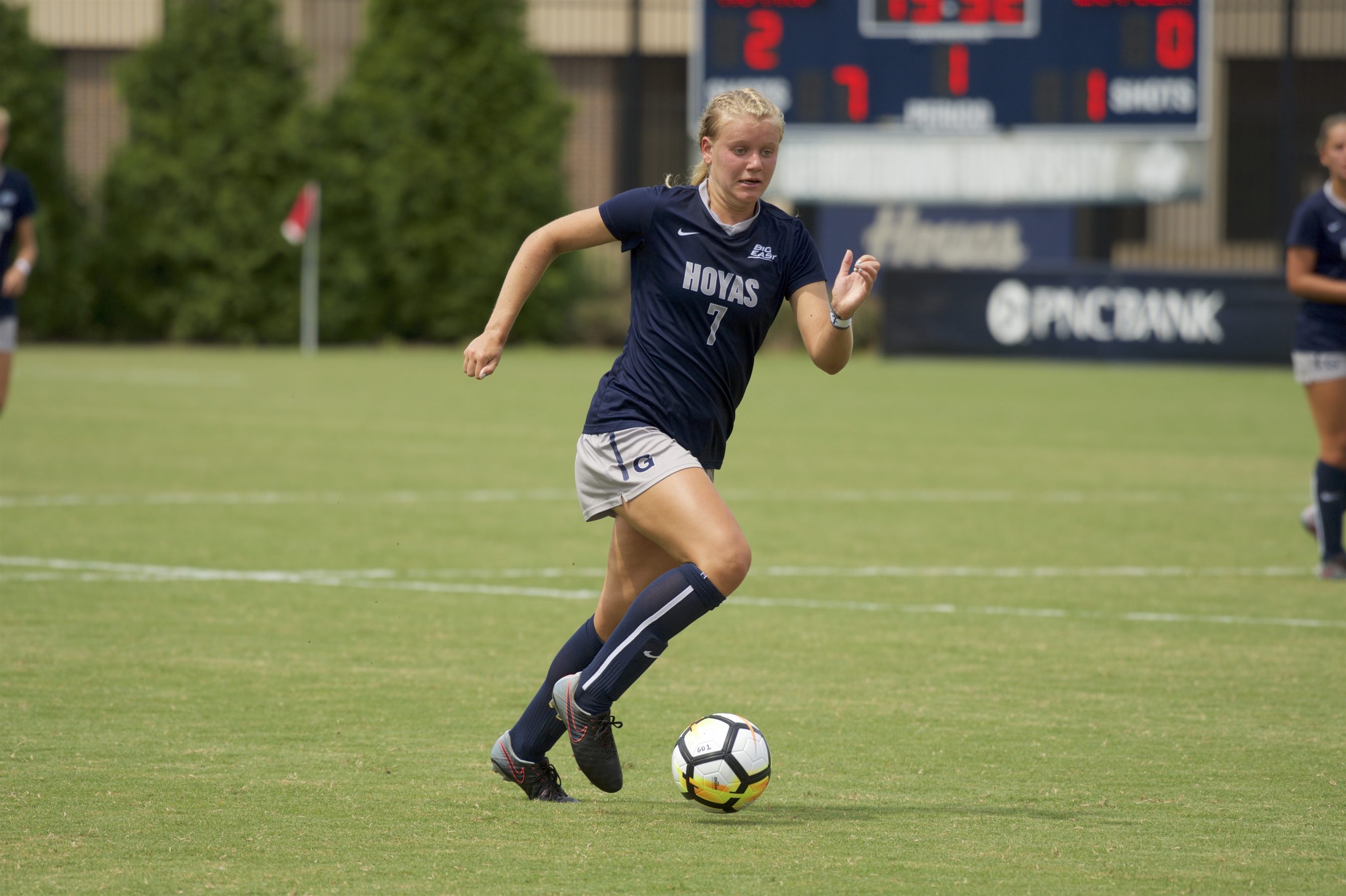 Facing a George Washington team (4-1, Atlantic 10) off to a hot start this season, the No. 11 Georgetown women’s soccer team (3-0-2, Big East) kept its early undefeated record intact with a 1-0 victory up the road at the GW soccer field. Senior forward Amanda Carolan was the difference maker Thursday night, slotting in a late goal to give the Hoyas their third shutout of the season.

Coming off a hard fought scoreless double-overtime draw against No. 12 Duke (2-1-1, ACC) and a 3-1 win over Yale (1-2, Ivy League) last week, head coach Dave Nolan’s squad came into this matchup against the crosstown rival Colonials with confidence, and that showed early on. The Hoyas were on the front foot from the opening whistle, taking eight shots in the first half against just two from GW.

A series of early first half opportunities from sophomore midfielder Isabelle Fuchs and senior forward Caitlin Farrell forced GW senior goalkeeper Anna Tapen to make four early saves. Tapen, taking over the starting duties this season from long standing Colonial keeper Miranda Horn, who graduated last year, handled Georgetown’s pressure well. In the final six minutes of the first half, sophomore midfielder Grace Nguyen fired two solid shots on goal, trying put the Hoyas ahead going into the break, but Tapen came up with big stops both times. On the other side of the field, Georgetown senior goalkeeper Arielle Schechtman was not worked once the whole first half. However, despite the lopsidedness on the stat sheet, the D.C. rivals went into the break scoreless. Nolan had a feeling this game would be no walk in the park.

“Playing at GW has always been a tough game for us,” he said. “While we defended pretty well, we found it hard to generate enough quality chances.”

In the second period, the Colonials finally got some offense going. Between the 52nd and 57th minute, redshirt junior defender Megan McCormick and junior defender Deena Desilva forced Schechtman into action, and she made three key saves.

Despite the shift in momentum, it was Georgetown that would eventually capitalize on its opportunity in the 71st minute. After being called offside, the Hoyas quickly regained possession and the ball came to the feet of junior midfielder Carson Nizialek. Nizialek looked up and found Carolan inside who placed the ball past Tapen for the only goal of the game. From then on, Georgetown controlled the game, not allowing the Colonials any more significant chances. Nolan was pleased with they way his team kept at it despite a frustrating first half.

“The second half was a little better and maybe we should have scored one or two more but it still took a tremendous save from Arielle [Schechtman] just after we scored to help secure the win,” he said. “On to Sunday now for a huge contest against longtime rival West Virginia, the girls are excited for that challenge.”

The Hoyas will next take on the Mountaineers Sunday at 3:00 p.m. ET in Morgantown, WV. Follow @GUVoiceSports for game day updates and continuing coverage of Georgetown fall sports. 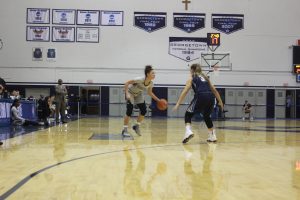 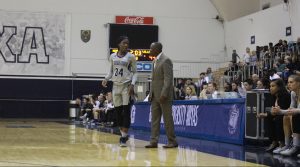