On September 4th, 1981, a queen was born. Perhaps the most iconic artist working today, Beyoncé has managed to continuously dominate the charts, selling over 100 million records worldwide, winning a total of 22 Grammy awards, not to mention countless other accolades.

I grew up listening to Beyoncé and she has remained my favorite artist for the better part of a decade. To celebrate her 37th birthday, I’m going to take a look at my two favorite songs from each of her six solo albums, and hopefully it’ll be clear why I am fully convinced God is a woman and her name is Beyoncé.

Starting off the list with the song that started it all, “Crazy in Love” remains one the most exemplary Beyoncé songs to date. Beyoncé’s vocals are in their prime, giving off an infectious energy of a woman who is crazy in love. Jay-Z’s presence on this song is some of his best work to date. A simple “uh oh, uh oh, uh oh, oh no no” is enough to get anyone up and dancing. The music video is instantly recognizable. It is quite simply one of the best songs of this century, no question.

If you’ve never heard me lose my voice singing this song at the top of my lungs, then you’re really missing out. “Dangerously in Love”, originally released by Destiny’s Child, is a vocal that is as beautiful as it is agonizing. Beyoncé’s desperate, raw love practically rips into your gut to the point where you also feel that dangerous love she’s singing about.

Fun fact: I sang this song at a birthday talent show. I did not win because I can not sing. This song is attitude, it’s charisma, it’s the perfect diss song to every no good man that’s ever walked this Earth. “You must not know ‘bout me,” is iconic in and of itself, but then she adds, “I could have another you in a minute / matter fact he’ll be here in a minute.” I can almost hear a chorus of people in the background shouting, “damnnnnn.”

I very nearly picked “Upgrade U” instead of this, but “Ring The Alarm” has an outrageous, borderline psychotic energy that I can’t resist. It is fast, and the lyrics are ridiculous in all the best ways (“Ain’t no other chicks spending your dough”). The bridge, when she slows it down and begs to be understood, only to switch back to anger is hypnotic. This song is a delight to sing along to and is one of the most hype Beyoncé songs to date.

Alright, seriously, this is a list of favorite Beyoncé songs. If you thought this wasn’t going to be on it, you’re crazy. This song matches “Crazy in Love” levels of iconic. For me, the song can’t be discussed without the music video. They complement each other to form one masterful piece of art. The song isn’t lyrically dense, and the music video isn’t complex. But this song dominated the year it came out, the video is forever immortalized in popular culture, and, for that, it is one of my favorites. That, and the fact that I still have to finish learning that dance.

“You made a list and didn’t include “Halo”, you imbecile,” is what I imagine you are saying right now. “Halo” is positively gorgeous, but there’s something about the quiet, simple grace of “Smash Into You” that puts it at the top of my playlist. It’s soft and sweet, and Beyoncé really takes her time with a vocal that I find to be among her most beautiful.

This song is one of my favorites for many of the same reasons that “Smash Into You” is. It’s not a complicated song, but it perfectly captures the fun, sweet, and pure parts of falling in love. It doesn’t hurt that the music video was filmed in Brooklyn, where I happen to be from. Yes, I am still upset I didn’t get to see it be filmed.

This song captures in all the right ways the more adult, raunchy vibe that Beyoncé was going for with this album. Her unabashed, unflinching sexuality is confident and, most importantly, unapologetic. It calls back to early songs like “Naughty Girl”, except this time Beyoncé fully commits to the sheer sex of it all. No allusions, no innuendos. Beyoncé is a grown woman fully embracing her sexuality, and it is as powerful as it is fun.

This album is Beyoncé’s most vulnerable piece of work to date, and the sheer pain, love, and anger all come to a head in “Sorry”. This song is fierce. It’s like “Irreplaceable” was just the tip of the iceberg for the ways in which Beyoncé can lyrically destroy a no good man. But it’s also incredibly devastating and vulnerable. The anger in her vocal is matched only with pain and you feel it in every single syllable. She is pissed, but she is also hurt. It’s a punch to the gut and I love it with every inch of my being.

Lemonade marks a shift in Beyoncé’s career, one in which she begins to get unapologetically political. Beyoncé has always owned her feminism (“Who Run The World (Girls)” is a perfect example), but in this album her identity as a black women takes center stage. Freedom is an anthem, it is a cry for justice, it is unflinching in its demand for black liberation. Kendrick Lamar’s verse fills me with emotion every time—the energy in his vocal, the frustration in his lyrics are palpable. I feel powerful, I feel angry at this country for the way it treats my people, I feel strong, I feel black as hell and I feel proud as hell. This song performed live is on another level. It is everything. 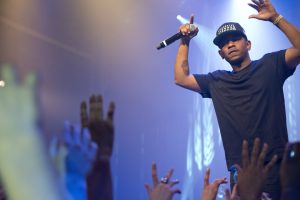 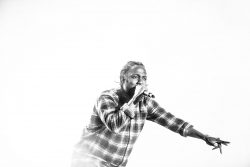