Home » By The Numbers » Baselitz: Circling Back to Germany 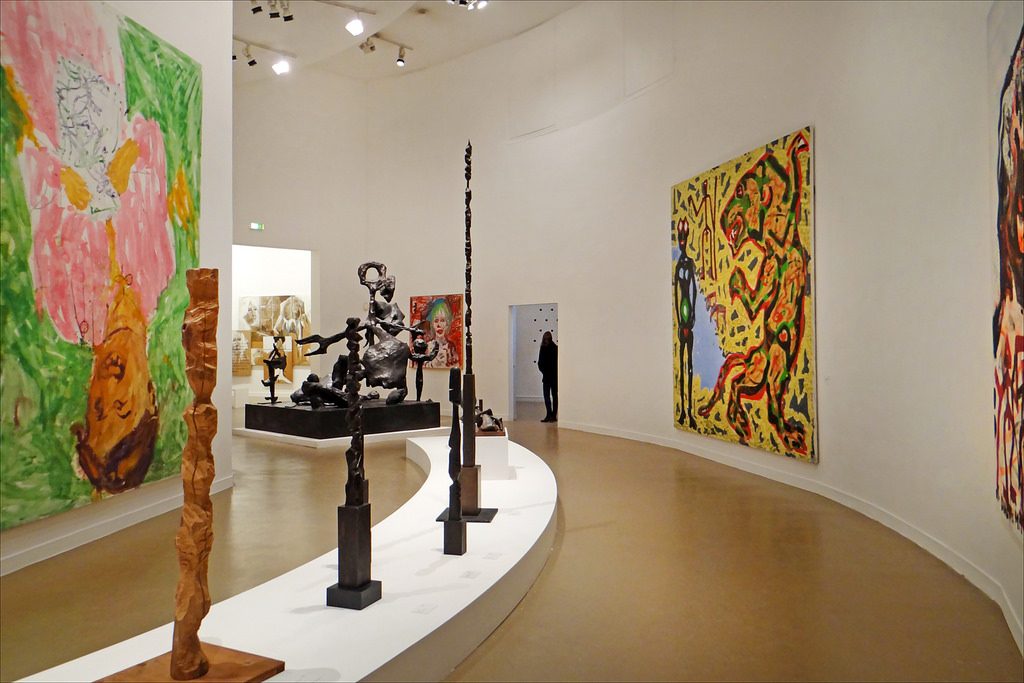 Baselitz: Circling Back to Germany

Over the course of his life, German artist Georg Baselitz has amassed a body of work that is equal parts historical, political, and personal. Baselitz: Six Decades in Review, now on display at the Hirshorn Museum and Sculpture Gallery, is a sweeping collection of Baselitz’s work, grouped by the decade in which it was produced. From distorted figures imagined in the wake of World War II to inverted portraits and coarse sculptures made in the ‘70s and ‘80s, Baselitz’s work spans a lifetime, yet his experience in WWII-era Germany clearly persists throughout. As the exhibit progresses room by room, viewers can experience the trauma, disruption, and eventual reconciliation of not just one man, but an entire nation.

Born in 1938, Baselitz grew up during the height of the Nazi regime and survived the Second World War, despite the proximity of the conflict to his life. Baselitz’s father was a member of the Nazi party, so there was constant political activity in the Baselitz’s home, which later became a hideout shelter during Soviet bombings. In an interview available on the Hirshorn website, Baselitz said that he channels the distressing memories of his childhood into his art, using them as fuel for his creativity. The distress is visually undeniable in his work, as is his unique style.

After the war, as abstraction was pitted against Social Realism, Baselitz’s style stood out, singular for its time. Teetering on the edge of abstraction, his style retains just enough form to carry recognizability and meaning for the viewer. Because Baselitz walked the line between the two styles, he rejected the rigidity of each respective school and largely avoided the formal art scene all together.

The first prominent painting that Baselitz produced in the Berlin art scene rocked the formal art world with controversy. The Naked Man reflects the distortion of bodies, both living and dead, that Baselitz encountered in the war. The figure lies on the ground, an almost unintelligible mesh of organs outside of the body, with the distinct exception of the figure’s genitals. The mainstream rejection of The Naked Man not only solidified Baselitz’ independence from formal art movements, but was also indicative of the direction of his work for many years.

War-torn bodies were the main subject of Baselitz 1965 “Heroes” series, which hearkened to the brutality and irony of what being a “hero” meant in Nazi Germany. Emotions heightened by his past with the Nazi Party, the paintings are far from heroic. Bloodied, battered, and broken, the heroes stand alone on sparse backgrounds of war-torn landscapes. Their distorted figures indicate the heroes’ pain and trauma, but the portrayal stops short of extolling their sacrifice, instead focusing on their pain.

Another strategy Baselitz used was inverting clichéd imagery to force the viewer to reconsider what they find visually comfortable. Much like Baselitz’s childhood was flipped upside down during the war, he turns well known images, like classic portrait styles, literally on their head. It allows the viewer to focus on the color, linework, and composition, which are more refined in this series than some of his later work. Viewers may still find themselves straining to see the portraits right side up, but Baselitz does not allow it, much like his own life of hardship did not allow him to make sense of anything. The imagery reflects not only history and the effect of the war, but Baselitz’s own personal and psychological process.

As the ‘80s began, Baselitz attempted to expand his style to incorporate influences from African art, but was again haunted by German history. His large, wooden sculptures undeniably hail from tribal African artwork with their simplistic forms and embellished figure shapes. The sculptures are hewn by rough carve marks that exhibit the intensity of the production process and parallel the broad, energetic strokes of Baselitz’s paintings. His first attempt at such work was embroiled in controversy when some accused the raised arm of the reclining Model for a Sculpture of being the Nazi Party salute. As the exhibit reports, Baselitz responded to the controversy later in life, “what I could never escape was Germany, and being German.”

In his “Remix” series, executed later in his life, Baselitz rehashes some of his most iconic works. By changing color schemes, scaling the work up and down, and loosening the form, he reframes his earlier paintings through the lens of his older, more refined emotions. Though some of his works clearly show the passage of time—in an inverted portrait of Baselitz and his wife, wrinkles and sagging skin appear where they were absent in the original—others simply dissolve stylistically. The energetic, communicative, and particular brushstrokes of his youth are replaced with erratic marks that brutishly communicate a much looser image. Light Pollock-esque splatter and ambient clouds of gray are indicative of a much more morbid mood, perhaps a result of Baselitz’s aging.

Baselitz has always been firmly rooted in his experiences in Nazi Germany, even as he attempted changes in style, scale, and material. As he wrestles with and continually returns to his own personal trauma, a practice especially evident in “Remix”, he actually ends up producing a series of work that captures the pain of an entire generation of Germans. For both Baselitz and Germany, morbidity, distress, and pain return again and again, culminating with an eventual half-reconciliation. For both, growth can only be judged against what was once terrible. This monumental exhibit, properly set in the Hirshorn’s round museum layout, doesn’t just show a series of art pieces, it displays the life cycle of a fractured artist and a broken country, forever circling back to the past. 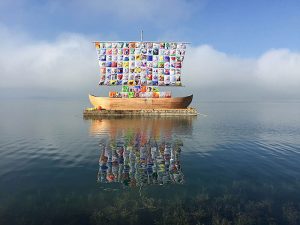 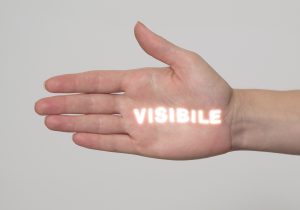