Carrying On: The Cost of Fitting In 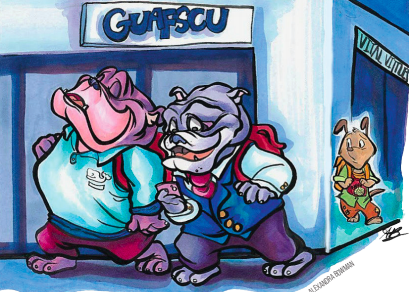 I hear the phrase “I’m broke” a lot at Georgetown.

But it’s not “I’m broke and don’t have money to pay my bills.” “I’m broke” is usually used to express the inability to spend more money on a parent’s credit card because it will result in a lecture on responsible spending.

But it’s not “I’m poor because I’m actually living below the poverty line and am making a wage that keeps me from purchasing basic necessities.” “I’m so poor” is usually said after spending $75 each on a random Thursday night dinner on M Street that included appetizers and drinks.

The wealth at Georgetown is nothing I’ve ever experienced before. I had never seen a pair of Tory Burch flip flops or a Canada Goose jacket before I came to Georgetown. I didn’t know that it was common to travel around Europe during school breaks or ski at the same resorts as the Kardashians. I never thought there were people who just didn’t bother applying for financial aid at a school that costs over $70,000 a year.

My parents make well above the median income in the U.S. which in 2016 was just over $55,000 per household. Of course, they still stress about paying bills, and yes, it would be nice if we could take vacations more often. But at the end of the day, my siblings and I still get presents for our birthdays, we have a car to drive ourselves around, and we go to great schools. Things that might be simple, but that many people don’t have access to.

Yet at Georgetown, it oftentimes feels like I’m living well below the average. That’s because here, I am.

In Jan. 2017, the New York Times published an article about the massive income inequality at elite universities in the United States. The report found that at Georgetown, 20.8 percent of the student population comes from the top 1 percent, meaning their families make more than $630,000 annually. In comparison, only 13.5 percent of the student population come from the bottom 60 percent of U.S. families, less than $65,000 annually.

For many Americans, $630,000 isn’t an amount of money they can even conceptualize. $630,000 is more money than they’ll see in their lifetime. But here, one in five students have at least that much.

The result is an extreme disconnect from reality. The majority of Georgetown students have no understanding of how an average American family lives. This doesn’t just separate them from the Americans who live outside this bubble of wealth–it separates them from their fellow, lesser-earning students.

At Georgetown, you quickly learn that in order to participate in social life you have to spend a lot of money. To keep up with the new friends you make on your freshman floor, you’ll have to spend $100 on a fake ID and then a subsequent $20 to $30 each weekend on drinks. If you want to go on spring break with your friends, you’ll be expected to spend far more than you would on a typical college trip to Daytona Beach – you’ll spend thousands to fly to Cancun or Punta Cana and stay in a 5-star resort.

For wealthy students, this is their lifestyle and why should they change it if they can afford it? The problem is that by maintaining this spending and social life, students are, unintentionally, reinforcing a class separation. Students with less money are alienated because they can’t afford the cover at Flash – while students who can afford it only associate with other students who can. We end up with clear distinctions of income and class in not only clubs but friend groups as well.

We compare ourselves to others a lot at this school which is natural at an elite university. I’m used to comparing myself to others. In high school, I compared what I looked like, what I wore, and what my grades were to other kids in my class.

Neither of my parents graduated from college. Of my three siblings, I’m the first to have gone away to school. My parents helped me as much as they could when I was applying to colleges, but for the most part I was on my own.  My public school just wanted me to get in somewhere and had no college counselor to support me. And then, once I figured out the application process, I had to navigate the complex process applying for financial aid myself.

After what seemed like a fight just to get here, I spent most of freshman year comparing myself in the classroom to students infinitely more prepared for Georgetown’s academics than I was. I compared my five page papers – the longest I had ever been asked to write – to the students from schools with writing tutors and rigorous English classes – well above the level of AP Literature at Neshaminy High School. I compared my ability to understand and discuss Plato and Aristotle to everyone else in my discussion section who “already had to read this in high school.”

Sophomore and junior year, when it was time to start applying for summer internships, I compared my friends’ ability to accept unpaid internships in New York to my job at the RHO.

And now as a senior, I compare my stressful job hunt for something that can pay back my tens of thousands of dollars in student loans to my friends’ seemingly endless opportunities after graduation.

At one point or another everyone at Georgetown feels like they don’t belong – usually because they don’t fit in with their freshman floor or because they didn’t get accepted into the handful of “exclusive clubs” on campus.

But there’s a much smaller group of students that feel like they don’t belong because they don’t have the money or the connections to keep up with lifestyle that average Georgetown students live. Exclusivity on this campus is a problem we talk about a lot, but exclusivity extends well beyond rejection from the Eating Society or the Corp. When we talk about exclusivity at Georgetown only in terms of our campus clubs and culture we miss an important point: Georgetown is exclusive to the vast majority of this country – the majority that is making only $55,000 a year or less.

The whole point of this isn’t to simply say that I wish I had as much as other Georgetown students.

It’s that I wish more Georgetown students were like me. I wish more students came from similar backgrounds, had similar doubts and problems, and similar levels of income.

I wish I hadn’t spent a majority of my time at this school stressing about how to keep up with everyone else. 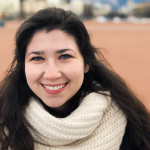