In the spring of 2017, undergraduate resident assistants employed by George Washington University were extended the right to organize into a labor union by the National Labor Relations Board (NLRB). Although the campaign was eventually called off  by the Service Employees International Union without the knowledge of the student organizers, the NLRB decision offers an important opportunity for undergraduate employees that needs to be taken up on Georgetown’s campus.

RAs at Georgetown currently face a troubling position as some of the university’s most important undergraduate employees as well as some of its most egregiously exploited ones.  They play an integral role in undergraduate residential life as mentors, advisors, mediators, and role models for first-year and transfer students trying to navigate the complexities of college. However, they are simultaneously subject to inadequate compensation, financial instability, food insecurity, and an increased potential for personal harm.

Although RAs at Georgetown are compensated with a meal plan and free room and board, the meal plan tends to be insufficient for RAs who stay on campus 17 weeks a semester. The math allots 8-9 meals a week and proves to be a serious issue of food insecurity for RAs.

RAs who might normally benefit from federal work-study grants may not be eligible due to how their benefits factor into financial aid decisions, which makes finding another job on campus difficult and time-consuming. Additionally, RAs are expected by the Office of Residential Living to work about 20 hours per week, in addition to time spent counseling and mentoring the students for whom they are responsible. Thus, RAs have little time to spend working another job, especially amid their other responsibilities such as classes and extracurriculars.

In addition to food insecurity and financial instability, Georgetown RAs sometimes find themselves in situations that are personally dangerous. This article (content warning: sexual assault) from 2014 helps to highlight the sorts of situations that RAs on campus can still find themselves in today. The Office of Residential Living has refrained from addressing the concerns of RAs about their own personal safety. It has remained characteristically unresponsive while consistently marginalizing the voices of student workers.

In the face of a callous and unresponsive employer, the only way for RAs to properly address the issues that they face is through their own organization and exercise of their collective power. It seems clear that the university administration as a whole is reluctant at best to rectify the concerns of student workers when it comes to their conditions of employment, as has been demonstrated by the victory of the Georgetown Alliance of Graduate Employees (GAGE) that only came after a hard-fought campaign including demonstrations, flyering, petitions, and social media.

It is GAGE’s model of student worker organizing that offers an important impetus for undergraduate resident assistants to follow suit, organize into a union, and pressure the university administration into addressing their concerns and treating them with the dignity all workers deserve.

Our resident assistants deserve not only better compensation, an end to their food insecurity, and sufficient protection from harassment and assault in the workplace, but also more control over the conditions of their employment. Though traditional advocacy work might marginally help attain the first three, only a labor union can truly ensure that RAs have control over their own employment.

A successful campaign by RAs to win union recognition from the university would win for them financial stability, food security, and employee dignity. More importantly, it would influence the way that we understand and value labor in our society as well as the ways in which we, as undergraduates, can challenge the conditions of our university.

One refrain often recited by university administration concerning student worker efforts to unionize is the somehow uniquely non-financial relationship between student workers and the students they serve. This rhetoric emphasizes that some student employment involves building relationships with other students. This might take the form of a graduate student teaching assistant getting to know the undergraduates in their recitation section or an undergraduate resident assistant developing meaningful relationships with the first-year students on their floor.

Because much of the work done by RAs is emotional labor, university administrations dismiss it as less dignified than traditional, physical or intellectual forms of labor and as a result are reluctant to recognize it as labor deserving of a union. The argument that student workers should not unionize because their emotional labor is hard to quantify comes from a position of patriarchal privilege.

In contrast, a successful resident assistant unionization campaign would directly challenge this patriarchal notion of the less dignified status of emotional labor. Broadly, it would play a role in pushing back against traditional gendered separations of labor that have plagued both society and the labor movement.

Finally, the successful organization of undergraduate student workers into a union would allow us to re-conceptualize how power can be wielded on campus. Traditionally, GUSA has monopolized the role of advocate for the undergraduate community here at Georgetown. However, in light of recent turmoil regarding honesty and accountability in the organization, we as undergraduates should consider alternative methods of not only making our voices heard, but of getting our opinions realized.

The best method for doing so would be in a self-organized labor union. Unions allow their members to combine their individual desires for change into a collective force that can challenge the entrenched power of university administrators. Rather than meeting administrators on their own turf, that of bureaucratic stagnation and non-committal pandering as traditional student government does, we can build collective power in a way that allows us to challenge the university on our terms.

Impactful social change does not come through a quest to find the objective “best” solution, but through disrupting and challenging the dominant structures of power. Student worker unions offer an opportunity and model to revolutionize the ways in which we interact with administrations and the ways we interact with institutions of power overall.

I hope that RAs on our campus take up this opportunity as a solution to both an unresponsive administration and to the issues that they face every day. They are valued members of our university community who deserve not only to be free from personal harm and food insecurity, but also to be rewarded with dignity and agency for their work.

Disclaimer: The writer is not a Georgetown resident assistant and the information used in this article comes from research as well as conversations with a number of different RAs. 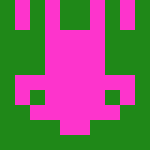