The GUSA Senate unanimously approved the creation of a new Ethics and Oversight committee on Oct. 8. The new committee will investigate and discipline GUSA officials regarding, “attendance, responsiveness, respectful conduct, and decorum,” according to the proposed amendment to the bylaws. The legislation must be approved by the Executive to become law.

Senator Sam Dubke (SFS ’21) said he and other senators witnessed “chronic absenteeism,” lack of responsiveness, and conflicts of interest in both the Senate and the Executive last year. Dubke, a co-sponsor of the bill to create the committee, felt students’ impression that GUSA is not effective was propagated by a lack of accountability, which this new committee will work to ensure.

“There are a lot of people on both ends of student government, senate and executive, who were, to put it frankly, just not really doing their jobs,” Dubke said. “And the fact that someone would take up a space in this body that 15 had wanted and just sit there, put it on their resume and not doing anything about it defeated the whole purpose.”

The legislation grants the committee the power to issues letters of warning, subpoena GUSA members, and bring articles of impeachment to the rest of the Senate.

However, Dubke emphasized that this committee is not meant to handle allegations of sexual misconduct. Such investigations should be dealt with by third-party trained professionals, not students, Dubke said.

Hughes, another of the bills cosponsors, stressed during the meeting that the bill had been in the works over the summer, prior to the recent resignations of former GUSA President Sahil Nair (SFS ’19), Vice President Naba Rahman (SFS ’19), Chief of Staff Aaron Bennett (COL ’19), and other senior staff members.

Under the legislation, the committee would have the power to request an Organizational Climate Inquiry and Review, the process by which staffers in the university’s Title IX Office and Center for Student Engagement investigate allegations of sexual misconduct within an organization and recommend appropriate courses of action.

Senator Matthew Buckwald (COL ’20) is, “all for the accountability and transparency,” that the Ethics and Oversight committee is meant to provide.

“Obviously some people do have a lack of trust in GUSA right now, so accountability is needed,” Buckwald said. “To be in touch with the larger student body we need to be held accountable for our actions.”

He sees the committee is a “precautionary mechanism” to provide ways to deal with potential misconduct as opposed to a representation of a lack of confidence in GUSA itself.

In addition to approving the new committee, the Senate had to call in GUSA Vice President Kenna Chick (SFS ’20) to break a 14-14 tie vote for chair of the committee between Dubke and Hughes.

Chick voted for Hughes, whom Dubke called the “foremost expert” in bylaws and other procedural matters.

“During the period of deliberation, I was really moved by the accounts of the senators who spoke in favor of Senator Hughes,” Chick wrote in an email to the Voice. “Furthermore, when I attended the senate meetings, Senator Hughes has displayed an impressive knowledge of senatorial procedures and a willingness to codify and pass on this knowledge.”

During the meeting, the Senate also appointed officials to a number of other positions, including standing committee chairs and Executive Officer. Lengthy debate over the new committee, which resulted in an almost four-hour meeting, forced the Senate to table its remaining agenda until its next meeting Oct. 14 at 5 p.m.

The following is a list of all of the positions filled at the meeting: 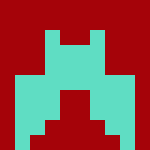