Native Americans and National Parks: A Case of American Amnesia 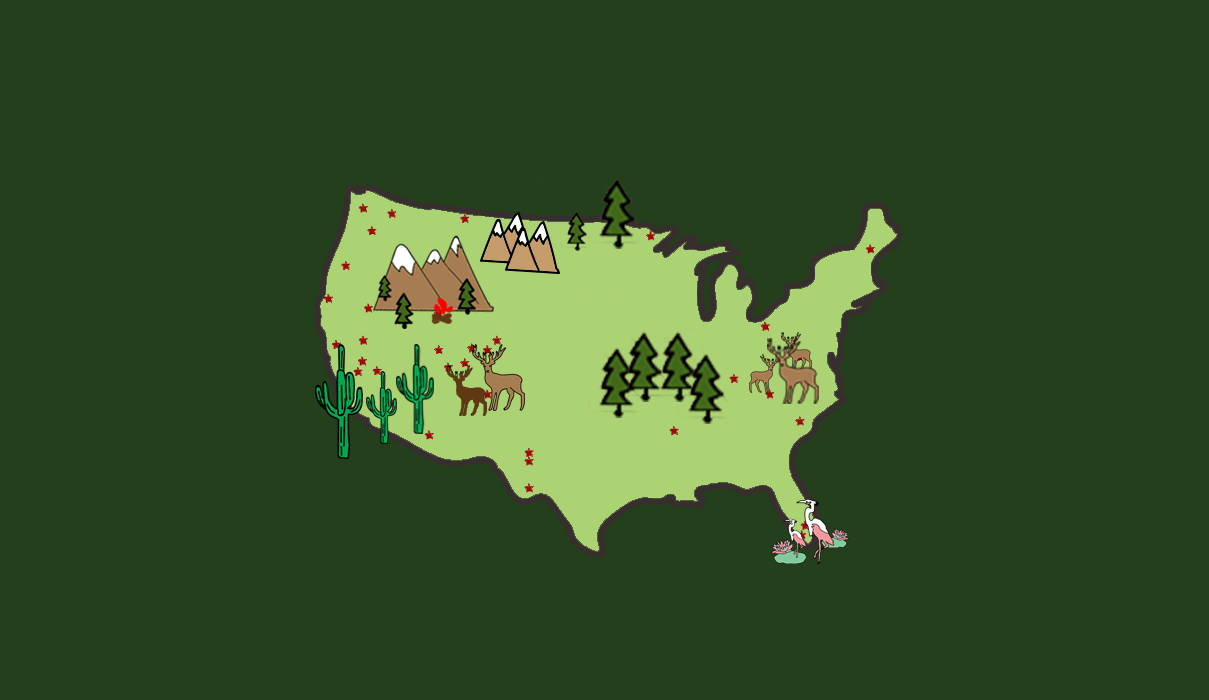 On the largest wall of my dorm room hang three maps of America’s national parks. The National Park Service manages over 400 public lands, historic sites, and protected areas, but only 59 of these—the best and brightest—are referred to as national parks on my maps. All 59, from Shenandoah to Gates of the Arctic, are represented by a dot or a small tree. My maps make me happy. They are proof, if only paper proof, that the protection of natural areas is an essential component of American identity. No matter how far contemporary politics have strayed from the policy of environmental conservation, these wild lands remain, as does an unshakable pride in the beauty of the American wilderness. The maps are a comfort, a reminder of what is and what has been, a grounding measure of the resilience of nature and goodness.

But earlier this year, in a cruel and uncharacteristic act of cooperation between our two ruling parties, my maps were made obsolete. Only in a world as wondrously ironic as our own can President Trump, from whom I expected nothing less than the abolition of the National Park Service, sign into law a bill calling for the creation of America’s 60th national park: Gateway Arch, in St. Louis, Missouri. And only in a world as bitterly ironic as our own can the creation of a new national park make me angry.

My immediate reaction, after weighing the costs of replacing my maps, was incredulity. The St. Louis Arch? I thought. What right does a glorified McDonald’s advertisement have to share the status of the Rocky Mountains and the Grand Canyon? Before the Gateway Arch, only one other national park protected primarily man-made structures: Mesa Verde, which preserves the 1400-year-old cave dwellings of the indigenous Ancestral Pueblo. The Gateway Arch was designed by a Finnish-American in 1947 and completed in 1965. Hardly a comparison.

St. Louis was now a great big invisible stain on my maps. A cartographical travesty. And it stank of pork-barrel, a scheme by some Missouri politician to boost tourism in “the Gateway to the West.”

“Gateway to the West?” Is that still what St. Louis is called? Still how it actively wishes to be known? As the jumping-off point, the diving board, the starting line of the great genocidal rat-race of Manifest Destiny? Prior to its redesignation, the arch was managed under the name Jefferson Expansion National Memorial. Expansion. Sometimes the most innocuous of euphemisms are the most terrifying. And, lest there be any confusion regarding who was being memorialized, let me assure you that it was not the Native Americans who were killed, tortured, raped, starved, and imprisoned during the Great Migration Westward. According to the National Park Service website, the park is a “memorial to Thomas Jefferson’s role in opening the West” and “to the pioneers who helped shape its history.” Gateway to the West, indeed.

And yet, for all my self-righteousness, it is only now that I realize the terribly obvious. None of America’s national parks rightfully belong to the United States government or its citizens. These lands, which we mythologize as having been “discovered” in pristine condition and “gifted” to the public by the government, were populated and widely used long before Lewis and Clark set out from dear old St. Louis. The displacement of the Ahwahneechee from the land later to become Yosemite, the removal of more than 20 tribes from Yellowstone, and the expulsion of the Blackfeet people at Glacier are only three of countless examples of what was commonplace in establishing the National Park System. Only through coercion, deception, dishonesty, and outright violence did the United States government evict Native Americans from lands they had lived on for hundreds of years, and only through decades of revisionism has it scrubbed from our historical and ecological memories any trace of the national parks’ indigenous heritage.

The myth of the “pristine American wilderness” is as ridiculous as the assertion that Columbus discovered America; indigenous groups have been inextricably tied to the ecology of the areas now “protected” by the government for 15,000 years. But those in power, including famous figures such as John Muir and Theodore Roosevelt, believed that the indigenous peoples had no place in the lands they had hunted, worshipped, and lived on for centuries. And so, as America’s most significant landscapes were cordoned off “for the enjoyment of future generations,” the indigenous people who had lived on that land were cordoned off into a different sort of “protected” area. We all know the story, and yet how easily it is forgotten!

With this history in mind, the tone-deafness of Gateway’s creation is staggering. But tone-deafness can be useful. It awakens us from the cognitive dissonance with which we usually treat topics we find uncomfortable. A national park that memorializes westward expansion without acknowledging its genocidal history should anger us. But with the anger must come a sense of guilt over our own tendency to mythologize “America’s Best Idea.”

It comes down to the responsibility to take a critical look at our history, our government, and the narratives we perpetuate. The word of the day is skepticism, of the healthy variety. Just as sinister as an injustice from which we avert our eyes is an injustice at which our eyes glaze over, obliquely conscious of reality but protecting ourselves from engaging with it. Oppression of indigenous peoples did not end when the West was won. It continues, in the Dakotas, Utah, everywhere. I knew that, and yet for many years I saw no hypocrisy in the unqualified pride I felt looking at my maps. Now the gaping St. Louis-sized hole in eastern Missouri is the first thing I notice, leaning hungrily westward, denying malintent, oozing hypocrisy. A reminder of our country’s capacity for subtle and banal injustice, and of my responsibility for subtle and banal resistance.

Renny Simone is a sophomore in the School of Foreign Service. He digs books, jazz, and social justice. 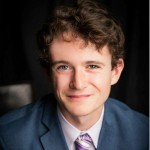