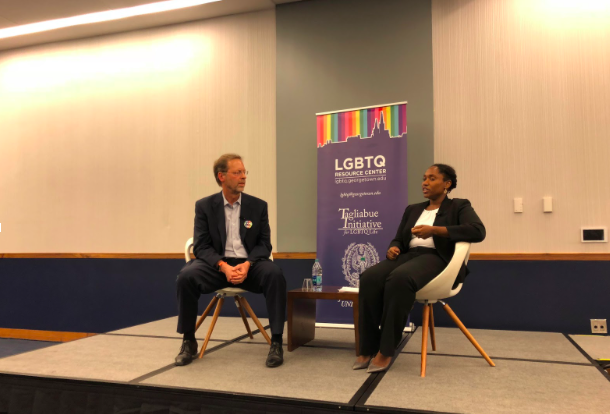 Commemorating the tenth anniversary of Georgetown’s LGBTQ Resource Center, a group of about 150 students, faculty, alumni, and other supporters gathered for a conversation with Daniel Porterfield (COL ’83) and Marcia Chatelain to discuss the relationship between student activism and institutions of higher education.

The event, hosted by the Tagliabue Initiative for LGBTQ Life and the LGBTQ Resource Center, began with remarks from University President John DeGioia and Shiva Subbaraman, who has directed the center since its formation in 2008.

DeGioia spoke on the importance of appreciating tradition while encouraging each individual to play their part. “Our conversation today with two leaders in higher education is a reflection on change, how universities have become the places they are today, and how we can continue to respond to the demands of our time,” he said.

Subbaraman explained the meaning behind the event’s title, “Edges that Blur,” as a phrase she selected from a piece by feminist queer poet Adrienne Rich.

The stanza taken from Contradictions: Tracking Poems #29 reads, “The body’s pain and the pain on the streets / are not the same but you can learn / from the edges that blur / O you who love clear edges / more than anything watch the edges that blur.”

These words stuck with Subbaraman over the years, reminding her of the connections between the personal and the political, and between activism and response.

The dialogue opened with Porterfield describing the Fall 2007 hate crime that sparked a student-led movement demanding Georgetown do more for its LGBTQ community. No one was convicted in the D.C. Superior Court case following the event, however the effects catalyzed the proposal of the first LGBTQ center at a Catholic university in the United States. Porterfield was instrumental in founding the center in 2008 while serving as Senior Vice President for Strategic Development.

“Student voices were critical in raising the institution’s radar,” Porterfield said. “If they didn’t want to get a Center, if they just wanted to have protest after protest after protest, they could’ve done that. But they wanted the Center. They wanted to be part of the process that would necessarily use the full resources of the institution, including several Jesuit priests, several faculty, several colleagues.”

Porterfield, who is the current President and CEO of the Aspen Institute, a D.C. based think tank focused on education, admitted that the work is unfinished, even after the large strides made following the center’s birth. He remains hopeful that other Jesuit universities in the United States will follow suit.

Chatelain, a Provost’s Distinguished Associate Professor of History and African American Studies, highlighted the potential for a lack of institutional support and resources to exhaust students. “I think what you also see for these student-driven moments is that students become unpaid consultants for the institution,” she said, which was met with a chorus of snapping from the audience.

A closing reflection was provided by Angela Maske (NHS ’19), student activist and president of H*yas for Choice. Maske cited her freshman year experience with First Year Orientation to Community Involvement, the pre-orientation program held by the Center for Social Justice, as an inspiration for her work to date.

She went on to describe the more difficult reality of activism behind the scenes, turning the focus toward Georgetown’s part in making progress.

“Positive change requires institutional accountability and transparency,” she said. “It requires the acknowledgement that students know what we need and what needs to be changed. Students must be trusted and genuinely listened to.”

In an email to the Voice discussing her intentions for the event, Subbaraman said, “I wanted to explore what it means for institutions —especially higher education institutions —to respond to, to grapple with social, political cultural realities especially in the context of student activism.”

A complete list of the Center’s upcoming “OUTober” events can be found here. 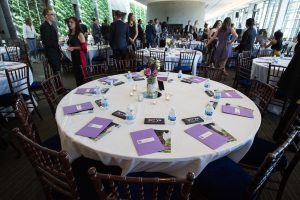 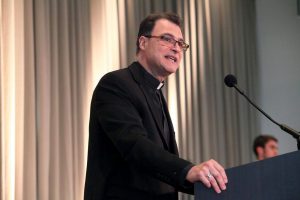