On the Edge of Desolation, Wildlife’s Characters Ache to Flee 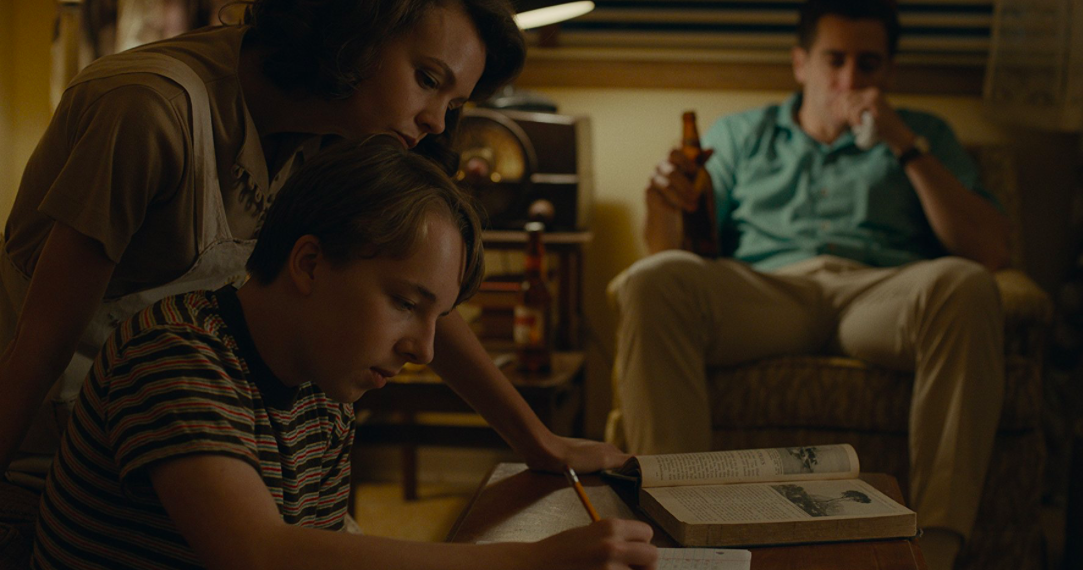 Paul Dano’s directorial debut, Wildlife, takes place in small- town Montana, where forest fires rage in the mountains to the north. The inferno’s smoke appears almost painterly against the blue of the sky—its terror diminished by the more palpable unraveling of the Brinson family, which comes on slowly and then all at once. We’ve seen the decay of the American Dream before, but Dano focuses less on the theme and more on the characters themselves, dipping into each of their psyches and imbuing Wildlife with the same sense of quiet unease that he brings to his own performances.

Dano and Zoe Kazan adapted the script for Wildlife from Richard Ford’s 1990 novel of the same name. Set in the 1960s, the film follows the Brinson family, made up of parents Jeanne (Carey Mulligan) and Jerry (Jake Gyllenhaal) and their teenage son Joe (Ed Oxenbould). One can sense the tension between Jeanne and Jerry immediately; they bicker over whether Joe should play football and which math class he should be in. Then, within the first few scenes, Jerry loses his job as a golf pro at a country club. In an obvious attempt to force patience, Jeanne smiles and plays the part of the coiffed housewife, both offering solutions and soothing Jerry’s ego. But the family has been uprooted before as a result of Jerry’s inability to keep a job. Young Joe’s stress is particularly evident, nervously asking his mother if they’ll have to relocate yet again.

The fragile balance of the family shatters when Jerry abruptly joins the low-paying firefighting group working in the mountains, essentially abandoning his wife and son. Jeanne’s carefully constructed placidity explodes into rage with Jerry’s announcement—for her, more than Jerry’s job hinges on his decision to leave. Dano creates spare compositions that possess a stark beauty without any showiness. Particularly striking is the series of shots when Jeanne asks Joe if he wants to skip school, and she drives him to where the fire is burning. Both of them look on, half in awe and half stricken. It’s unclear if their glassy eyes are due to emotion or the wafts of smoke. “You have to see what he [Jerry] finds so important. Sad we both can’t sympathize with him,” Jeanne says to Joe, face hardening as she gets back into the car. The car winds along empty, long roads, the winter sunlight glinting dully off of it. Jerry has abandoned Jeanne and Joe in a place on the edge of desolation.

Wildlife draws its name from the wild animals fleeing the flames. Like them, the members of the Brinson family long to cut loose and run. Retreating from the disappointed gaze of his family and his repeated failures to restart, Jerry runs toward the fire instead of away. Jeanne itches to escape the realm of domesticity and the only momentary love of her husband. Caught in the fallout, Joe struggles and fails to rehabilitate their fractured love. The film is not driven by dialogue but by the silences between. Dano is unafraid to linger there, often using close-ups of Jeanne, Joe, and Jerry to convey their emotions rather than words.

Gyllenhaal plays Jerry with restlessness. This is a man floundering for some sense of himself, desperate to maintain his ego. However, it is Mulligan who transfixes us—fluctuating between sexy charm and a barely contained, amorphous fury that seeps through the cracks of her polished facade. She is difficult to empathize with but harder still to condemn. In the film’s central episode, Jeanne takes Joe to the house of the wealthy, older divorcee, Mr. Miller (Bill Camp), whom she’s set her sights on. Drunkenly cha-cha-ing around the dining table in her green “desperation” dress (as she tells Joe earlier in the night), she openly flirts with Miller in front of her quietly seething son. She completely forgets about him, even though he’s right there.

Though we’re captivated by Mulligan, we experience Wildlife through Joe’s eyes. Oxenbould plays Joe hushed and wary, his 14-year-old face already mature. It is more difficult to access his emotions than those of Jeanne and Jerry. Always the observer, Joe slips into being the voyeur: He lovingly watches his parents banter through the crack in his bedroom door and later can only stare in quiet horror as Miller walks naked from the bathroom back into his mother’s room. Thus, Joe’s part-time job at a portraiture studio is fitting. His boss tells him that people come to the studio so that they can “remember something good that’s happening in their lives. They want to make that moment permanent.” Joe watches on as people capture their happy moments—and his own disintegrate.

Fourteen is an age when you are old enough to realize that your parents can be selfish. Jeanne and Jerry drag Joe into the middle of their confrontations but lose sight of his own anguish. The soft sunlight flickering through the trees as Jerry and Joe play catch at the beginning of Wildlife does not align with the tone of the film’s bittersweet end. Perhaps the ephemerality of moments like that are best explained by Joe’s last portrait—capturing a shared look between Jeanne and Jerry, full of longing and full of pain, lasting only seconds. 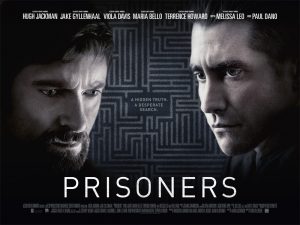 By Danielle Hewitt and Kayla Hewitt