The Initiative on Catholic Social Thought and Public Life and the Office of Mission and Ministry co-hosted a discussion in Dahlgren Chapel on Oct. 24 on how the Catholic Church can reform its power structures and hold abusers and leaders who turned a blind eye accountable in light of new revelations of clerical sex abuse.

The four-person panel, moderated by John Carr, director of the institute, was comprised of an Illinois Supreme Court Justice, a priest who advocates for the protection of minors, a student, and a lay leader in the Church who advocates for greater accountability throughout the hierarchy. The panel discussed the necessity of swift, fundamental changes in the composition of the Church’s power structure, including placing laypeople and women in positions of authority currently held by clergy.

Fr. Jerry McGlone, associate director for the Protection of Minors for the Conference of Major Superiors of Men, who was a survivor of sexual abuse by a priest, began the talk by discussing the importance of placing survivor’s stories at the center of the broader dialogue on abuse, highlighting the invisibility many survivors feel.

“Our faces and our bodies are just like yours,” he said. “What we have never gotten right is to have a survivor’s perspective.”

Anne Burke, Illinois Supreme Court justice and former interim chair of the National Review Board for the Protection of Children and Young People of the U.S. Conference of Catholic Bishops, spoke on her frustrations with attempting to bring accountability to the Church, expressing skepticism that the Church hierarchy will be willing to relinquish any power or discipline abusers and enablers.

“There is no accountability. There is no one in charge,” Burke said. Instead, she pointed to ongoing civil investigations, such as the D.C. attorney general’s investigation of sex abuse in the Archdiocese of Washington. “Civil authorities are only ones who can make bishops come clean,” she added.

As long as clergy dominate the hierarchy of the church, she said, reform efforts will be frustrated. Rather, Burke asserted, the Church must elevate laypeople to greater positions of authority.

Erica Lizza (SFS ’19), president of Catholic Women at Georgetown, said young Catholics are less willing to accept what they see as bureaucratic foot-dragging that has characterized the church’s previous responses to scandal.

“We want change, and we want it now,” she said.

She pointed to student efforts to effect change, such as the September petition calling for the university to revoke the honorary degrees of Cardinals Donald Wuerl and Theodore McCarrick, who are both implicated in the sex abuse scandal.

Many Catholics see the current dialogue on the Church hierarchy as an opportunity to include more diverse voices, such as those in the LGBTQ community.

Forrest Gertin (SFS ’20), who attended the discussion, said he wants to ensure Catholics of the LGBTQ community are included in reforming the church. “I’ve also felt particularly isolated as a member of the queer community,” he said. “Part of the reason why I came is just to make sure there is space for out gay Catholics at Georgetown in these conversations too.” 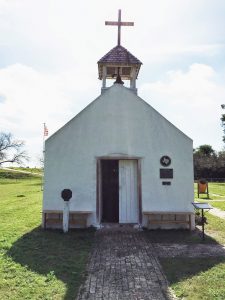 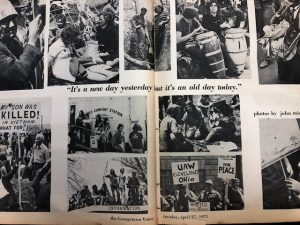