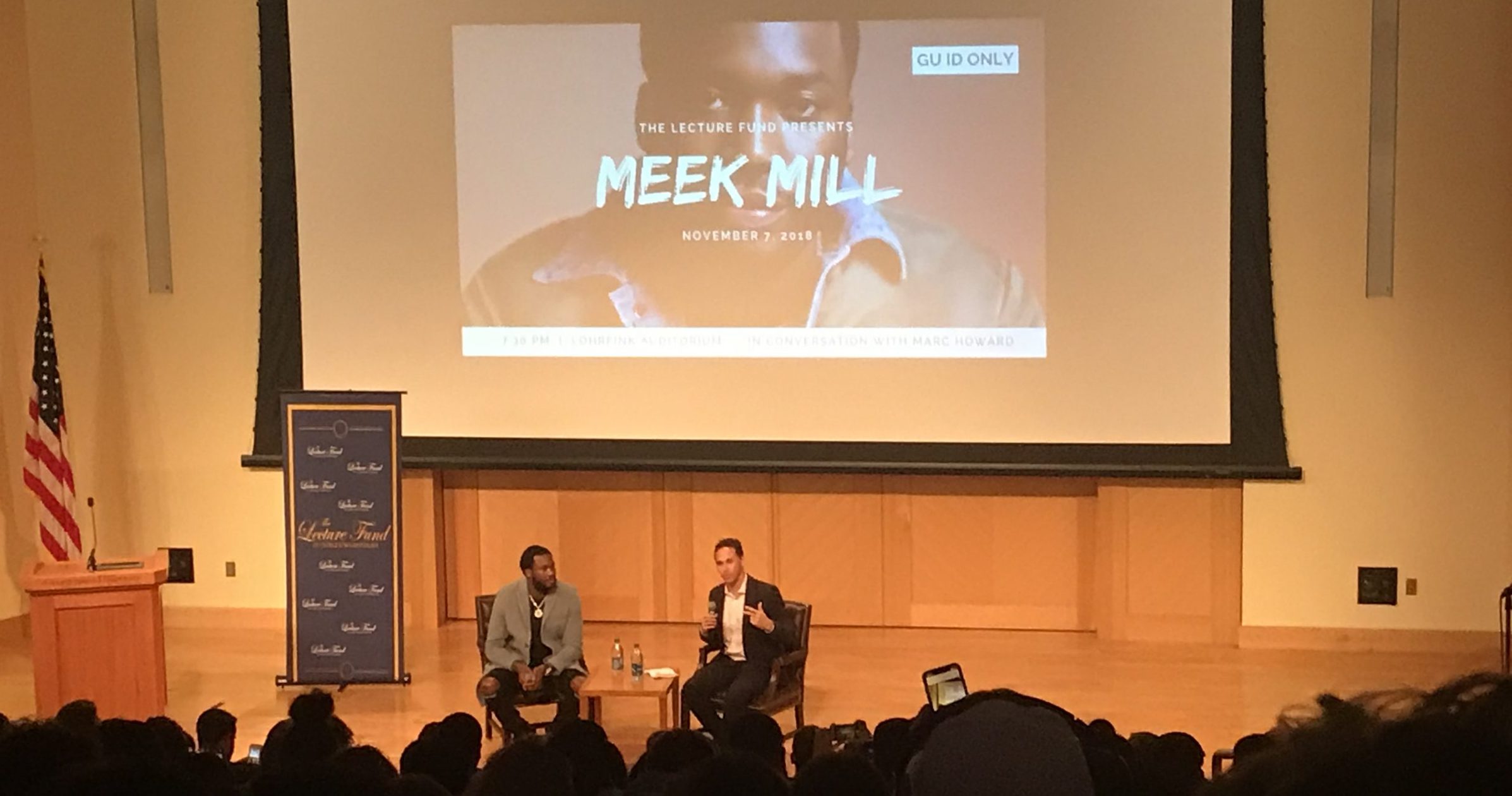 Rapper Meek Mill joined Marc Howard, director of the Georgetown Prison Justice Initiative, in the Lohrfink Auditorium for a conversation on criminal justice reform on Nov. 7. In an event hosted by the Lecture Fund, Mill reflected on his personal experiences in the criminal justice system and how he hopes to use his platform as a celebrity to speak for others wronged by the system.

“I grew up in an environment where, you know, a lot of bad things happen. People lose their lives on a daily basis, people go to jail on a daily basis, but most important, we see violence from babies coming up,” Mill said.

His upbringing in South Philadelphia had a profound effect on his life. “It’s like I’m on a hundred miles an hour race to meet the penitentiary from the start,” he said.

In 2007, at 19 years old, he was arrested for illegal possession of a firearm. “I wasn’t old enough to get my firearm license and people was just dying in my neighborhood on a daily basis, that’s just what it was. I made the decision that I was gonna try to protect myself,” Mill said.

After his arrest, Mill spent six months in prison because he could not afford bail. His bail was eventually reduced and when he got out he began selling marijuana to pay for a lawyer. Mill was later sentenced to two years in prison and eight years of probation for the gun charge.

Mill was also arrested twice in 2017, once for a misdemeanor assault at a St. Louis airport and then for reckless driving when he popped wheelies on his motorcycle. Because Mill was still on probation from his 2007 gun charge, he went back to jail for almost five months, even though both charges were later dropped. The severity of the punishment sparked outrage, leading to the Twitter hashtag #Justice4Meek and a Change.org petition that received over 400,000 signatures.

“This petition is designed to show the amount of people who believe that Meek’s punishment was harsh and unjust. It is a waste of not only taxpayer resources to incarcerate Meek for 2-4 years but it is also a disservice to the youth and community at large,” the petition reads. Mill is currently out on bail for his 2017 probation violation.

“A lot of people think probation means you’re safe, you’re home, you’re out of jail,” Howard said.  “Anyone would take that deal, take probation no matter how many years they’re offered, just to get out of jail. But the problem is, it’s a trap.”

“I did everything possibly you could do to be a citizen and one mistake on probation could put you back in prison. When I say mistake it’s the difference between committing a crime and making a mistake,” Mill said. “Me, I could’ve just come here without notifying my probation officer and I would’ve been in violation and could’ve gone to jail for a matter of years.”

Howard said that many people misunderstand a parole violation as a new crime. “A violation is missing an appointment with your parole officer, somehow marijuana testing even if it’s legal, or craziest of all, popping a wheelie on a motorcycle,” Howard said.

According to Mill, his celebrity status has had both advantages and disadvantages in his case.”I almost felt offended that I had to be famous for people to notice that this was a wrong,” Mill said.

On the other hand, Mill has felt that his status as a celebrity has made him a target for jealousy in the courtroom. Because of this, Mill said that judges and police officers should be evaluated on a regular basis.

In light of these experiences with elected officials in the criminal justice system, Mill said that he felt voting is a particularly important issue and encouraged his young followers on Instagram to vote.

Mill hopes to use his platform and influence to help others be heard. He is currently working on a documentary with Amazon, produced by Jay-Z, that follows him throughout his experiences in criminal justice system, which is set to premiere in 2019.

“I just want to do incredible things and help make change,” Mill said. “I want this to be a part of my legacy, because God has put this in front of me.” 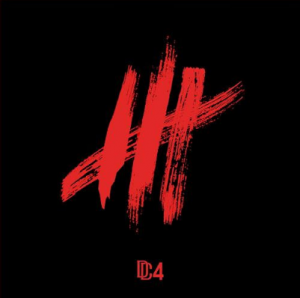