Widows is much more than a heist film 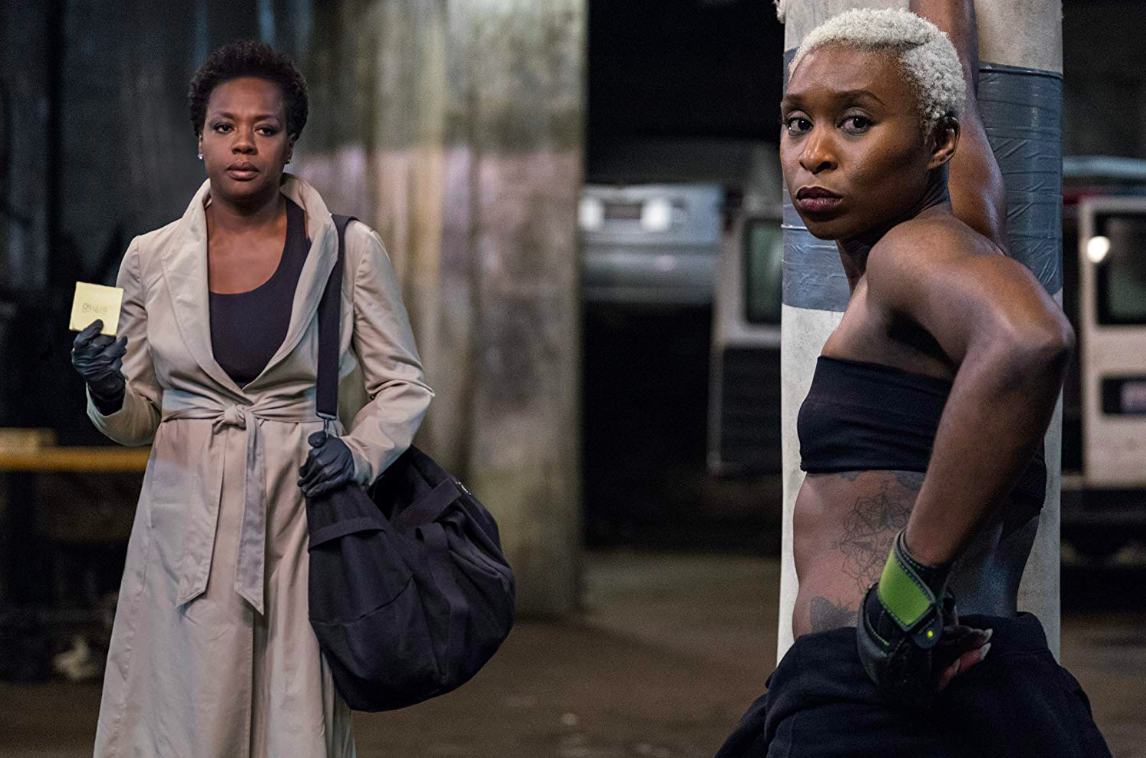 Viewers should not go into Widows expecting to leave with the same goofy smile that this summer’s Ocean’s 8 inspired. Instead, they should probably start stretching their jaws now to prepare for the permanent “o” their mouths will be stuck in for the two hour run-time of director Steve McQueen’s latest film. It follows a group of Chicago women who have to cope with the deaths of their criminal husbands after a robbery attempt gone horribly wrong.

Widows is through and through a heist film. This crime subgenre is massively popular for a reason. A team assembles and lays out an elaborate plan, and the audience members sit on the edges of their seats to see if the characters can pull it off. It’s pure escapism, a perfect formula for a satisfying payoff that usually treats viewers to clever bits of fun along the way.

Those familiar with McQueen’s filmography were probably surprised to hear he had taken on a crime caper like Widows. His first three films, Hunger, Shame, and the Oscar-winning 12 Years a Slave, deal with a prison hunger strike, sex addiction, and slavery, respectively. They’re slow, deeply serious, and soul-crushingly sad (understandably, not the best sales pitch for three fantastic films). This new pairing of filmmaker and subject material seems strange at first, but McQueen’s art-house touch, coupled with a star-studded cast and the sharp script he penned with Gone Girl writer Gillian Flynn, turns what could have been a familiar thriller into an incredibly unique, complex, and wholly feminist piece of storytelling.

Widows is subversive from its very first scene. The film opens with Veronica Rawlins (Viola Davis) in bed with her husband, Harry (Liam Neeson). Their strikingly lustful kisses tell the audience in a matter of seconds that these two people are deeply in love. This scene is the first indication of McQueen’s desire to push the envelope on screen. Not only is it rare to see a passionate relationship between a white man and a woman of color, but it is also uncommon to see people over forty having sex. McQueen doesn’t let up on his intent to test boundaries for the rest of the film.

The initial scene of domestic bliss quickly cuts to the present, as Harry and his crew try to escape police. This back and forth continues, creating a tension between getting lost in Veronica and Harry’s loving interactions and warily awaiting the next cut to the violent getaway. Finally, the police corner their van and fire away until it explodes, with the criminals and their stolen money inside. The camera cuts to Veronica in that same bed, this time alone. With just one look, Davis tells us all we need to know about the severity of her character’s loss. The unannounced flashbacks to life before Harry’s death continue and position the viewer inside Veronica’s head, without knowing what is real and what is a painful memory.

Veronica discovers that the lost money was stolen from Jamal Manning (Brian Tyree Henry), a crime boss who turns to politics to gain more legitimate power. He’s running against the sleazy Jack Mulligan (Colin Farrell), who is falling behind in the polls after the lines of his ward are redrawn to include low income Chicago neighborhoods.

The husbands collectively lost the two million dollars that Jamal needed for his campaign, and he gives Veronica a month to repay him. Grief-stricken, desperate, and completely alone, Veronica seeks out two other widows, Linda (Michelle Rodriguez) and Alice (Elizabeth Debicki), to help settle their husbands’ debt before Jamal sends his brother and right-hand man, Jetemme (Daniel Kaluuya) to kill them.

It’s a simple plot, a story we’ve seen versions of before. Yet it only works if it has characters that compel the audience to root for them. Thankfully, Flynn specializes in scripting women who are anything but one-dimensional. Veronica emerges as a formidable leader when given no other choice but to fight for her life. Linda has two children to think of after learning her late husband gambled away all their money. Alice needs to find her own way in life, never having lived without her abusive husband and mother. The women find the plans to their husbands’ next job for five million dollars, enough to pay back Jamal and split the difference among them to start new lives. They become a team of four after involving Belle (Cynthia Erivo, a standout from last month’s Bad Times at the El Royale), another single mother working paycheck to paycheck, as their driver.

Davis’s performance holds the whole film together, and should undoubtedly be put in the conversation for the Oscars’ Best Actress nomination. Her character is not defined by grief—although I’d be remiss if I didn’t commend Davis’s unparalleled onscreen crying skills—and her determination to survive never softens. It’s a role we usually see white men play, and the results pushing against that are electrifying.

It’s a testament to the ensemble cast that they manage to keep up with Davis. Kaluuya, who adds yet another home run to his repertoire that already includes Get Out and Black Panther, is absolutely chilling, playing the psychopathic henchman disturbingly well. However, the true standout is Debicki, who capitalizes on her limited screen time to give Alice a fully realized arc. We see her gradually transform from a vulnerable abuse victim who feels no sense of self-worth into an independent, unbending woman. Some of the film’s most satisfying moments come when Alice finally stands up for herself after being beaten down for so long.

Widows is not a loud, flashy, girl power film. It’s quiet and slow, and its feminism comes from deep within the narrative. The women, from the hero of Veronica to the small part of Belle, are not the lazily-written tropes we’ve become accustomed to in this genre. The husbands, not the wives, are the afterthought this time around. You’d be hard pressed to find another gritty, raw film like this with women—let alone women of color—at the center of the action.

Just as Viola Davis can act the hell out of a scene, McQueen can shoot the hell out of one with his genius camera placement. There’s one long take in which Jack Mulligan leaves a campaign event in an impoverished, predominantly African American area just added to his ward. The camera follows Jack as he gets in his car but remains placed on the vehicle’s hood. We hear his voice as he complains, with notably racist undertones, about the ward’s new lines. Yet, we only get an external view of the shiny black car that, over the course of just a few blocks, travels to his gorgeous, newly renovated house in that same district. It’s a scene that future film majors will surely study for years.

The film mostly avoids lengthy set pieces, and scenes are filled primarily with dialogue. It’s a smart choice; McQueen excels when he’s not doing the genre material. Much like the stylish thrillers of Michael Mann, Widows cares as much about the drama between its characters as it does the action and well-orchestrated violence. It’s slow paced, but the confident editing ensures that there is not one boring minute. The scenes flow and create a tension-filled pressure cooker that builds to the final heist, which is competently made but not nearly as smart as the rest of the film leading up to it.

The film’s high quality ironically sets the bar a bit too high for its finale. The heist itself is a little lackluster and not as intricate as the rich character building that precedes it. Widows mostly avoids crime movie cliches until its final act, which features some “twists” that are generic, but entertaining nonetheless. As the story concludes, it becomes clear that the heist’s ingenuity (or lack thereof) is insignificant. The satisfaction in watching Widows stems from the exhilaration that comes with rooting for four women so intently in everything they do, before and after the job. The plot is about the heist, but Widows is not.

It is essential that moviegoers see this film to show studios that audiences want more of this material. More intelligent crime dramas that celebrate women. More heist films that entertain, but also have something to say about race, gender, and corrupt politics. The formulaic core of Widows doesn’t matter. Any flaws it has are easily forgiven because of how confidently and carefully this story is told. Does McQueen do anything absolutely groundbreaking? No. Does he do something exciting? Yes. He transcends genre and creates an improbable hybrid of a prestige film and an empowering blockbuster that the world is lucky to have, especially now.