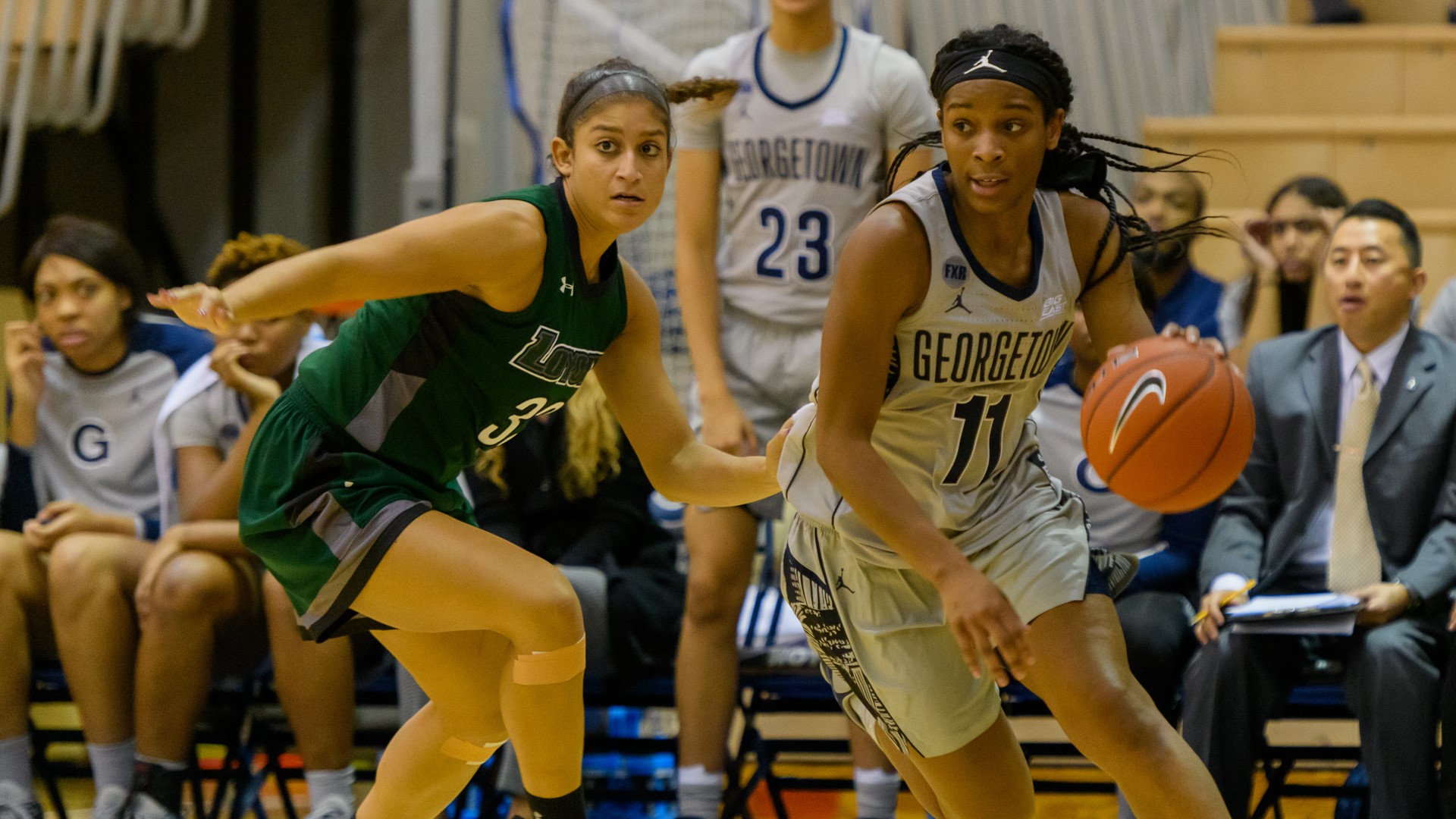 The Georgetown women’s basketball team (4-1, Big East) will square off with Buffalo (2-1, MAC) and No. 4 Baylor (4-0, Big 12) at the South Point Shootout tournament in Las Vegas, Nevada this weekend. After the Hoyas’ resounding home win over Pitt (2-3, ACC) on Monday, they return to action Friday night against the Bulls before squaring off against the Lady Bears late Saturday as part of their tough non-conference slate.

The Hoyas will look to build on Monday’s impressive victory over a Power Five opponent in Pitt. Outrebounding the Panthers 52-37 and forcing 18 turnovers, the Hoyas never won any quarter by less than five points. Do-everything senior guard Dionna White led the Hoyas with 15 points and 12 rebounds, including four on the offensive glass, while graduate student guard Dorothy Adomako also contributed 15 points and nine boards. After suffering their first loss the previous Friday on the road against James Madison (3-1, CAA) in a game in which White and graduate student guard Mikayla Venson took 60 percent of the team’s attempts from the field, the Hoyas had a much more balanced scoring attack against the Panthers, with senior guard Brianna Jones chipping in 10 points after scoring only two against the Dukes.

Looking ahead to the weekend, White said: “[They’re] going to be tough games, both games, and they’re going to be physical. We just have to be ready to play our game.”

Neither matchup will be easy for the Hoyas. For reference, Buffalo beat Maryland Eastern Shore (2-4, MEAC) by just six points, 69-63 (the Hoyas beat UMES by 19 at home), but have come on recently, beating crosstown rival Niagara by 27. In a true road game last Sunday against No. 3 Oregon, the Bulls hung tough throughout, eventually falling 102-82 after being down 10 at halftime. Going toe-to-toe with the Ducks’ preseason All-American freshman guard Sabrina Ionescu, Buffalo senior guard Cierra Dillard dropped 32 points, eclipsing 20 for the seventh straight game dating back to 2017-18. Dillard is averaging 26.7 points on the season, while the only other player averaging double figures for the Bulls is senior forward Courtney Wilkins, who is shooting 45.5 percent from three this season and drilled five triples against Oregon.

Georgetown head coach James Howard said of the Bulls: “Buffalo is a very well coached team, and I’ve known [head coach Felisha Leggett-Jack] a very long time, and she’s very thorough… I expect them to come out ready to go.”

Meanwhile, Baylor won’t surprise anyone given their perennial success under head coach Kim Mulkey and No. 4 preseason national ranking. The Lady Bears have won three games against low-major opponents by forty-plus points to date, with their only real test coming against No. 23 Arizona State, who will also be in Las Vegas this weekend. Losing by as many as fourteen in the first half, Baylor battled back by playing through their bigs, including freshman forward NaLyssa Smith, who scored 16. Senior center Kalani Brown and junior forward Lauren Cox each added fourteen, while the trio of Smith, Brown, and Cox, who stand 6-foot-2, 6-foot-7, and 6-foot-4, respectively, pulled down 27 rebounds in the eventual 65-59 victory. On Saturday night, the smaller Hoyas will have their work cut out for them in the paint.

Tip-off is set for 8:00 p.m. ET on Friday, and then 10:30 p.m. ET on Saturday. Follow @GUVoiceSports on Twitter for more updates and coverage of all winter sports at Georgetown. 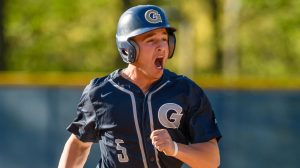