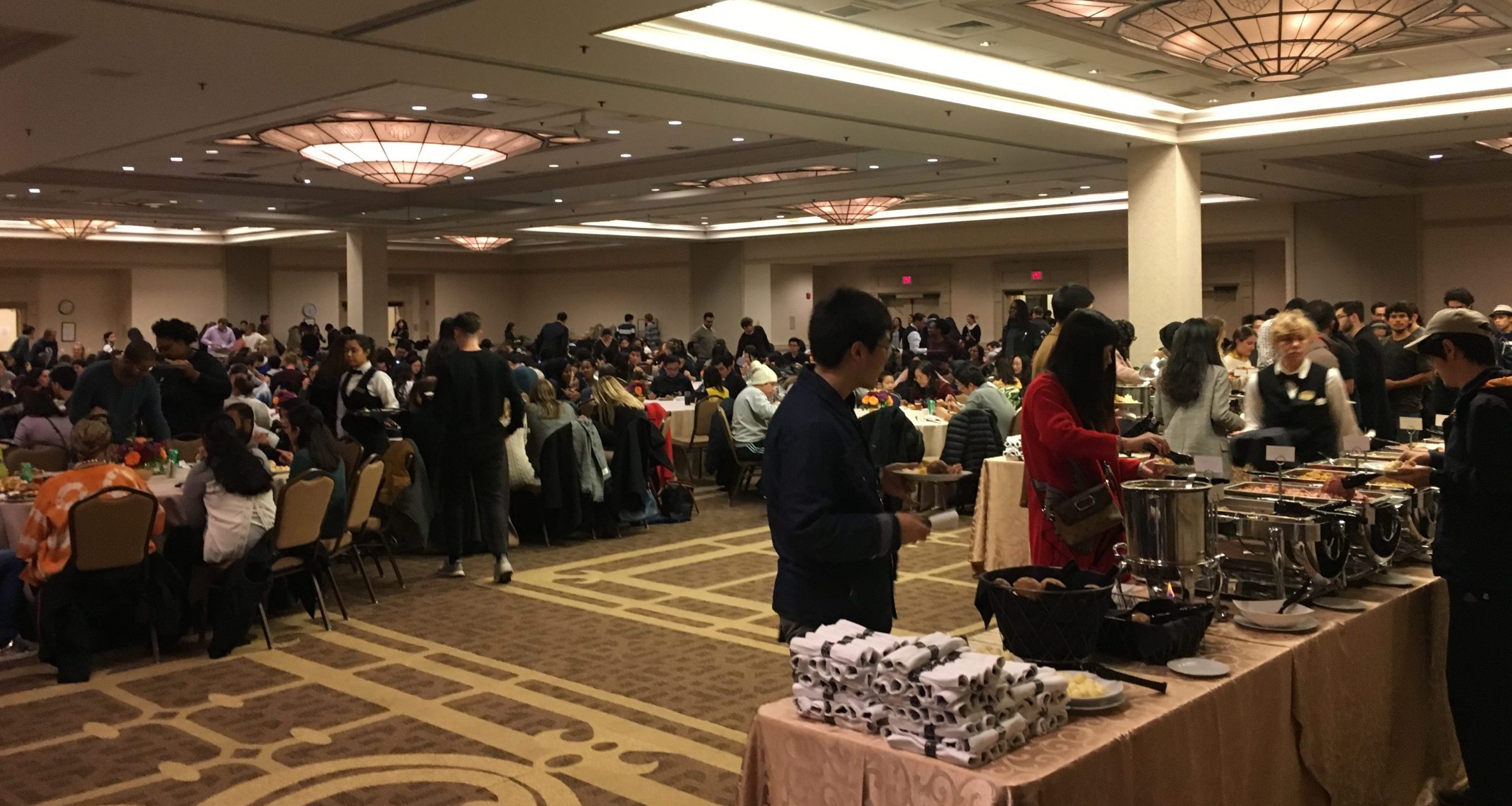 University President John DeGioia hosted his annual Thanksgiving Dinner on Nov. 21. First held 18 years ago, the event invites undergraduate and graduate students to join the DeGioia family for a free meal featuring all of the traditional Thanksgiving dishes.

This year, students were hosted in the Georgetown University Hotel and Conference Center from 4:30 to 7:30 pm. Round tables for about a dozen people filled the rooms with extra tables spilling into the hallways. There was hot apple cider stations, as well as buffet style rows of food and desserts on one end of the room As is his habit, DeGioia greeted everyone as they came in, shaking hands, making small talk, and taking pictures.

This opportunity to interact directly with the president was part of the draw for students who otherwise rarely see or talk to him personally. Graduate student-athlete Matthew Ledder came to the dinner with the soccer team, which stayed over the holiday because they had a tournament game that Sunday.

“It was a great opportunity to see President DeGioia, and get a nice home-cooked Thanksgiving meal,” Ledder said. “It was great, the food was all really good, and good people.”

Other students came to the dinner because it was too expensive to go home for the weekend. Crystal Bush (SFS ’19) was unable to afford a flight home to Mississippi, so she decided to spend Thanksgiving with her friends instead, attending the dinner for her second time. She thought the food could have been tastier, but that the overall experience was good.

Sandy Lee (GSAS ’20) chose to stay over the break to study for her upcoming finals. Despite the pressure to work, she found the time to enjoy the dinner and thought that the meal was a pleasant addition to her weekend in town.

“I’m very impressed with the food selection, and how they have it on both sides of the venue space so people could have more access to the same food,” Lee said. “I know a lot of people staying here for Thanksgiving, so we can also have a ‘friendsgiving.’”

DeGioia credited his wife Theresa (COL ’89) with the idea, saying that when he became president of the university in 2001, she reminded him that she could not go home for the holiday when she was an undergraduate student herself, but that they could host a dinner for those students now.

“We started that tradition 18 years ago, and here we are, and it’s been very well received and much appreciated by lots of our students and so we’ve kept it up all these years,” DeGioia told the Voice. 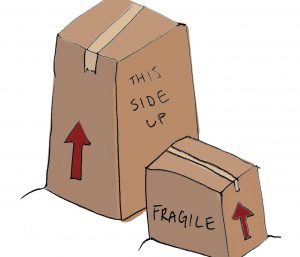