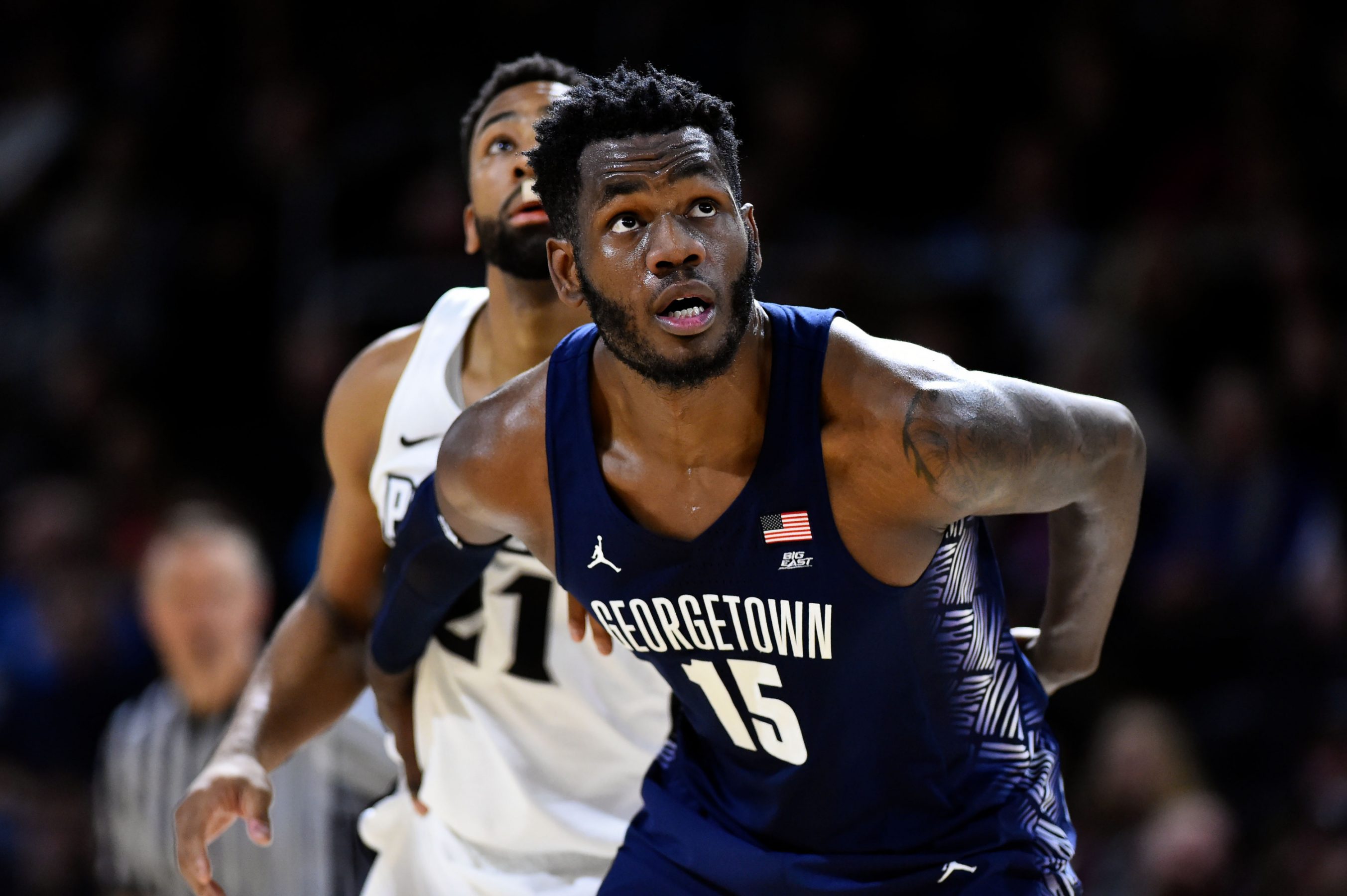 The Georgetown men’s basketball team (12-5, 2-2 Big East) defeated the Providence Friars (10-6, 0-3 Big East) in double overtime on Saturday at Capital One Arena, snapping an eight game losing streak against the Friars and moving to 2-2 in Big East play. The game was a back-and-forth battle, highlighted by freshman guard Mac McClung’s buzzer-beater to send the game to overtime and senior center Jessie Govan’s career-high 33 points.

The Hoyas and Friars traded buckets for the first seven minutes of the game. 3-pointers from McClung and Govan kept the Hoyas close while the Friars’ leading scorer, junior guard Alpha Diallo, got things started for Providence with five early points, and the teams were tied at 13 six minutes into the game.

A 23-12 run by the Friars put them up 11 going into the under-four timeout. The run was sparked by a pair of dunks from sophomore center Nate Watson. The Friars looked to run away with the game, but substitutions, but a three from freshman forward Grayson Carter and a layup from senior guard/forward Kaleb Johnson keyed a 9-0 run to keep Georgetown in the game. The Hoyas went into halftime down only two and head Patrick Ewing praised the effort.

“The second unit that came in in the first half, they did an outstanding job,” he said. “Those guys came in. They scrapped. They clawed.”

Out of the break, sophomore guard/forward Jamarko Pickett slammed home a feed from Govan, posterizing his defender to make it 39-37, Providence. Ewing and Govan both spoke highly of Pickett after the game.

“The rebounds that he got and his defensive effort are one [sic] of the reasons we were able to come away with the victory,” Ewing said.

“I think Jamorko played great as well,” Govan added. “Especially on that leading scorer Alpha [Diallo]. He was aggressive and Jamorko was challenging him at the rim and on his jump shots, getting blocks, getting big offensive rebounds, keeping possessions alive for us when we needed it.”

McClung’s layup with 16:42 remaining tied the game for the first time since early in the first half. However, a pair of jumpers by freshman forward Kris Monroe extended the Friars lead to three. With 13:53 remaining in the half the Hoyas tied the game again with a Govan three, his second of the game.

Georgetown then went on an 8-2 run spurred by another Carter three, but once again, Providence responded, tying the game at 54 on a layup from redshirt senior guard Isaiah Jackson with 7:49 remaining. The teams continued to trade baskets for the rest of the second half until Providence built a late five-point lead with 2:50 remaining.

The Hoyas continued to fight back and Govan’s third three coupled with a pair of Malinowski free throws tied it again 68. A Govan dunk put the Hoyas up two, but a Diallo three gave the lead right back to the Friars with 21 seconds left. A heavily contested three from Akinjo clanked off the side rim, and was rebounded by Isaiah Jackson. Malinowski was then forced to commit his fifth foul, and sit for the rest of the game. Jackson went on to make both free throws making the score 73-70 with three seconds remaining.

Out of the timeout, McClung caught a long pass from junior guard Jagan Mosely and collected the ball near the half court line. After a quick head fake he turned up the court and fired a contested thirty-foot heave. The shot banked off the glass and in to send the Hoyas to overtime.

“We ran that play I think a few times in the past,” Ewing said. “That’s the first time it worked.”

Redshirt junior guard Drew Edwards opened the overtime scoring by connecting on a pair of free throws to put the Friars up, 75-73. Deep jumpers by McClung and freshman guard James Akinjo put the Hoyas back in the lead. An emphatic block from Govan gave Georgetown possession, but the senior missed a three at the other end. Jamarko Pickett skied for the rebound which eventually led to an Akinjo free throw that put the Hoyas up three. However, Providence would not be denied. Triples from Isaiah Jackson and Alpha Diallo put the Friars back ahead by four.

The game seemed out of reach for the Hoyas who faced a two-possession deficit with only 28 seconds remaining. A huge offensive rebound from freshman forward Josh LeBlanc off a missed Govan three gave the Hoyas a second chance. Akinjo was fouled on a 3-pointer and converted all three from the stripe to draw the Hoyas within one with 15 seconds left. After a quick foul and two Diallo free throws the Hoyas had one chance to tie. Akinjo found space off a pair of screens and launched a deep three from the top of the key knocking it down and sending the game to a second overtime.

Providence again got out to an early lead in the second overtime, but an Akinjo jumper and two Govan free throws put the Hoyas ahead for good. Poor free throw shooting doomed the Friars in the second overtime and Diallo’s three-point attempt to tie the game with nineteen seconds left was no good. Govan then iced the game at the line, adding to his new career-high in points.

For Providence it was another heartbreaking loss. The Friars fell to 0-3 in conference play and now look ahead to a game against Seton Hall (12-5, 3-2 Big East) next week.

“Our guys need a hug right now. Our guys need to be told they’re good players,” head coach Ed Cooley said. “Now’s not the time to have the iron fist. Right now our organization needs a little bit of love from me and that’s exactly what they’re going to get.”

The Hoyas will look to take this momentum into a huge Big East matchup at home against No. 21 Marquette (14-3, 3-1 Big East) on Tuesday at 8:30 p.m. ET. The game will be broadcast on Fox Sports 1 with live stats available at guhoyas.com. Follow @GUVoiceSports on Twitter for more updates and coverage of all sports at Georgetown. 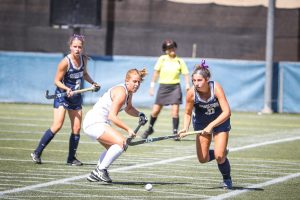 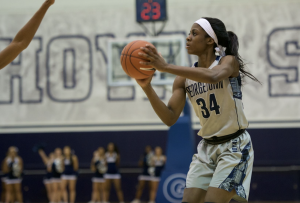 Great win Hoyas! James Akinjo is on pace to be Big East Freshman of the Year…