Jorge: Firstly, it’s worth noting that this movie comes out after Avengers: Endgame (2019). This brings up the more pressing questions of, “When does this actually happen in Marvel’s timeline?” (my guess is after; I feel like everyone loves Tom Holland’s Spider-man too much for him not to show up in Endgame) and “How are they still alive?” . All of these questions will be answered in late April (when Endgame is released) with plenty of time before Spider-Man’s July release. As far as this trailer is concerned, it looks like a typical Marvel movie with cool fight scenes for everyone to enjoy, so inevitably, everyone (myself included) will go to see it because it’s Marvel.

Zain: I’ve been waiting for this trailer for a long time. And I have to say I’m kind of disappointed. Don’t get me wrong, I thoroughly enjoyed Spider-man: Homecoming (2017). hile Tom Holland sports a very Parker-esque aesthetic, nothing for me compares to the allure of the original Sam Raimi films and the dorky charm of Tobey Maguire. My opinion is validated to a certain degree with this trailer, as there are an awful lot of shots of suited-up Spidey standing around at press conferences and in boats, but very few of him majestically swinging through his environment like Tobey’s iteration did. Granted, Europe may not have as many tall buildings as America, but still, Homecoming failed to showcase the wall-crawler’s swinging abilities the last time around as well. That being said, while I don’t believe this trailer truly captures how exciting Spider-man as a character is, there’s definitely still much to be admired. First of all, I would have never expected to see Mysterio in a Spider-man film in a million years, yet he’s here, looking great in all of his fish-bowl headed glory. Plus, the adaptation of the original Spider-man theme for the score here is awesome. Overall, I miss Tobey Maguire (if you couldn’t already tell), but I’ll definitely be in theaters come July to see this latest Spider-man installment.

Juliana: I find it kind of funny how most of the things that got me really excited about this trailer weren’t actually shown or explained. I mean, yes, I’m definitely excited to see Tom Holland back in the spidey-suit and Jake Gyllenhaal killing it as Mysterio, but I have questions! Why are there no years on Peter’s new passport? Why did Pepper Potts (Gwyneth Paltrow) sign the check and not Tony Stark (Robert Downey Jr.)? Is Tony dead? Is the “under construction” Avengers tower going to become home for Oscorp or the Fantastic Four? Also, can we talk about how Peter’s suitcase is actually Uncle Ben’s? Anyways, I probably have already spent more than five hours pondering all of these questions, and this trailer came out less than a week ago. Is it really a surprise I’ll be catching it in theaters as soon as it comes out in July?

Jorge: I feel like for the amount of times they show the baby in this trailer, that some large part of the movie is going to involve that baby. Plus, you can hear the the word “Da-Da” constantly throughout the trailer, so that just further reinforces my theory. Are we looking at test tube babies here? More than anything, this trailer just has me confused. Clearly the scientist is “breaking the laws of nature” in some way, shape, or form, but that’s about all I’ve gotten from this besides the fact that Robert Pattinson looks very different with a buzz cut.

Zain: I’ve never seen a Claire Denis film, but if I were to describe High Life (2019) based on the trailer, I would say it looks like an art house interpretation of the sci-fi and space genres. Throw in a focus on sex and reproduction as well, because the trailer seems to spend a decent amount of time highlighting one woman’s infertility and there are plenty of shots of space-sex to go around. It certainly looks interesting. The budget appears to be somewhat low, but the trailer contains a lot of enticing visuals and Robert Pattinson’s performance looks strong. Oh, and did I forget to mention André 3000 is in it? That alone is enough to get me to see a movie. All jokes aside, perhaps High Life will serve as my foray into the world of Claire Denis. After all, it doesn’t look like a bad place to start.

Juliana: I wish I could explain what I just watched, but I really have no idea. My initial thought was that this was reminding me of The 100, especially with the whole “we didn’t fit in society so this post-apocalyptic group of humans decided to ship us off” premise. But then it started feeling like a space spin-off of The Handmaid’s Tale. By the end of it, I was left with at least six movies/TV shows this reminded me of, none of which explained to me what was actually going on with these people. Add in the fact that Robert Pattinson still reminds me too much of the Twilight series and regrettable middle school memories, and I’m left puzzled, speechless, truly having nothing to describe how I feel about this one. Perhaps I’ll eventually watch it to figure it out.

Jorge: I know absolutely nothing about the John Wick series, but the trailer was very musically pleasing. There was something about each downbeat being punctuated by an impact that just kind of spoke to me. While I was enjoying that, all I figured out was, “John Wick needs to escape from somewhere. He’s going to fight his way out,” which honestly, might just be the whole movie. While this is a good trailer, I’m not going out of my way to see this.

Zain: I couldn’t ask for more, and I’ve never even seen the first two John Wick movies. Seriously, this trailer exceeded my expectations. It has everything; Keanu Reeves shooting people on a horse, a neo-noir cityscape, musical accompaniment from the late Andy Williams, and Laurence Fishburne. To top it off, visually, this film looks stunning. The colors pop, the action looks beautifully choreographed, and Reeves is looking as impossibly young as ever. I’m definitely looking forward to it.

Juliana: The only things I know about the John Wick series are what shows up from posts that the Instagram algorithm recommends in my feed (so…Keanu Reeves and maybe dogs? Or pets of some sort?). That being said, I did actually enjoy this one. The action scenes are really well-choreographed, and just the sheer amount of details in the set design are impressive. There’s clearly a thoroughly-developed world building going on in this series, so I’m in for it. I probably won’t catch this one in theaters, but I wouldn’t discard it altogether: I’ll probably end up watching it once I finally give in to Instagram’s wishes and binge-watch the whole series. 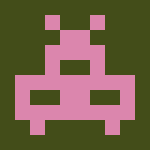