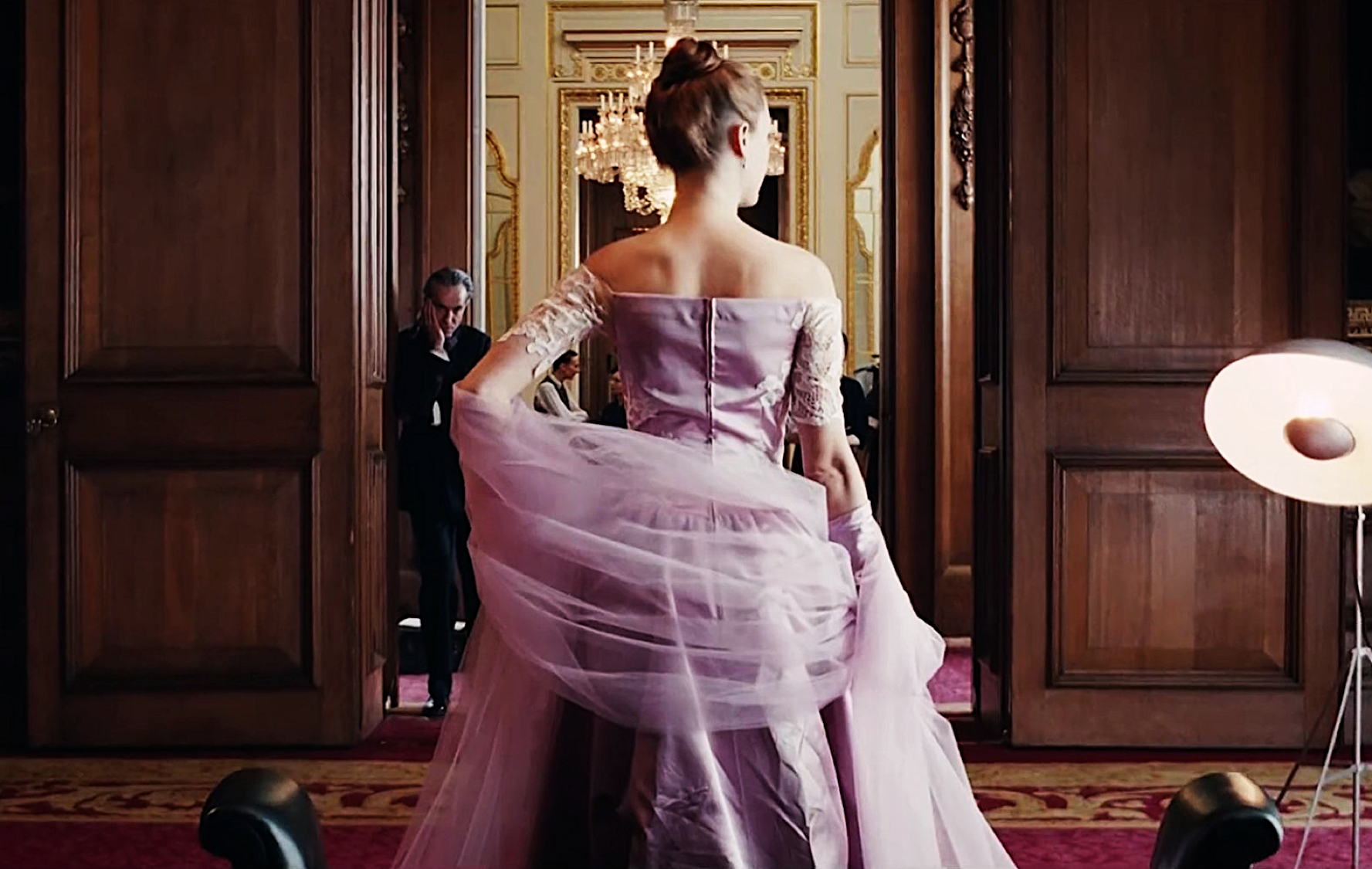 Clare:  While this movie seems like typical Oscar bait, there are a few aspects in the trailer that leave me hopeful.  First, the fact that this is Daniel Day-Lewis’s final movie means that the film is a must-watch, if only to see the portrayal that will almost certainly secure another nomination, if not an win.  Secondly, the film’s costuming is guaranteed to be breathtaking, giving the film’s fashion focus.  Indeed, all of the style elements displayed in the trailer, from the fabric to the silhouettes, ensure that this film will be a visual fashion feast.  Finally, Paul Thomas Anderson’s directorial presence means that the cinematography and editing are sure to match the actor’s captivating performances.  It’s premature to start talking about the Oscars, but not so outlandish to expect that this movie will be mentioned come awards season.

Allison: I was asked about this movie the other day and was honestly shocked that I had not heard of it yet. Paul Thomas Anderson and Daniel Day-Lewis form the core of an immensely talented crew tasked with creating what is to be Day-Lewis’ final film. The trailer is beautifully shot, capturing both the couture of London fashion and the intimate aspects of the characters’ increasingly volatile personal lives. Day-Lewis has the uncanny ability to absorb the character he is playing and completely transform his appearance accordingly (think Lincoln, There Will Be Blood, and Gangs of New York), and it is clear that the same is done in this film. He plays a well-regarded dressmaker for London high society who has lived most of his life as a bachelor, forging relationships as sources of inspiration rather than for love. What begins as a somewhat sterile and carefully tailored story set in 1950s England becomes increasingly tense and conflictual with the entrance of a woman (played by the relatively unknown Vicky Krieps) in Day-Lewis’ life, though it’s not overwhelmingly clear what incites the deterioration of their romance. Regardless, I doubt this film will disappoint and it should prove to be a fitting way to end a monumental career.

Clare:  At one point in this trailer, Liam Neeson’s character (in classic Liam Neeson style) whisper-shouts, “What the hell is happening?!” And boy, am I with him.  This movie takes the standard Liam Neeson-action plot–hand to hand combat, crazy action set pieces on top of moving vehicles, Neesen risking life and limb to save a vulnerable female in his life who has about five minutes of screentime–but ties it all together with what appears to be one of the most ludicrous movie plots in this century.  Neeson, who appears to be an ordinary citizen, is approached on a train by a woman who proposes this crazy hypothetical scenario: if you got $75,000 to eliminate a random stranger on the train, would you take it? Despite this woman’s obvious psychosis, Neeson does not immediately change seats or pretend to have developed sudden hearing loss, so he becomes embroiled in a criminal conspiracy that involves multiple individuals (who all happen to be on the same train), his perfectly innocent wife (played by the criminally underused Elizabeth McGovern of Downton Abbey), and what will probably turn out to be a massive criminal operation operating at the highest levels of government. So basically Taken, if it had the quality level of Taken III.  Maybe a good movie to watch during the January doldrums, but be sure to leave your brain behind.

Allison: If you’ve seen literally any other recent Liam Neeson movie, you’ve probably already seen the majority of this one. The Commuter looks like an action thriller with a recycled plot, aging cast, and predictable fight scenes. There’s only so many ways can you choreograph violence in the tight quarters of a moving train, plane, bus, etc. before you run out of ways to work around the abandoned drink cart. Neeson is approached by a stranger on a train, gets wrapped up in a deadly criminal conspiracy, and must race against time (and threaten people on the phone) to maintain his own innocence and prevent the murder of countless passengers. The Commuter is essentially Non-Stop on train tracks. Liam Neeson and Vera Farmiga are terrific actors and play the roles well, but this film doesn’t look like it will do justice to what they are actually capable of. Unoriginality of plot aside, The Commuter will give its audience what they expect, and most likely, exactly what they are looking for. Big explosions, intense action scenes, and the fate of a terrifyingly large number of people placed in Liam Neeson’s hands. But I’m not worried for the people on the train; nobody takes Liam Neeson for a ride (I hate myself, that was terrible).

Call Me By Your Name – https://www.youtube.com/watch?v=Z9AYPxH5NTM

Clare:  I’ve read the book this film was based on, and have been following its progress towards mainstream release since production started.  Promisingly, this trailer is sprinkled with many scenes that look directly lifted from the novel; this adaptation appears to be a pretty straightforward translation from page to screen.  If that turns out to be true, oh boy.  Audiences will certainly be in for an emotional ride during this international coming-of-age tour de force.  The characters are realistic and compelling, the plot is full of twists and stunning developments, and certain scenes are bound to make audiences drop their jaws.  On the film side, the cinematography around the natural and architectural beauties of Italy looks stunning, and the film’s score (by indie singer-songwriter Sufjan Stevens)  should be amazing.  This will definitely be another film to keep an eye on for awards season. Also, Armie Hammer. That is all.

Allison: I have been eagerly awaiting this film since my friend read the novel it is based on last year. From her, I heard bits and pieces of the plot, the striking prose, and the beautifully twisted parts of a growing romance. I don’t know how true to form the movie will be, but it looks every part as stunningly filmed, casted, and created as the book is written. The subtlety of their interactions, the 80s short shorts and bunched up socks, and the antiquity of Italian architecture contrasted with the modernity of plot are both unsettling and immensely pleasing. I was immediately reminded of Lolita watching this trailer: a handsome, foreign older man begins a hushed relationship with a much younger and impressionable teenage boy. But I think Call Me by Your Name will prove to be much more than a taboo and unconventional love story, both in the age difference and sexuality of its main characters. It’s a story that isn’t always celebrated in film, and I’m excited to see how this movie allows cinema to grow. And bonus, Sufjan Stevens is scoring the soundtrack and you know it’s going to be perfect. 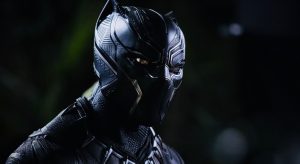 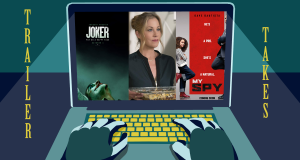