Sam: Mixed feelings from me on this one. Soldado is the sequel to Sicario (2015), a violent, unfettered foray into the war against drugs that happens to be one of my favorite thrillers of recent memory. But it never struck me as likely to receive a sequel. Soldado is missing two people key to its predecessor’s success: Emily Blunt, who gave a restrained performance as an idealistic FBI agent breaking into the world of drug crimes, and director Denis Villeneuve, who elevated Sicario from standard genre fare to a truly remarkable cinematic experience. I’ll likely check this one out to see how the narrative continues, but don’t expect this to live up to the original.

Ines: Day of Soldado is the sequel to Sicario (2015), and it has kept some of its impressive cast, most notably Alejandro Gillick (Benicio del Torro) and Matt Graver (Josh Brolin). It seems to be as intense and action heavy as the first movie, with similar features of back-alley military politics, grey areas where the cartel and border to Mexico are concerned, and yet an odd desire to have a moral compass for some characters. This looks like it would have me on edge during the whole film and leave be exhausted by the end, but in the way that a good movie requires your presence throughout. It’s got characters who are no longer on the same side of things, and incorporates terrorism with the cartel–which seems like a stretch to me, but what do I know about terrorists crossing the border from Mexico? I would definitely go see this because I want to know what happens based on the trailer, and I get caught of with allure of dangerous intelligence in film. The question is whether or not it will live up to the original Sicario, but the level of cast and creators we have here indicates it likely will.

Claire: Alright so there is a lot of violence in this trailer. Too much violence? Yes. Absolutely. Literally nothing else happened, it was just things getting blown up and people shooting each other. I guess this is all in the name of some greater Mexican drug cartel warfare which is still not appealing to me. There’s not a rat’s chance in hell that I will be seeing this movie and for the sheer reason that using gun violence as some sort of excitement mechanism is repulsive, I do not recommend you see it either. There did not appear to be one redeeming quality in this trailer. There were only two women in the entire thing, there were hardly any minorities even though the movie is centered in Mexico, and there was some weird sepia-style filter going on that made the whole thing seem like it was filmed in the middle of a sand storm. So it’s going to be a no from me.

Sam: Frizzy hair, braces, and acne? Oh, the horror! Reminds me how glad I am to be past middle school. Judging from the trailer alone, Eighth Grade appears to be the most authentic look at millennial adolescents Hollywood’s ever seen and appears to capture the challenges of growing up in the age of social media. Coming from production company A24 (also behind films like Lady Bird and Moonlight), I have high expectations for this. I’ve heard only praise since its premiere at Sundance; could this be a “John Hughes film” for the new generation?

Ines: The coming-of-age film is a type of movie that gets produced several times a year. Just this past month, two seperate films surrounding teanagers in high school have been released. What’s different about Eighth Grade is that the actors seem to be the right age (as opposed to 25 year old adults) and it puts the flaws and awkwardness forward instead of creating superficial situations that are supposed to look awkward. Kayla Day struggles with the perception people have of her, the perception she has of herself, and who she actually is. My only thing is I don’t know that I actually want to sit through a movie about the difficulties of eighth grade. Not only have I lived through that, but how many ways are there to make an original movie with conclusions about what it means to grow up?

Claire: I love this a lot!!! This looks very cute and heart-warming; and Bo Burnham wrote and directed it so it has to be good. I would also like to note that this looks like it’s going to give me the same feels that Lady Bird gave me (thank you Sam for pointing out that A24 was also behind that gem of a film), and those were some good feels. The protagonist is also exceedingly likable and adorable and brings me back to middle school in a way that doesn’t make me feel like hiding in a cavern for the rest of my life. I cannot wait for this to come out because if there are two things that’ll get me to a movie theater, it’s coming-of-age plotlines and supportive dads who are trying their best.

Sam: Normally I’m annoyed by those pre-trailer trailers, but this one was clever. I was immediately reminded of Game Night, another game-based comedy released early this year that fared well both critically and financially. Playing MC Hammer’s “U Can’t Touch This” in the background was a nice touch and made it seem like Tag doesn’t take itself so seriously. And Jeremy Renner starring in a comedy? I’m definitely interested to see where this goes.

Ines: I enjoy a good comedy. One that includes Ed Helms, Jon Hamm, Hannibal Buress, Jeremy Renner, Annabelle Wallis, Isla Fisher… it’s just likely to be a good bet. The fact that this trailer says this is based on a true story is both terrifying and hilarious. The four friends have a yearly month-long game of tag, and it clearly leads to wild times and amazing friendship. They care enough about each other to face the bodily harm that comes with adults playing tag, through weddings and funerals they’re always there. I think it’ll be a good laugh and that I may even learn a few things about adult friendships surviving school.

Claire: Yeah okay I’m into this. It’s easy enough to have star-studded casts go wrong (I hated Love Actually so there ya go), but this one feels pretty balanced in terms of focusing on the humor while highlighting individual talents. Plus, these actors and actresses seem to mesh well together. Isla Fisher and Rashida Jones are two of my favorite actresses, and I’ll see anything with Hannibal Buress in it. I’m not super into Jeremy Renner he just kind of reminds me of a bowl of oatmeal, but aside from him this looks funny enough. I probably wouldn’t see it in theaters but could definitely watch it on Netflix in a year when I go, “oh yeah I remember watching the trailer for that; it looked decent.” 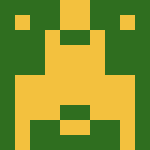 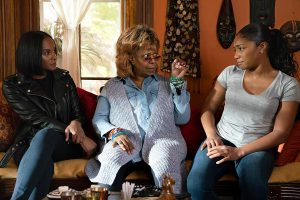