What ever happened to artistry? It’s a legitimate societal concern given the omnipresence of 140-character Twitter screeds and Buzzfeed articles that pare life down to short, consumable, forgettable numbered lists. But it’s an issue that’s even more pressing in the realm of contemporary fiction itself. Recently, we’ve seen J.K. Rowling assert that Hermione would, in fact, have been better off with Harry instead of Ron. We’ve read George R.R. Martin’s self-aware, celebrity-style communiqués about the forthcoming Winds of Winter. But at its core—and at the risk of sounding arcane—the issue is really one of artistic truth: not whether artistry has disappeared but, rather, the question how much ownership today’s artists can claim to exert over it. When interactions between their works and their works’ sizeable fan-bases continue to transform the significance of the original creations themselves, where goes the line between creation and copyright?

Star Wars is perhaps the most iconic and prototypical recent examples of this phenomenon, save for a single—but Death Star-sized—difference. Where Rowling and Martin fans have had to remain content with unofficial fanfiction and cinematic interpretations, the Lucasfilm powers that be have actively facilitated—not to mention handsomely profited from—the proliferation of the Star Wars media empire. The franchise has spawned countless books aimed at every age group, an Emmy-winning cartoon miniseries, graphic novels, clothes, toys, award-winning video games, and award-winning video games based on toys that together comprise the so-called Expanded Universe (EU). In some ways, this aggressive commodification stems from creator George Lucas’s original vision. When A New Hope was released in theaters in May 1977, Lucas opted to negotiate for ownership of the rights to any future licensing and merchandise instead of profiting directly from the film’s direct box office gross—a prescient insight into how quickly the movies’ popularity would spill over into even more lucrative markets.

In the two years since The Walt Disney Corporation acquired Lucasfilm, Ltd. for a staggering $4.05 billion, however, the empire has been placed under new management. One of Disney’s first decrees, executed in April of this year, was to de-canonize and rebrand any previously imagined characters, events, and storylines set within the EU as “Legends.” These Legends retain their association with Star Wars but exist outside a new continuity established by the six feature films, the disastrous animated Star Wars: The Clone Wars movie and better-received Cartoon Network television series, Disney’s forthcoming, thus-far-unappositioned Episode VII directed by J.J. Abrams that kicks off a new trilogy, and any potential film sequels and spinoffs, books, comics, toys, a TV series that debuted this past Friday on Disney Channel to favorable reviews, et cetera.

Streamlining the EU canon does helpfully resolve its numerous incongruities—not even a Jedi Master should be able to pop up unharmed in one medium after biting it in another. Doing so, though, articulates something problematic about trying to restructure creative franchises in the public forum. Disney has answered the question of canonicity—what counts as the real story, which should be left open to interpretation—with its characteristic heavy-handedness and sense of artificiality. To hermetically seal up the past creative proliferation of Star Wars both reduces the breadth of the imaginations it has inspired and excludes much the franchise’s central audience. Perhaps more damagingly, it contracts the scope of the stories Star Wars has challenged itself to tell.

The EU has permitted Star Wars to progress far beyond Luke Skywalker’s storied but staid Monomyth Cycle and Darth Vader’s captivating but trite tale of redemption. More than anything, it has proven that Star Wars isn’t just for kids—or at least that it takes on some pretty seriously adult issues with kids in mind. Tyranny, genocide, rebellion, insurgency, civil war, and bureaucracy all populate the galaxy far, far away—and that’s just in A New Hope. From (literally) constructivist origin stories of the Death Star and Millennium Falcon to the zombified, genre-bending Death Troopers to searing examinations of the bioethical dilemmas of growing a slave army of clones to fight for a democratic Republic, the authors, artists, and directors who comprise the EU have each left an indelible mark on what Star Wars means and how far its stories extend. These genuine, lasting contributions run contrary to Disney’s efforts to demarcate the franchise’s creative boundaries in a boardroom.

Of course, any discussion of the future of Star Wars inevitably circles back to the latest Episode VII news to tantalize the Internet’s virtual scuttlebutt. And, lest I sound too bitter about all this, I’m truthfully looking forward to the film’s release in December of next year. I have full confidence that Abrams will deliver an impressive yet appropriately referential— and maybe even reverential—cinematic revitalization of the brand, just as he did with Star Trek and Star Trek into Darkness. Both those films, not insignificantly, took their cues, and even their cameos, from Star Wars. And don’t get me wrong: I find playful stunts like Batman vs. Superman director Zack Snyder’s stormtrooper arrest and Abrams’ video response as funny—and drool-inducing—as the next nerd.

But what I object to is the apparent effort to rarefy Star Wars across generational lines—the underlying claim that the franchise, a product of the 70s as vibrant today amongst Millennials as it was then, must be translated, buffed up, or refurbished to cater to new, as-yet-uncaptivated audiences. Throughout its history, Star Wars has displayed a durability and complexity that is enviable and unsurpassed by most other franchises, be they set in galaxies far, far away or right here in our very own. This longevity comes not just from the saga’s narrative ability to captivate but from the hospitable relationship forged between Lucas and his fans that allowed it to proliferate beyond the places any one creative team, however brilliant, could have taken it. Disney’s maneuverings have placed this phenomenon, or at least its legacy, in jeopardy. The old Star Wars—from the original films to the EU spinoffs they produced—stands as more than a monument. It’s an adventure in its own right.

Ultimately, Star Wars supercedes films, television, and other accoutrements that make up the Expanded Universe, however. Hype surrounding the production of Episode VII is creating stories in its own right. As The Washington Post recently reported, Darth Vader has a favorability rating higher than all real-world U.S. 2016 presidential candidates—and Stephen Colbert did a bit about it. In a none-too-subtle statement, he’s running for parliament in Ukraine. The point is that Star Wars, along with its original-franchise, time-honored characters, have become an integral and unimpeachable part of worldwide cultural ethos—some much-needed reassurance in the face of Disney’s canonical coup. For fans raised on the original trilogy, and for those who grew up alongside the prequels as I did, the Force is strong with Star Wars as is. And no amount of Disnified fairy dust, movie magic, or product placement can hope to challenge that. 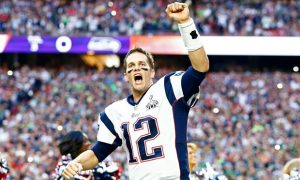