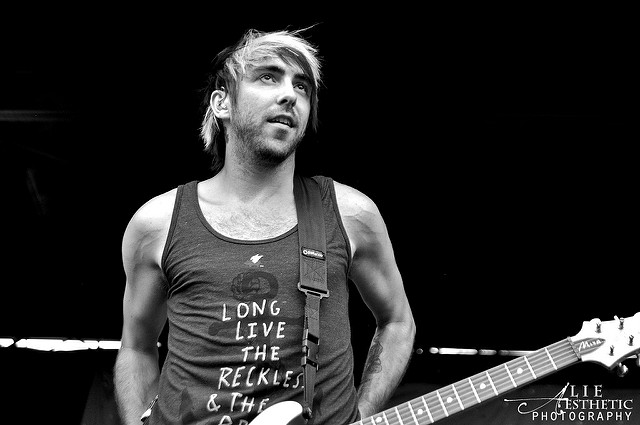 Pop punk icons, Mark Hoppus of blink-182 and Alex Gaskarth of All Time Low completely blindsided the punk world last weekend when they announced on Twitter that they are forming a new band called Simple Creatures. The announcement was as confusing as it was exciting. It came from seemingly out of nowhere with very little information save for the band name, a link to their first single, and when to expect more music. While the combined talent of the two major artists will undeniably lead to some fantastic new releases, it’s hard to shake the feeling that this is like one of those Disney crossover episodes where characters of shows like The Suite Life of Zack & Cody and That’s So Raven all guest star in one mega-episode. It is like a too-good-to-be-true collision of worlds, but it happens to be both good and true—Simple Creatures, blink-182, and All Time Low will coexist and create new music for fans.

Hoppus’ decision to form a new band is not nearly as surprising as Gaskarth’s. Since co-founder, vocalist, and guitarist Tom DeLonge permanently left blink-182 in 2015, the band hasn’t been quite the same. Three years ago, the remaining two members, Hoppus and drummer Travis Barker, enlisted Alkaline Trio’s Matt Skiba and recorded their first studio album without DeLonge since before Enema of the State, the famous 1999 release that plunged blink-182 into the spotlight. While their 2016 album, California, was full of their usual energy and charm, it definitely marked a new era for the band, which likely created room for Hoppus to begin thinking about where else he might take his musical journey.

All Time Low’s last five years have been much less dramatic. Sure, they recorded their most recent album, Last Young Renegade (2017), with a new record label, Fueled by Ramen, but that is hardly on par with losing a band member. Gaskarth did say in an interview with Alternative Press that the end of the touring cycle for Last Young Renegade marked a new era for the band, one in which they could be a bit more experimental with their composition. Perhaps the start of a new chapter in his musical career inspired him to explore opportunities beyond All Time Low.

Although Gaskarth and Hoppus have known each other for years, their paths seemed to cross at the perfect moments when all these changes were occurring. Blink-182’s California Tour spanned from July 2016 through September 2017, featuring All Time Low on several dates. In a radio interview with ALT 98.7 FM, Hoppus described the deep depression that he experienced once the tour was over and how that led to him calling Gaskarth to play around in the studio and just see what happened. The two decided they could turn it into something really cool but agreed to keep it separate from and respectful to their other bands. Simple Creatures was born.

The only real insight audiences have into Simple Creatures’ sound is from their single “Drug,” which is thrillingly different from the music that either blink-182 or All Time Low produces. The song veers more into the pop arena with what Hoppus describes as “ratty, dirty, trashy synth noises.” Yet, Simple Creatures doesn’t totally escape its artists’ roots. Hoppus’ vocals are so distinctive and iconic of blink-182 that it’s hard to completely separate him from it when he is singing “Drug,” and Gaskarth’s vibrant guitar riffs amplify the drum beats, ensuring that they don’t stray too far from their alternative comfort zone. The track is energetic, electric, and edgy—a promising look at what the duo has in store.

With all the material Simple Creatures has recorded, audiences can expect an EP called Strange Love this March and another one later this summer. And if we’re lucky, we may even get a blink-182, All Time Low, and Simple Creatures tour—pop punk fans will definitely need a real headbanger of a concert tour to fill the void left by the death of Warped Tour last year. If Hoppus and Gaskarth could keep that shocking of a secret under wraps for so long, who knows what else they have in store. 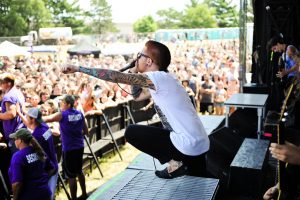