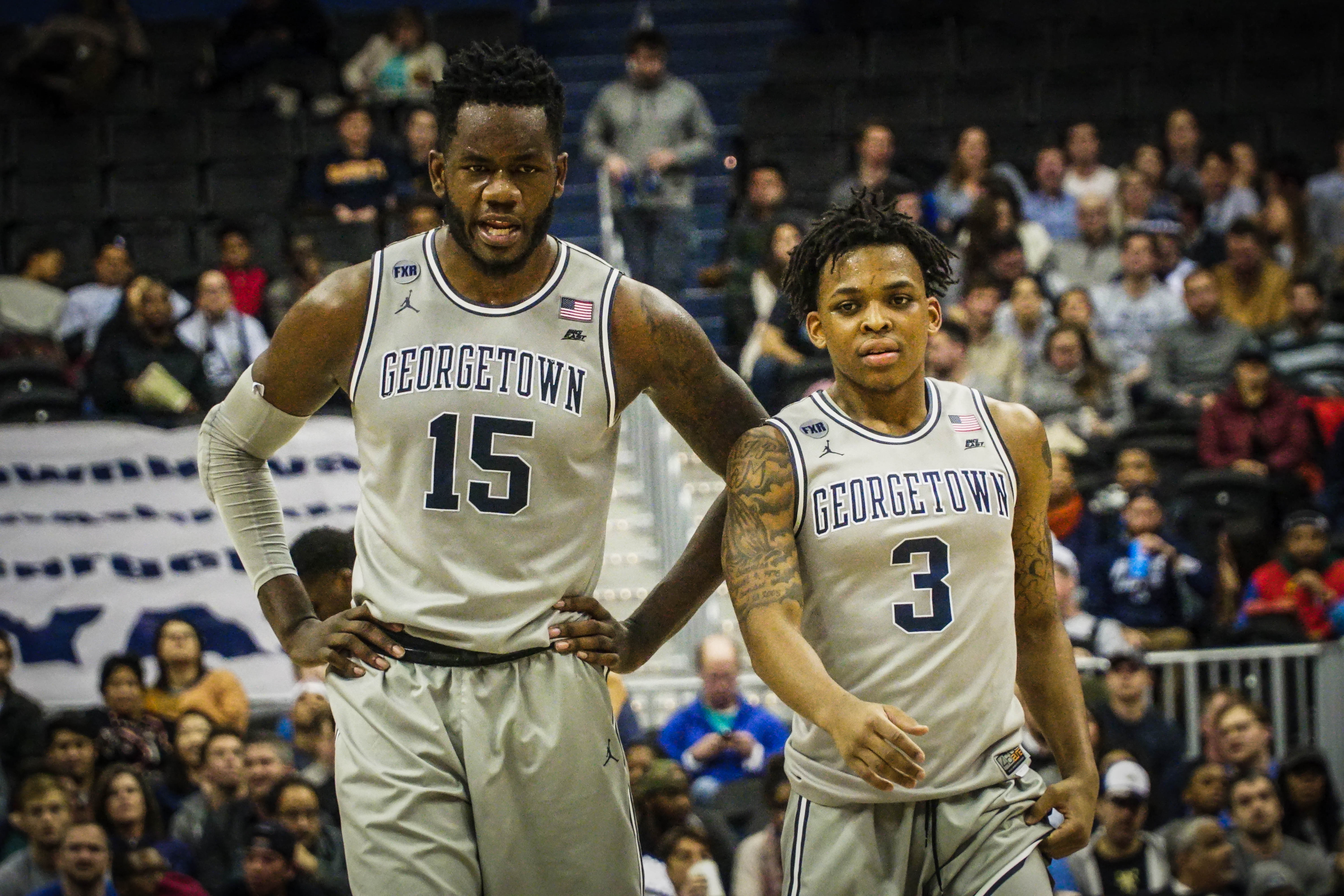 The Hoyas are riding their first winning streak of conference play after wins over St. John’s (16-6, 4-5 Big East) and Xavier. Against the Musketeers on Thursday, Georgetown trailed by eight at the break, but put together a 52-point second half performance to seal the win. With the victory, the Hoyas moved into third place in the Big East standings, but are still four games from the top where undefeated ‘Nova sits. Freshman guard James Akinjo was instrumental in the victory, putting together arguably the best performance of his career. Despite going scoreless with no assists in the first half, Akinjo came out on fire in the second and finished with a line of 23 points, five rebounds, four assists, and five steals, after hitting several clutch 3-pointers down the stretch.

Akinjo and freshman guard Mac McClung will face stiff backcourt competition on Sunday in Villanova redshirt senior guard Phil Booth. In his fifth year with the Wildcats, Booth has been a revelation, averaging career-highs in points, assists, and rebounds. In Villanova’s win over DePaul (12-9, 4-6 Big East) on Wednesday, he had another big game with 19 points and eight assists.

The Wildcats began the season slowly with some surprising losses in non-conference play, but have recently looked much more like the team that won the national title last year. Outside of Booth, redshirt senior forward Eric Paschall has been key to their success. He dropped 20 points against the Blue Demons and averages 17 points and 6.3 rebounds per game on the season. It will be up to freshman forward Josh LeBlanc and senior center Jessie Govan to slow down Paschall inside.

“They’re a talented team,” head coach Patrick Ewing said of the Wildcats. “They have a great coach and they’re playing extremely well. They share the ball, they knock down threes, they drive, so we’re going to have to bring our A-game both defensively and offensively to be able to get a win there.”