School of Rock Sticks it to the Man 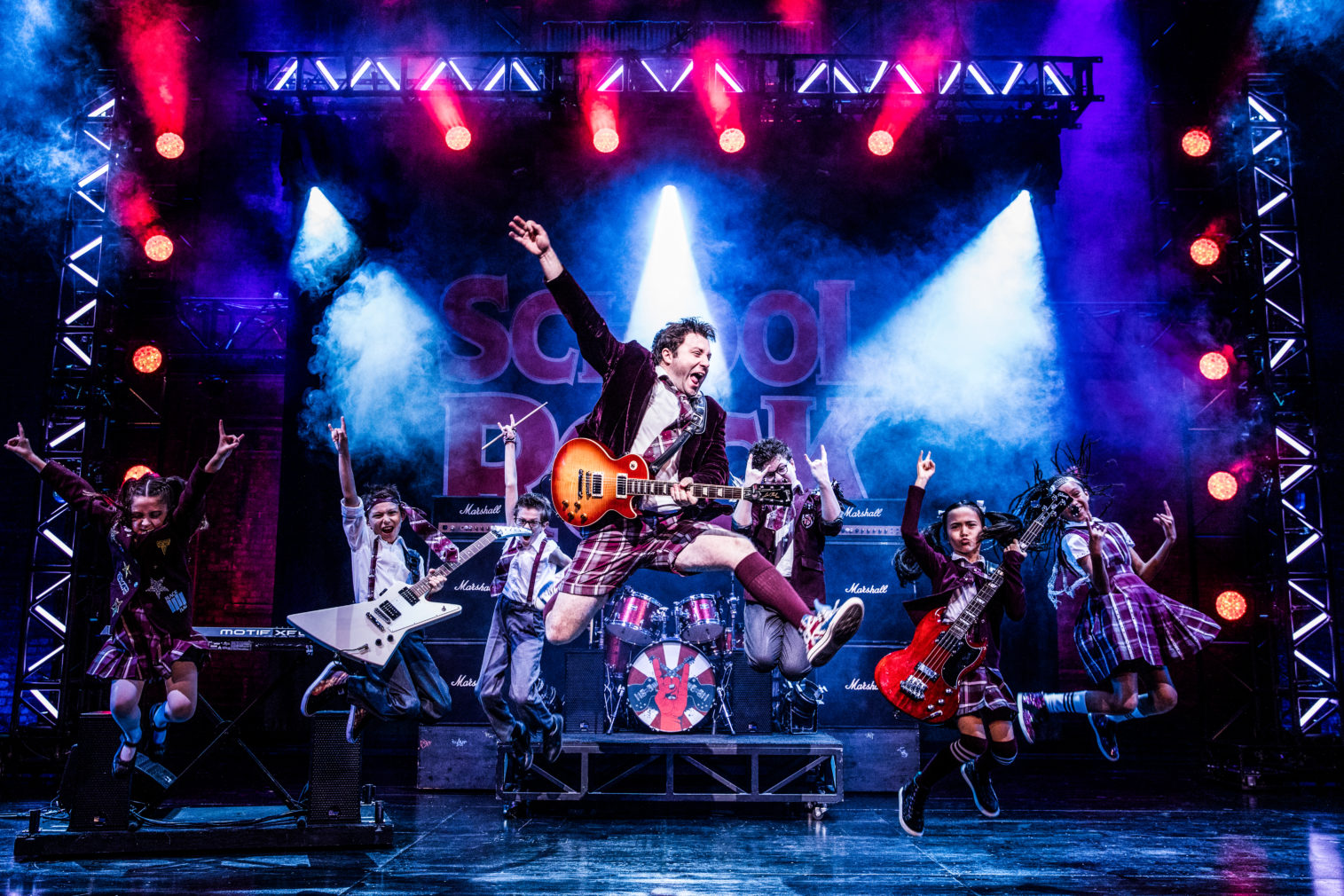 Throughout the second half of January, the touring company for the Tony-nominated musical School of Rock brought a much needed explosion of energy to DC’s National Theatre during the country’s longest government shutdown. Andrew Lloyd Webber’s voice booms out over the speakers at the beginning of the show, saying, “Everyone asks me if the kids we see onstage play their instruments live. The answer is yes.”

The musical follows the premise of the 2003 film of the same name, cleverly expanded with Lloyd Webber’s catchy, pop-fuelled masterpieces. Merritt David James—a perfect follow up to Jack Black—plays the washed-up ex-rocker Dewey, who must find a new job so that he can pay his portion of the rent to his best friend Ned Schneebly (Layne Roate) and his girlfriend Patty (Madison Micucci). He ends up stealing Ned’s identity and taking on a substitute teaching job at the distinguished Horace Green prep school.

It is here where the action really begins. Horace Green is almost comically uptight—full of teachers in sharply pressed suits, all under the watchful eye of Principal Rosalie (Layne Roate). The ensemble bursts into a perfectly-synchronised “Here at Horace Green” as the staff spins around with books and polished shoes. “You do spank em tho, right?” Dewey asks with a wayside grin after listening to Rosalie’s lyrical description of how she aims to teach her students discipline and perfection. From the moment he steps into the school, it is clear that Dewey will bring nothing but chaos and mischief to the institution—one that “sticks to custom” and does “what has to be done.”

James is charismatic and talented, perfectly toeing the line between being a laid-back freeloader and a fiery renegade, leading his students to a musical revolution. His solo, “When I Climb to the Top of Mount Rock,” is epic and catchy—foreshadowing his mission to cultivate the perfect “kick-ass band.” His vocals are consistent throughout the entire performance and he commands the stage with a commendable ease and energy, without losing the slacker attitude the audience knows and loves.

The real stars of the show are the children of Horace Green. Summer, the snarky band manager, is played by the talented Sami Bray. Her character is at times witty and charming, other times irritating and arrogant, and she absolutely lives up to her title as Broadway’s new Miranda Cosgrove. Billy—the stylist renowned for the iconic sentence “You’re tacky and I hate you”—is played by the hilarious Theo Mitchell-Penner. The chemistry between James and his students is a breath of fresh air; Dewey is three parts babysitter, father-figure and questionable influence to his students.

The young musicians are also incredibly noteworthy. Leanne Parks adds a wonderful and humorous dimension to her performance as the bassist Katie, maintaining an exaggerated steely gaze at the audience whenever she starts playing. Instrumentalists also include the multi-talented nine-year old Mystin Incho—who plays Zack, the lead guitarist who plays like the world is about to end and he is the final act, and Cameron Trueblood—who plays Freddy, the loveable drummer. They play their instruments as well as they sing, as shown when their voices weave together in the song “If Only You Would Listen”—a heartfelt ballad directed at their misguided parents who fail to understand their love for music. While the parents’ performances were fairly uninspired, the production’s inclusion of interracial and biracial families compensates for lukewarm acting. To see such a diverse range of families on stage is inspiring to all audience members, including the children watching the show with grins on their faces, already looking forward to singing along to the soundtrack when they get back home.

School of Rock touches on our desire to be heard, valued and loved. From Rosie’s rousing solo “Where Did The Rock Go?” where she mourns the loss of her youth, to Tomika’s (Grier Burke) stunning rendition of “Amazing Grace,” this is a musical about voices heard and unheard. Inclusivity is particularly emphasized in the song “You’re in the Band,” where Dewey rouses his disillusioned students into an enthusiastic and iconic anthem. Both the audience members and the characters instantly feel like they are part of something special.

The stage turns into a concert arena during the ‘Battle of the Bands’ in Act Two. The lighting and set quickly shifts, transporting audience members out of the National Theatre and to a rowdy music venue. The performers deliver beloved hit after hit – from “School of Rock” to “Stick It To The Man.” The cast’s final songs were the perfect way to end a thrilling show that had proved consistent from start to finish, utilising the talents of all the members on stage. The audience’s standing ovation rung out long after the actors left the stage. 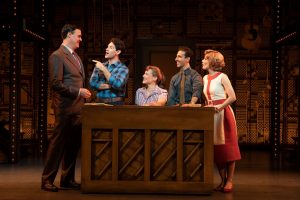 Beautiful: The Carole King Musical is Some Kind of Glitterful and Wonderful