Famed guitarist and singer Carlos Santana has come out with a new EP containing three tracks and two edits. The genesis behind the record is linked to the artist’s transformational experience of finally seeing Da Vinci’s masterpiece The Mona Lisa in the Louvre in Paris, France. Through three songs, Santana attempts to express how this art takes him back to an experience with a former lover. With its distinctive latin beats, bluesy guitar riffs, and lyrics that switch between English and Spanish, the record screams Santana, reminding listeners why the band took the rock scene by storm fifty years ago in Woodstock. Unfortunately, In Search for Mona Lisa lacks direction with lackluster lyrics, and seems lazy and over-reliant on Carlos Santana’s genius with the guitar.

The first track, “Do You Remember me?” is undoubtedly the highlight of the record. It was recorded live in one take and features nearly 10 minutes of Santana playing the same tune on the electric guitar, while instruments progressively add themselves to the mix, until he starts to sing, giving the song a vibe akin to Ravel’s Bolero (1928). This track brims with masterful stacking of repetitive elements without boring the listener. While there is a much shorter, edited version of the song on the album, it is the the raw version that most clearly exposes the passion and meaning that Santana tries to bring to his newest project.

The titular track, “In Search for Mona Lisa,”  is a tentative success. The three songs of the record are cleverly woven together to tell a story, as illustrated when Santana sings “Do you remember / When we were lovers / Oh, in another time.” Outside of that brief moment of clever lyricism, the lyrics are largely repetitive and fail to properly explain why finally seeing the Mona Lisa was such a transformative experience.  The track is ultimately saved by what transforms any Santana record from good to great: the electric guitar. In this case, the riff ties the different sections of the song together, culminating in a talented solo. This element is the closest Santana gets to properly expressing the vague emotions of overwhelming love, nostalgia and wonder.

The last track, “Lovers From Another Time” is a definitive flop. The production is comparable to if a handful of novices got a hold of Garageband and utilised all and any available samples. While the sound quality may be passable, the track lacks direction. It is an unordered-chaos of synthetic strings with a beat that harkens to muzac. The teasing guitar and drum solo fail to take off, and this is made worse by the nonsensical vocals that seem to have lost their way in the mess that makes up this track. It is confusing as to whether “Lovers From Another Time” projects slickly produced aerial security video or boutique hotel elevator vibes. It is a shame that In Search for Mona Lisa may be remembered on this note. 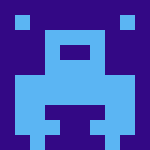