Contagiously Jovial, Yet Thoughtful Gloria Bell is a Showcase for an Actress in Her Prime 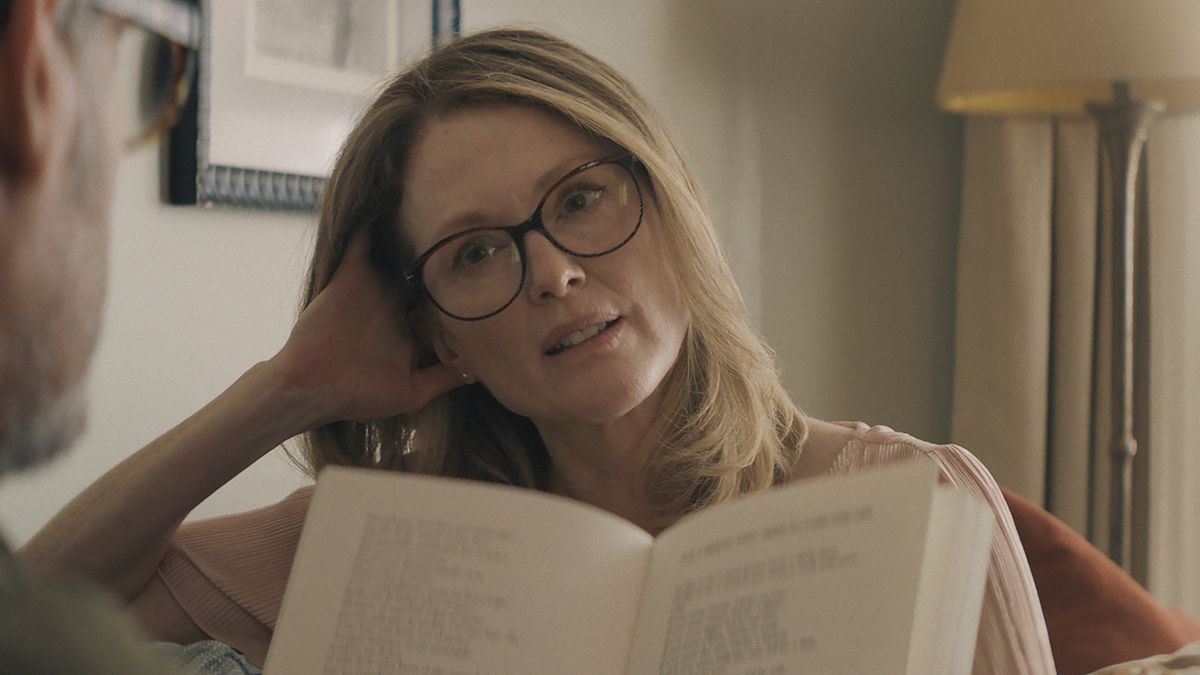 At one point in Gloria Bell the titular character mischievously exclaims: “If the world blows up, I hope I go down dancing!” With this, Gloria tells us everything we need to know about who she is and what drives her, presenting a unique portrayal of a woman who lives by her own terms and does not let anyone tell her what to do. She likes to go clubbing, she likes meeting people of all walks of life, she is kind, loving, fun and, most of all, she is not afraid to let loose. She is free. In the #MeToo era this characterization might not seem as original, but Sebastián Lelio’s incisive script and spot-on direction coupled with Julianne’s Moore mesmerizing performance win you over with their frankness and simplicity, providing a fascinating character study with just the right amount of hard realism and melodrama.

The movie begins in a disorienting manner, with the camera panning down as it methodically scouts an eighties night club as if looking for someone. At the bar, there is Gloria, having a drink while also scouting the middle-aged, carousing crowd. She dances a little, clearly having a blast, and then returns to her humble apartment in a middle-upper class neighborhood in Los Angeles. The following scenes show short snippets of Gloria’s daily life as she engages with clients over the phone at work, goes to yoga class with her daughter (Caren Pistorius), babysits her son’s (Michael Cera) newborn baby or passionately sings to eighties’ tunes on the radio. While at first glance these sequences may appear inconsequential, by the time the first official ‘exciting incident’ occurs Gloria has become sort of an old friend you have known for years who no longer needs to invite you to the ride because, well, you are already in.

This incident, as excepted, occurs at a bar, where Gloria flirtingly exchanges glances with another, seemingly confident divorcé, Arnold (John Turturro). Soon, they start talking and, most importantly, dancing, the night ending with a trip back to Gloria’s apartment. Arnold is clearly smitten by Gloria and her free spirits and, though she is more hesitant to start a relationship, her mantra of always being fearlessly open to new situations and living life to the fullest kicks in as he allows herself to be swept up by romance. Besides, who says she can’t? This development marks a tectonic shift in Gloria’s relatively quiet life as now there is someone else added to the equation and she, with her ever-present curiosity and enthusiasm, is all in. However, what starts as a textbook movie romance soon becomes plagued by the harsh realities of life, complicating the dynamic between Gloria and Arnold as frustration and heartbreak seep in.

While the movie’s plot may sound generic, Lelio’s script transcends banality by imbuing the characters and situations with compelling nuances and particularities, successfully combining different genres. On the surface, one may describe Gloria Bell as a number of different types of dramas: a feminist drama, an existential crisis drama, a mere romantic drama, a family drama of sorts or even a dramedy. The brilliance of the script is that it manages to be all of them at once and then some, becoming a movie as difficult to categorize as its lively protagonist. Lelio’s direction is also noteworthy as he smartly keeps the focus on Gloria throughout—the camera always follows her, providing striking insight into her day-to-day. He invites us to share in Gloria’s journey and rewards us for accompanying her by providing penetrating observations about life itself through ordinary, daily occurrences. This might give the film a more intellectual and philosophical edge, but a protagonist like Gloria guarantees fun along the way.

To say that Julianne Moore excels as Gloria would be an understatement given the amount of heart and feeling she brings to the character. Originally played by Paulina García to great acclaim in the 2013 Chilean version of the movie by the same director, the hypnotic Moore rises to the challenge of making the character her own. Always with a twinkle in her eye, her Gloria is an exquisite creation made up of little quirks and peculiarities. She initially seems like one of us, but the more you observe her it becomes clear that she is living her own party. She is fierce, fearless, heartbreaking, vulnerable, funny, good-natured, and uncommonly sweet, winning us over with her first smile. She is by no means perfect, but she does not have to be and she knows it. Simply put, this is the first truly great performance of 2019.

If the film can be faulted on anything it’s the sometimes lacking characterizations of its supporting players. While this is often related to the amount of screen time each is given, for others it is the result of the actors not being wholly convincing in their roles. Michael Cera as Gloria’s son, in a welcomed yet understated role, and Holland Taylor as her mother, doing so much with a single look, fall in the former, but John Turturro’s Arnold, with second billing, sadly falls in the latter. There is nothing particularly wrong with his turn as an irritatingly inconsistent, spineless fool, who talks too much but does little, it is just that he is never able to effectively put us in his character’s shoes. We can understand why Arnold behaves in such an uneven way, it is all in the writing, but Turturro struggles to successfully sell Arnold’s actions, ending his arc unsatisfyingly. The only saving grace is being able to watch Gloria aim at him with a paintball gun and not miss. Her bursting into laughter afterwards is just the cherry on top.

All in all, Gloria Bell sneaks up on you and leaves you cheering once the credits start rolling. The movie fittingly, and rather rousingly, closes with Laura Branigan’s 1982 hit song as Gloria paints the town one last time on the dance floor, letting the audience know that, whatever happens, nothing will bring this remarkable woman down. “Gloria, Gloria” indeed.