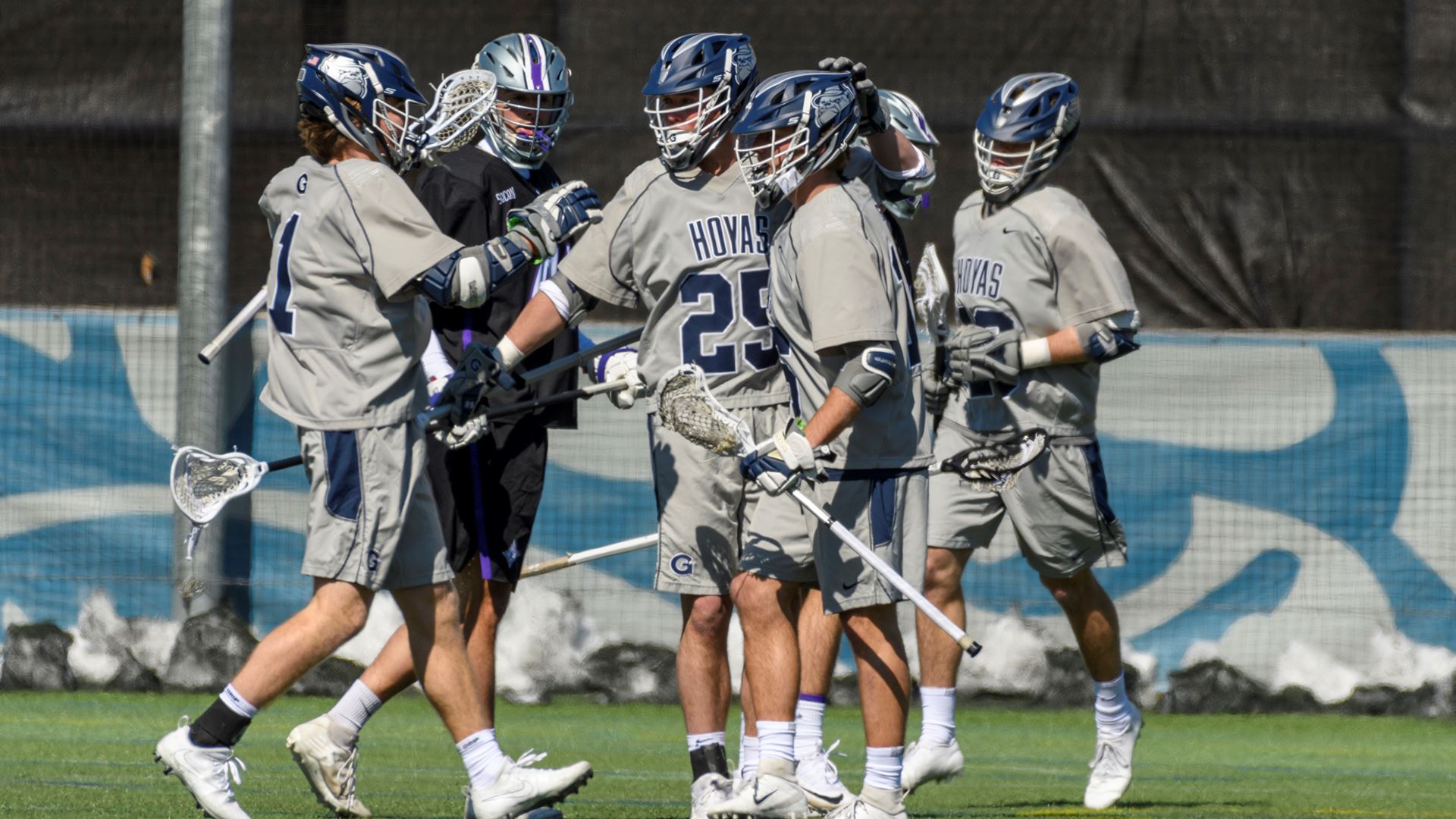 The Georgetown men’s lacrosse team (8-4, 1-2 Big East) lost a close 17-15 decision in Baltimore Tuesday night, falling to No. 2 Loyola Maryland (9-2, 5-0 Patriot League). Three days after going on the road and beating conference opponent Providence (5-6, 1-1 Big East) 17-15, the Hoyas found themselves on the losing end of a two-goal decision despite a stellar second half performance against the powerhouse Greyhounds. Junior attackman Jake Carraway recorded five goals and an assist for the Blue and Gray, but was outshone by Loyola sophomore attackman Aidan Olmstead’s two scores and and six assists.

It was the visiting Hoyas who jumped out to a two-goal advantage in the first period on goals from two seniors, midfielder Lucas Wittenberg and attackman Daniel Bucaro. Georgetown held the Greyhounds at bay for almost seven minutes, but Olmstead got his day started with an unassisted tally at 8:20. He would assist fellow sophomore attackman Kevin Lindley twice to give Loyola the lead before junior midfielder Massimo Bucci knotted things for the Hoyas. Lindley completed his hat trick as Loyola struck twice more before the end of the first quarter, however.

Carraway got his first goal 1:56 into the second quarter, but the remainder of the half was largely the Olmstead and Lindley show. Three goals from the attackman pair and two more from midfield contributors, interrupted only by Bucci’s second tally, saw the Greyhounds quickly seize a 10-5 advantage. Bucaro would make history as the second Hoya ever to reach 200 career points with his marker with 2:20 remaining, but, predictably, was answered by a goal from Olmstead to Lindley with 22 seconds left, giving the hosts an 11-6 halftime lead.

Georgetown was outshot 26-15 in the first half, but a strong performance from sophomore goalie Owen McElroy (8 saves) kept the contest relatively close.

The third quarter saw the two squads trade scoring runs, with the Hoyas getting the better of LUM. Bucaro picked up where he left off with the half’s opening tally, before Carraway was twice set up by senior attackman Robert Clark to bring the Georgetown deficit to two. Lindley stopped the bleeding for Loyola but that goal was pegged back by freshman midfielder Dylan Watson’s extra man score for GU, before a pair of home goals two minutes apart cushioned the Greyhound lead. Georgetown grabbed a deserved near buzzer-beater on senior midfielder Patrick Aslanian’s goal with three seconds remaining. The Hoyas ripped 18 shots in a much-improved third period, forcing eight Loyola saves.

The momentum on their side, Georgetown stayed hot into the fourth quarter with Watson scoring on an assist from Bucci 3:22 in. Tense minutes followed, but the Hoyas finally pulled within one on Carraway’s fourth with 5:32 left. A heads-up restart from Olmstead gave Loyola an insurance goal two minutes later, but Carraway’s bouncing shot 47 seconds revived the Hoyas’ comeback efforts. Winning the ensuing faceoff, Carraway twice tested the Loyola net from the left side in the waning seconds of the match, but senior goalie Jacob Stover stood tall in the home net. A desperation GU penalty allowed Loyola to put the game to rest, 16-14, with 23 seconds left in the contest.

Georgetown will return to action this Sunday on Cooper Field against No. 16 Villanova (7-4, 2-0 Big East). The game is set to begin at 1 PM with television coverage from the CBS Sports Network. Follow @GUVoiceSports on Twitter for coverage of all spring sports at Georgetown.