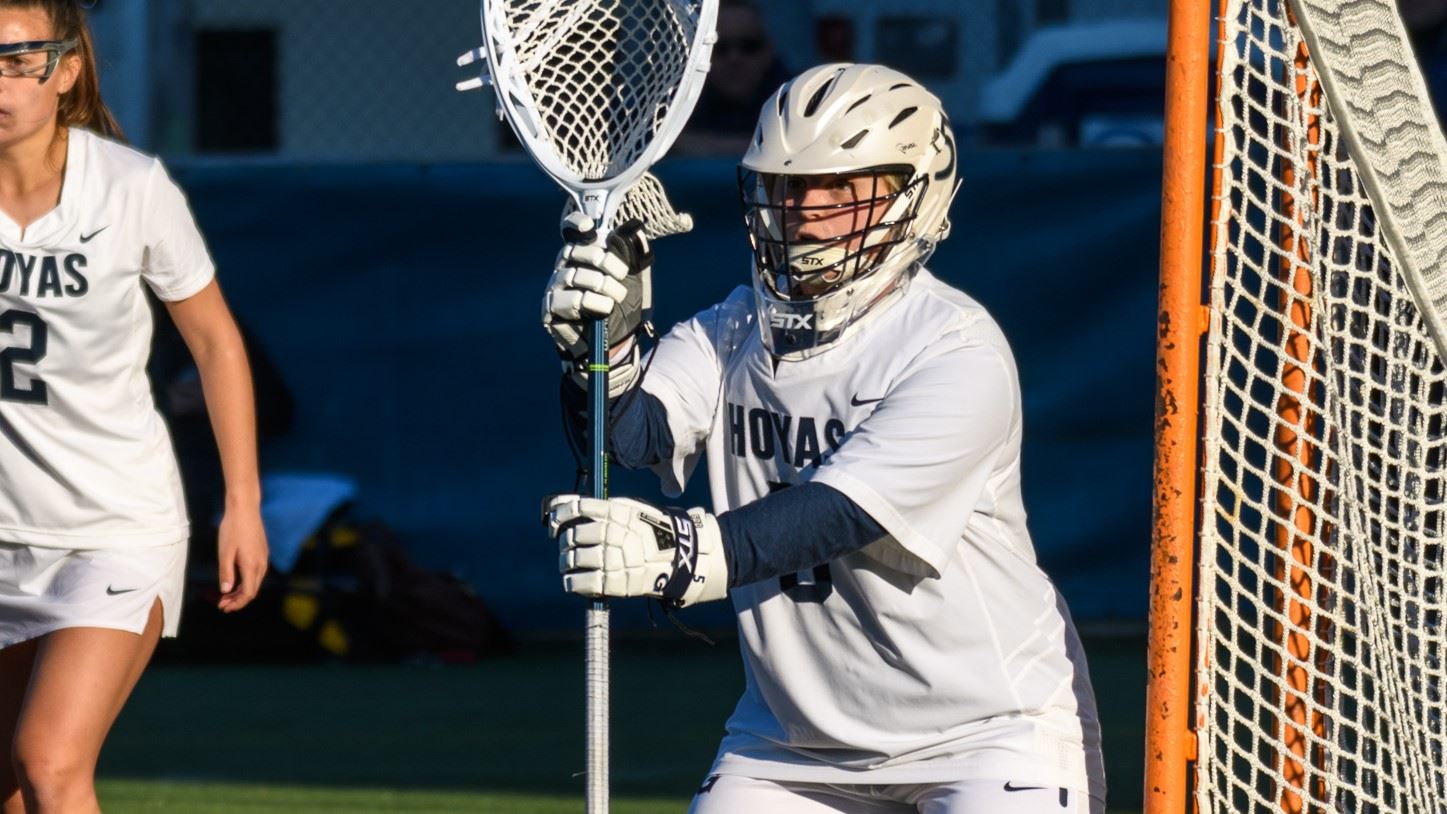 The game started well for Georgetown (7-6, 1-1 Big East) with Bruno striking the first blow after 53 seconds, but Navy (10-3, 4-1 Patriot) responded immediately, taking the ensuing draw and winning a free position shot that Heyward put away for 1-1. From there, the game slowed as both defenses held firm, but senior defender Megan Massimino went down injured while chasing a Navy attacker in transition and was forced to miss the rest of the game.

“You don’t replace somebody like Massimino,” head coach Ricky Fried said. “It’s one of those things that you don’t know what you miss until you don’t have it, not so much for me but I think for our team and people watching because she does so much that’s little and unnoticed. So we’re going to have to rally around her and adjust and hope we get her back, but plan for the worst and hope for the best.”

Eventually, Victory would score in the 18th minute to make it 2-1 before Larkin scored again in the same minute to give Navy a 3-1 lead. Senior attacker Morgan Ryan added a second for the Hoyas, and in the 20th minute, Whitehurst scored to even the score at three. Navy would finish the half on the front foot, with Lazarides and Larkin scoring to end the half, but Navy’s two-goal lead was largely thanks to eight saves from senior goalkeeper Gab Harchelroad. Despite having six more shots, Georgetown’s continued shooting struggles meant that Navy held a 5-3 halftime lead.

The Midshipmen extended their lead in the opening minute of the second half with a goal from sophomore attacker Ellie Lecker before Gebhardt scored two quick goals to make it 6-5. For the next five minutes, the two teams would trade goals, first Larkin for Navy, then junior attacker Emily Ehle for Georgetown, then a response from Heyward, before Whitehurst made it 8-7 after Bruno improvised on a broken play. Lazarides and Larkin scored back-to-back goals before freshman attacker Ali Diamond looked to put the wind back in Georgetown’s sails at 10-8. From there, though, the Hoyas fell apart. Three goals from Victory, one from Heyward, one from Lazarides, and a final one from Victory capped off a 6-0 Navy run, putting the game out of reach. Bruno got a consolation, but the Hoyas slumped to another defeat.

“A lot of it’s possession, possession for us and then doing small, little things on the defensive end to support each other,” Fried said. “Don’t want to make excuses, but it’s hard to replace somebody like Massimino inside. I think our defense a little bit fell apart.”

Georgetown looks to bounce back at Villanova (8-5, 2-0 Big East), as well as grab a foothold in the Big East race. For coverage of that game, as well as all of Georgetown’s athletic programs, follow @GUVoiceSports on Twitter. 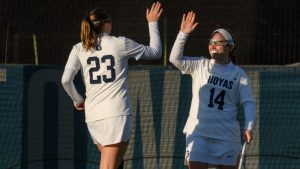 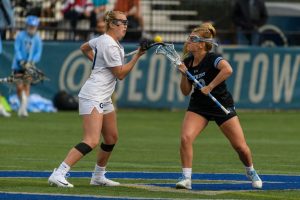 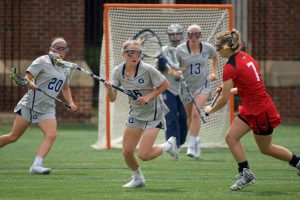