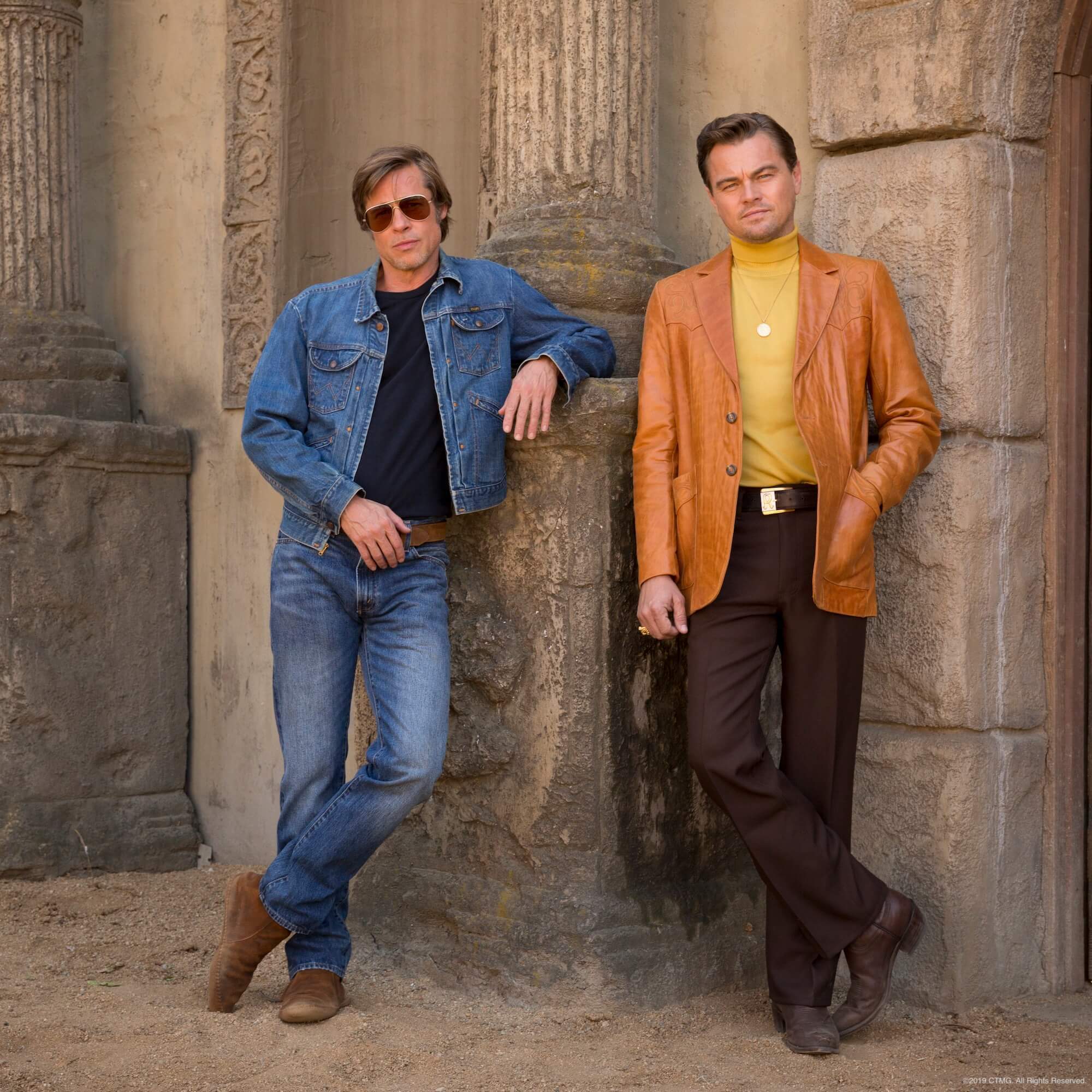 Once Upon A Time In Hollywood: https://www.youtube.com/watch?v=ELeMaP8EPAA

Katie: I have only two syllables to describe what I just witnessed: oy vey. I know that this film is getting good reviews post-Cannes, but I am not buying whatever Quentin Tarantino is selling in this one. Frankly, the Brad Pitt-Leonardo DiCaprio bromance, which had so much potential, comes across as uninspired and lacking chemistry in this two and a half minute disaster of a trailer. I sincerely pray that the duo feels more dynamic and interesting in the actual film, because the two are every church mom’s match made in heaven. It’s possible that “Once Upon a Time in Hollywood” is suffering from Tarantino Trailer Syndrome—a chaotic and confusing preview for a movie that turns out to be excellent in full. When you consider the iconic director’s classic style of filmmaking, Tarantino’s movies rarely lend themselves to a concise, two-minute highlight reel that makes any kind of sense. That’s no excuse for “Once Upon a Time in Hollywood” to look this wack, however. White men doing something, random outbursts of violence, talented actress completely underused in her role…what makes this film different from every other Tarantino movie? Cinematically, the movie looks beautiful, and I guess that’s something. But from the creator of classics like “Reservoir Dogs,” I want more. In 2019, there are dozens of talented directors doing amazing things with film. Simply being Quentin Tarantino is no longer interesting enough to pull me in.

Sky: I’m… confused. I’ve definitely responded to a few trailers with the critique “this movie doesn’t seem to know what it’s trying to be,” but I feel like, in this case, the trailer itself doesn’t know what it wants to be. It divulges what I originally thought was a pretty significant amount of plot: Leonardo DiCaprio is a Hollywood star in the late 1960s, and then he fades from the limelight as his stunt double (Brad Pitt) rises to fame. Then, in classic Tarantino fashion, the trailer devolves into nonsensical action shots and attractive women dancing. It’s almost like Tarantino knows he needs to include an ending sequence to keep the audience interested after the initial premise of the movie has been posed… because it’s boring. After the first half of the trailer, I was left hoping that DiCaprio and Pitt’s basic storyline actually turns out to be a set-up that will take up max a quarter of the film’s overall run time (I just did the math, that’s still 40 minutes, good GOD this man makes long movies). I am a simple woman—if the trailer had just been random action shots and party scenes, I would honestly be more inclined to see this movie than I am now. The trailer should have either left us almost completely in the dark about the plot, letting the chaos speak for itself, or it should have worked on making the premise seem decently interesting. This preview attempts to do both and instead does neither. If you showed me this exact trailer but with actors I didn’t care about and a director I’d never heard of, I would not pay money to see this movie. But, I think Quentin Tarantino, Leonardo DiCaprio, Margot Robbie, and Brad Pitt deserve the benefit of the doubt, so catch me in the theaters in late July.

Anna:  So on the one hand, it was great to finally watch a trailer that did not give away the entire plot of the movie, however on the other hand, this trailer has successfully confused and frustrated me to the point where I am actually motivated to see this movie in theaters. There are just so many questions swirling in my head: What is Al Pacino doing in this trailer? Is this movie mocking Hollywood or glorifying it? And finally, what even is Margot Robbie’s purpose in this film? I wanted to desperately like this trailer because I mean what’s not to like with a cast made up of Brad Pitt, Leonardo DiCaprio, Margot Robbie, and Al Pacino, but I can’t get behind this film because I don’t even know what it is about! Maybe I’m not one of those artistic minds that Tarantino caters his films towards, but I just don’t get the premise of this film. All I know is that Brad Pitt’s abs make an appearance in the film and that’s all I need to get me into the door of a movie theater. 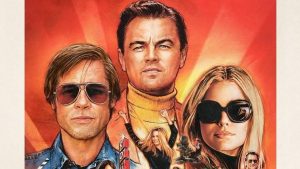 Not sure how people who attend Georgetown could be so naïve. It’s a movie about two men navigating Hollywood in 1969, check. One of which is losing his star quality and lives next door to Roman Polanski and Sharon Tate on Cielo Drive in Los Angeles, check. The other gets involved with a woman who takes him to a VERY infamous ranch run by some guy named “Charlie,” check. Ominous shots of what look like the Manson Family staring down a lone Brad Pitt, check. Shots of said family members walking down a suburban street holding onto knives, check.

You are not able to catch any intrigue here? Or you just don’t have the slightest sense of (Hollywood) history? Does the examination of a changing movie culture during the end of the free love era and running up against Charles Manson and his family not seem interesting, especially considering that we are in the #MeToo era? Are you going to explain to me how the muddled story and thematic of ‘Us’ is brilliant compared to what is being offered up here?

“White men doing something, random outbursts of violence” and “But from the creator of classics like “Reservoir Dogs,” I want more” seems like a direct contradiction. What is Reservoir Dogs if not a bunch of inept white men, uh, “doing something” and creating “random outbursts of violence?” But that’s a classic and this (ahem) trailer just can’t stand up but to that movie… And insinuating that the talented actress involved is underused without seeing the film is one thing but then further insinuating that it’s the same as other Tarantino films? Like how Pam Grier was underused in Jackie Brown? Or Uma Thurman in Kill Bill and Pulp Fiction? Or all the actresses in Death Proof? Or Melanie Laurant and Diane Kruger in Inglourious Basterds? Forgive me for not seeing your point. By asking what Margot Robbie is doing in the film just goes to show how you have absolutely no sense of what is going on here. The trailer is VERY clear about who she is playing and why that is important to the timeframe the movie takes place in. How exactly she interacts with Brad and Leo, I’m sure I don’t know but let that be for the movie to reveal and not this trailer.

Hopefully, the next trailer you pick will force-feed the premise and storyline down your throats so that it won’t be so confusing and baffling to you! Then you can see the movie and instantly react to your favorite scenes from the trailer! Oy vey, indeed.

Couldn’t agree more with Kevin ….to quote Woody Allen with apologies “he had not the slightest idea of what to do with the instrument ( the cello) he was blowing into it”
How can you be as unaware as you surely must be, of the era, the history, the crime of the century, the end of old Hollywood, and still feel qualified to critique this trailer?
This is not a bromance for Christ’s sake. Stop blowing into the cello and do a little research.

hey everybody. turns out if you blow into a cello a massive blue ghost version of Woodie Allen comes out and grants your wishes. also, kevin seems like the dude in your one mandatory stats class who’s ripping 18 juuls while trading bitcoin (which he’ll only ever call “crypto”) and talking about how he found a severely underrated french noir film that only aired in two movie theaters and a handful of Czechoslovakian brothels.

Huh? I don’t even know what the fuck a juul is. However, I do have a pretty basic knowledge of history and was pointing out that the author(s) of this article don’t seem to recognize the Manson family murders or their most famous victim, Sharon Tate. The author’s are writing about how they are confused and don’t get it – I’m pointing out that even if you dislike Tarantino, you’d have to be pretty dim and thick-headed to not grasp what’s going on.

In any case, it’s you who reads like the crypto (?) hipster who’s totally cool with the ignorant comments of the author and feels the need to coolly go against the grain by making (non) witty comments because someone called them on their bullshit. Good for you, slick. Turns out if you blow into a Cello…..just kidding, it was already retarded the first time you wrote it. Who the fuck blows into a Cello?